Guess what, y’all… We’re going to be on TV! Well, notus, but our collection. 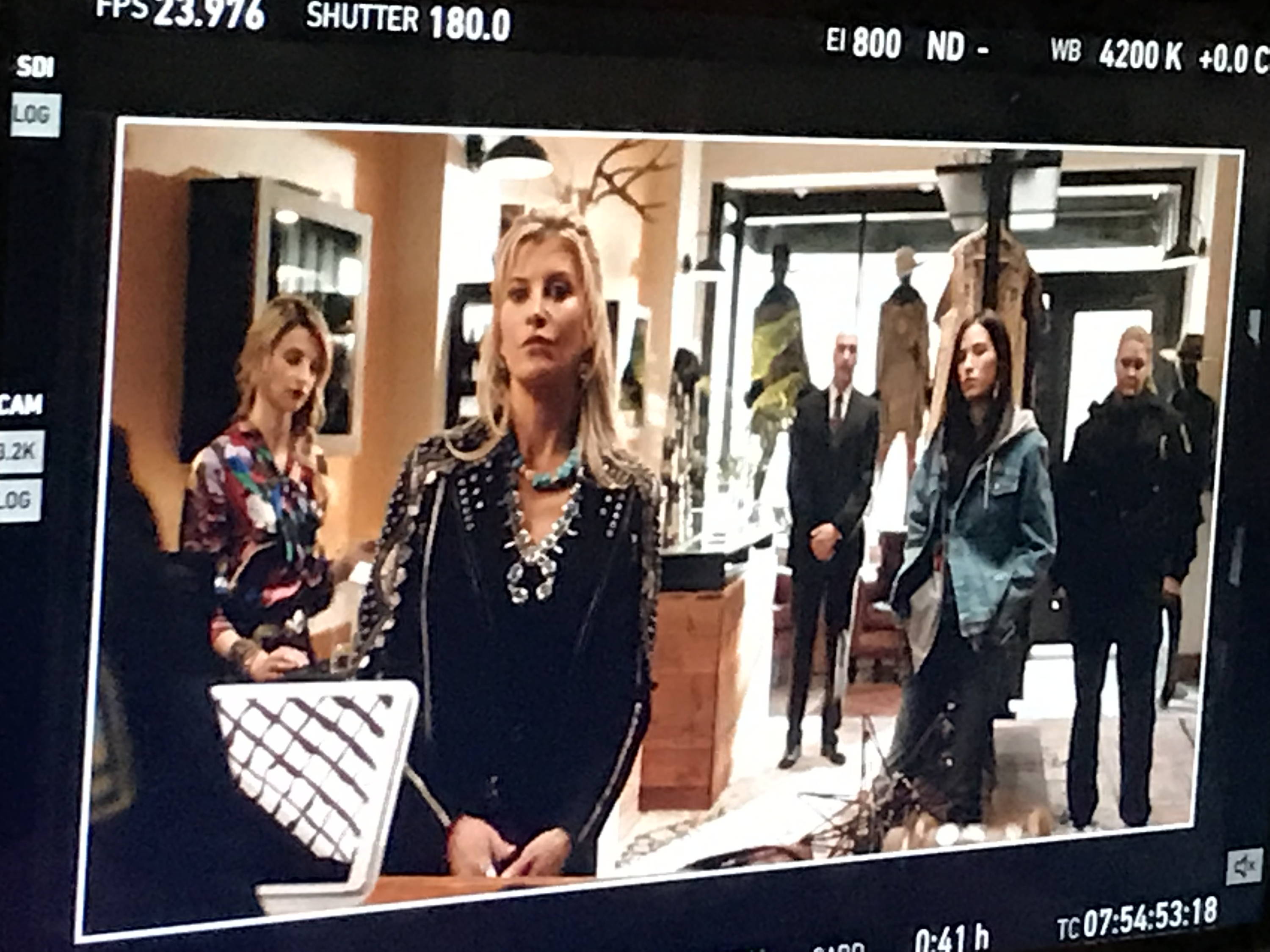 The folks over at Paramount Network needed to stage a high-end shop full of swanky Western-wear for a scene in next week’s episode, “Enemies by Monday”. Lucky for us, set-designer extraordinaire, Carla Curry, happens to be a fan (and friend) of Double D Ranch. (Learn more about Carla here.)

The script originally called for a Tom Ford boutique. In Bozeman, Montana? Get real. So what is of that caliber but fits the scene? Quick-thinking Carla suggested DDR, whipped out her phone and showed the director some of our stuff. “Perfect! Can we get it?”

Well, yes, technically, we could get it there. But in true DDR fashion, it’s always a little bit of a crazy story -- no amount of good fortune comes without a little hoop-jumping! 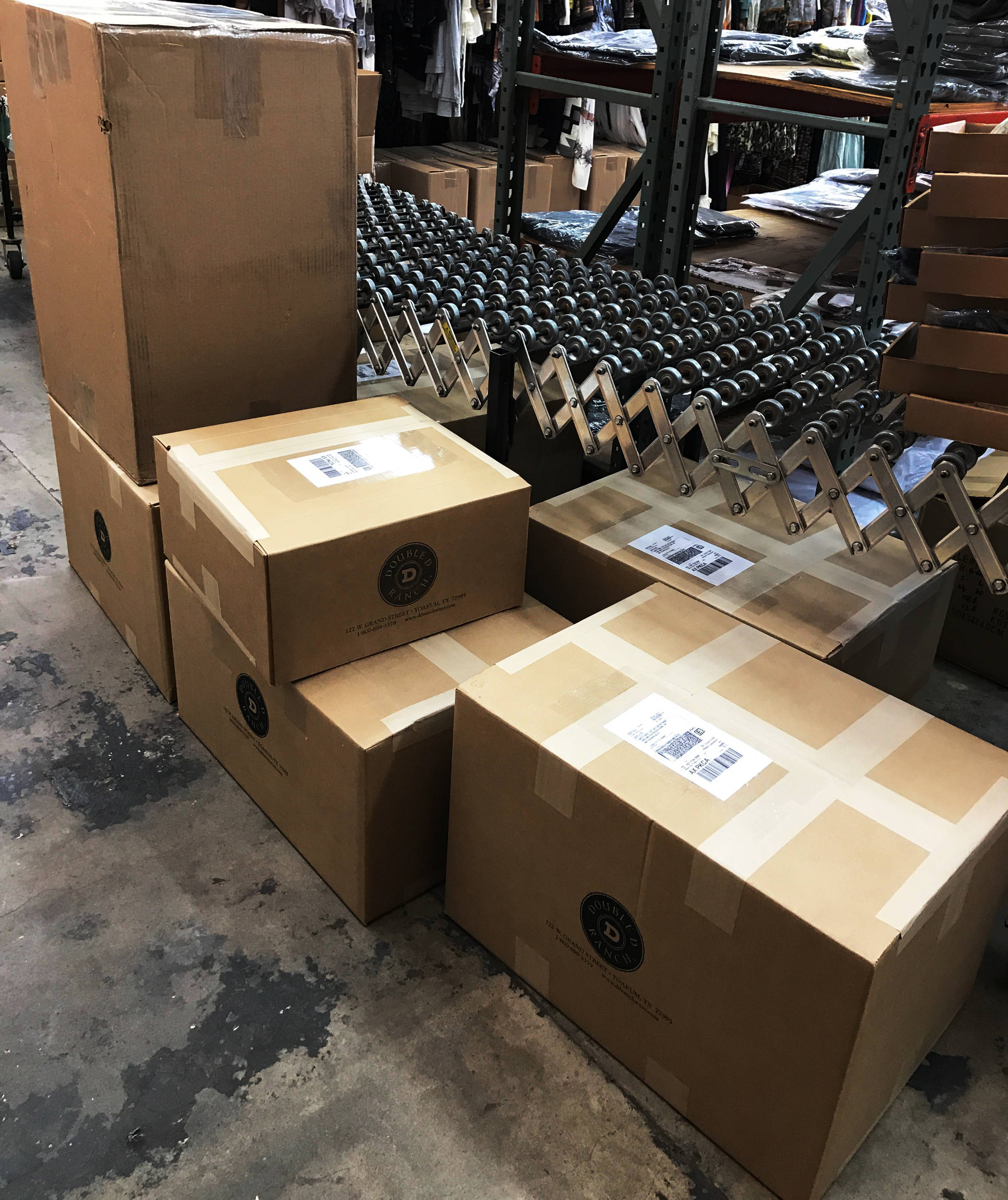 “It all went down really quickly,” Cheryl said. “I was in bed when she called, so I told Audrey and she had it boxed up and shipped in no time! Nearly cleaned out the shipping room.”

All told, we ended up overnighting 67 jackets, 15 hats, and an assortment of boots to the set. 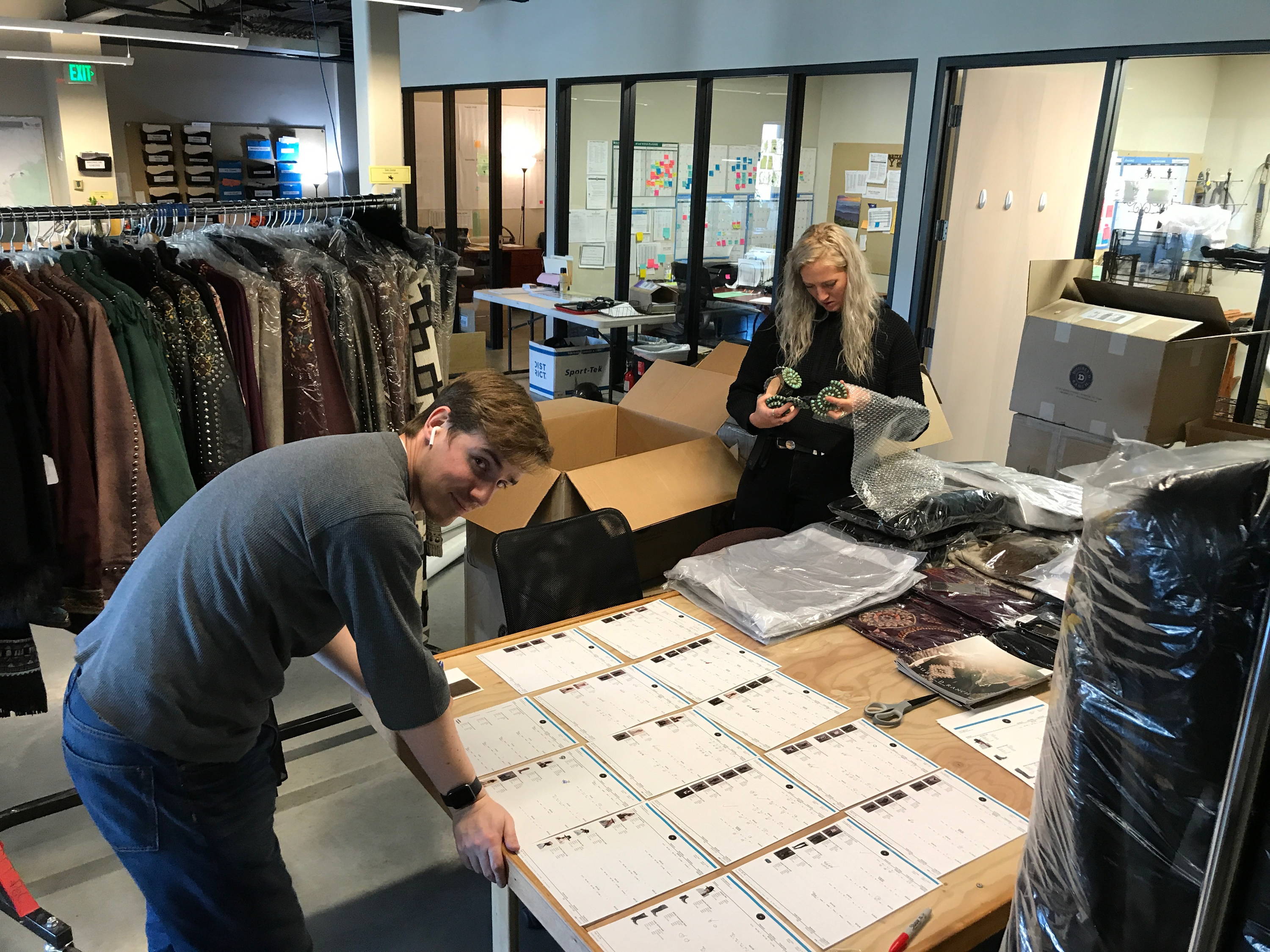 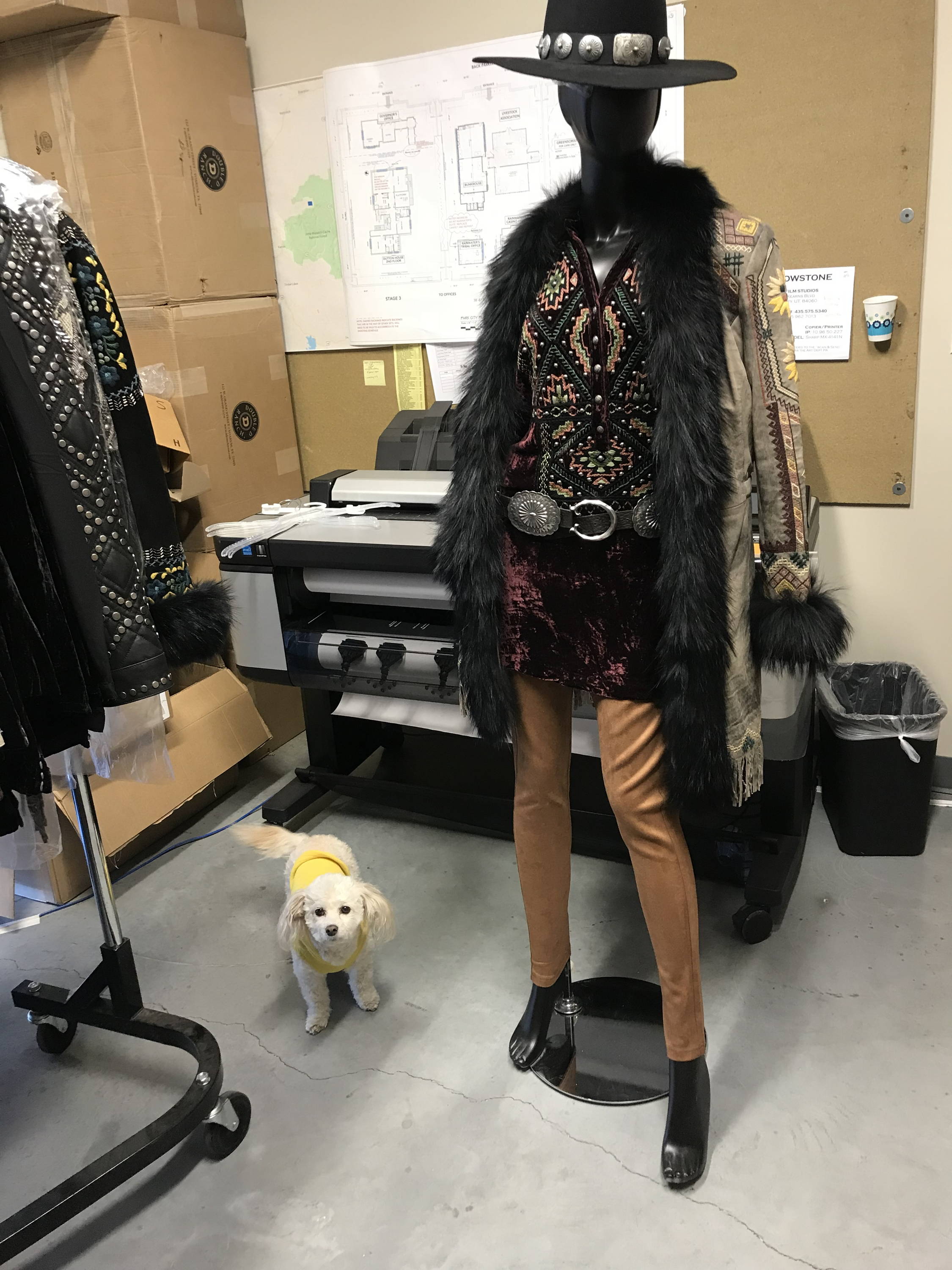 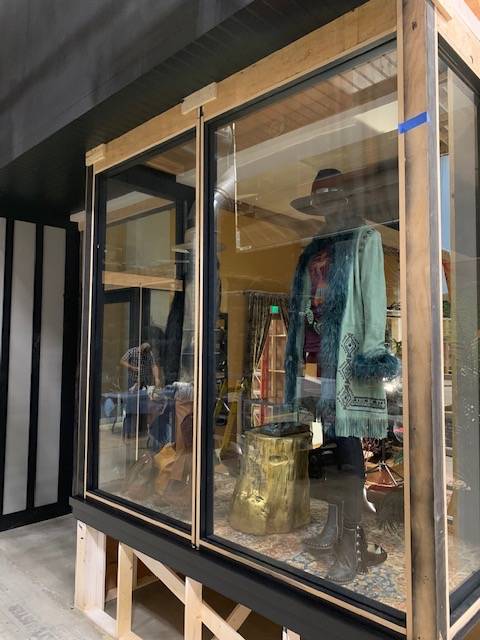 “Then, after shooting, they had to overnight it back because we had to ship it to customers in time for the holidays!”

That’s right -- the outfitting of the set happened the week of Thanksgiving! Y’ALL. We’re in the retail business. As in the “a place you buy Christmas presents” business. Thanksgiving isn’t exactly the ideal time to be loaning out the bulk of your inventory! (On the awesome side of things, though, that means that some of you ladies got garments that had been in the same room as our girl, Beth Dutton!) 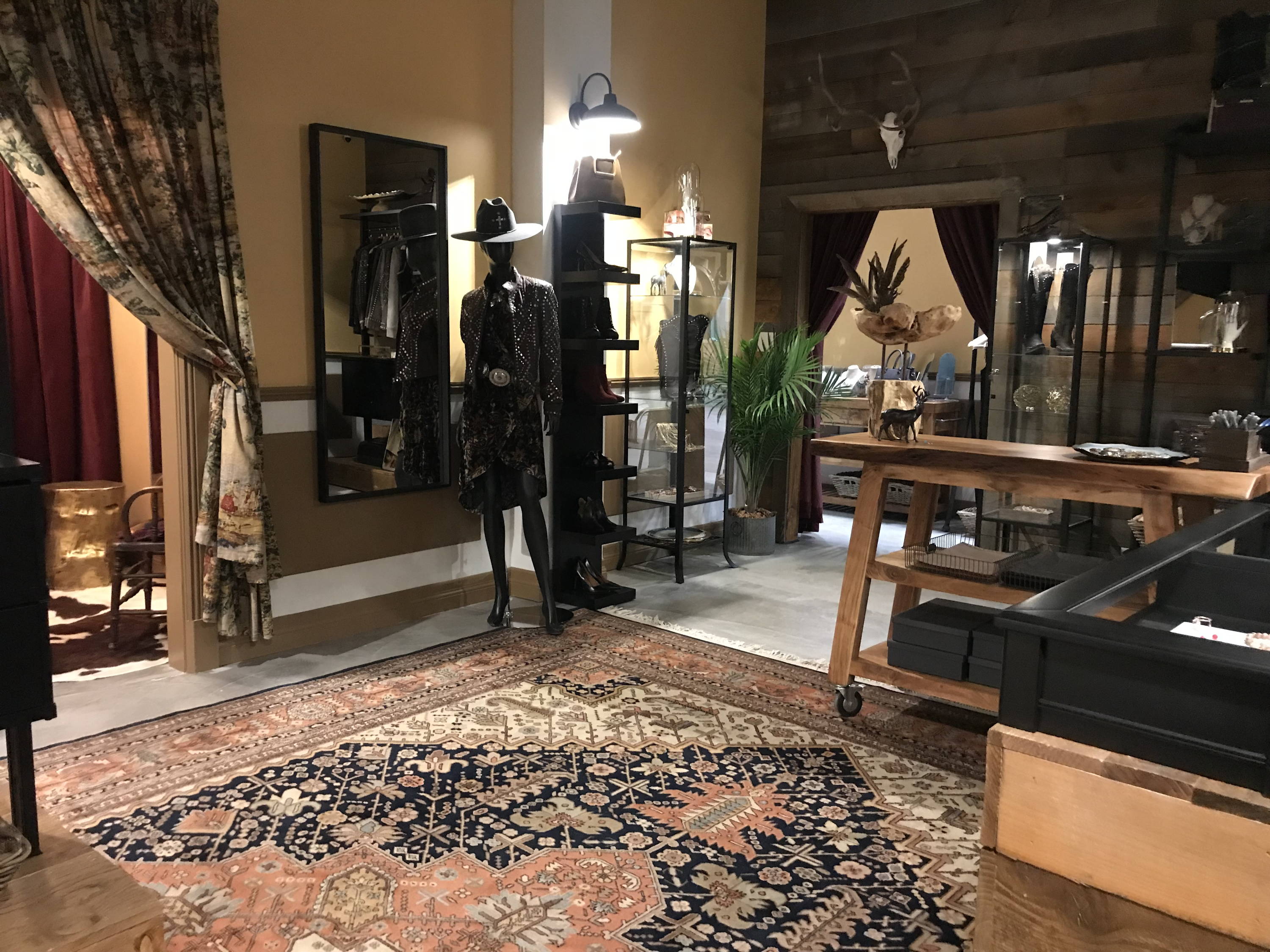 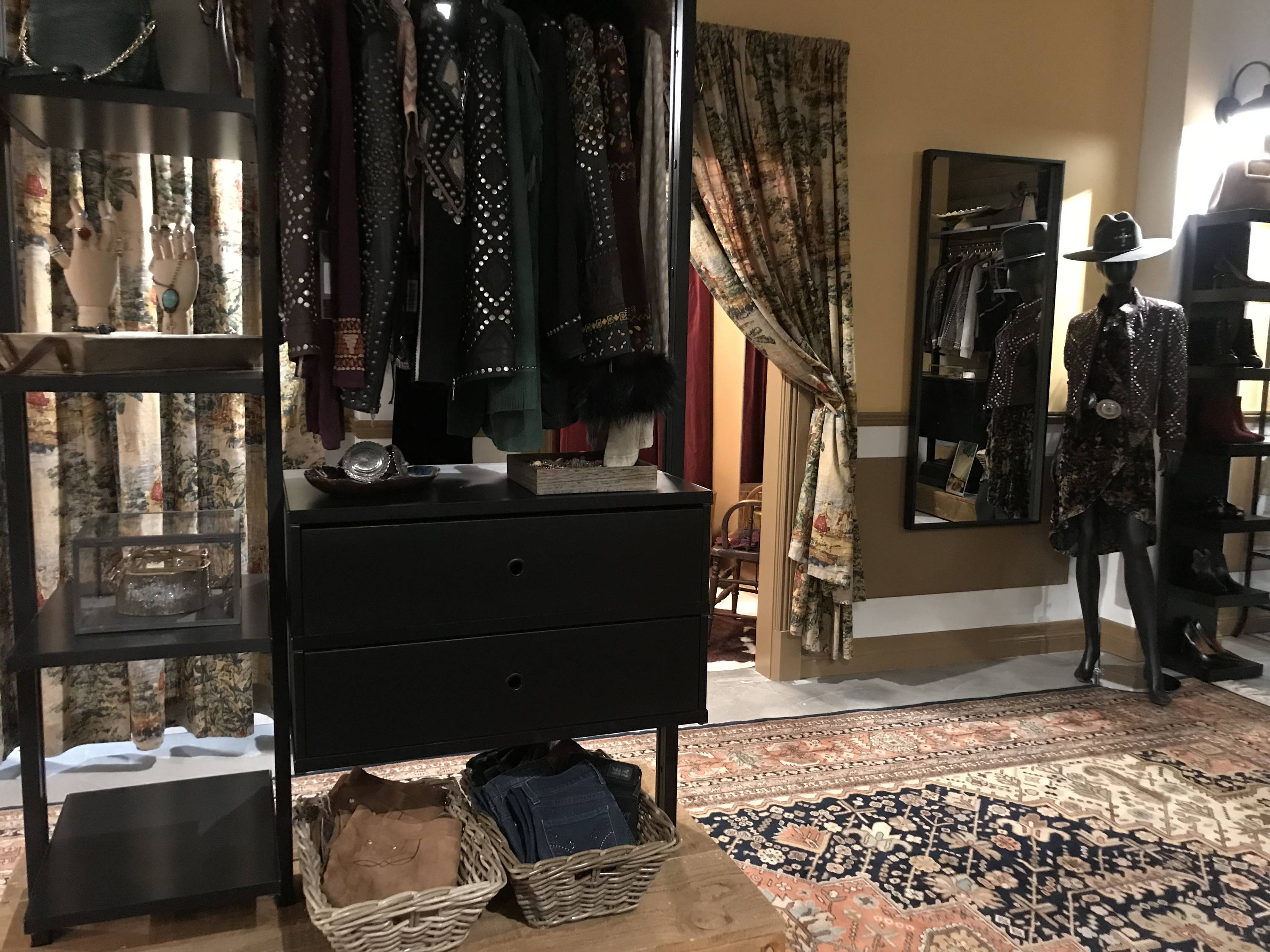 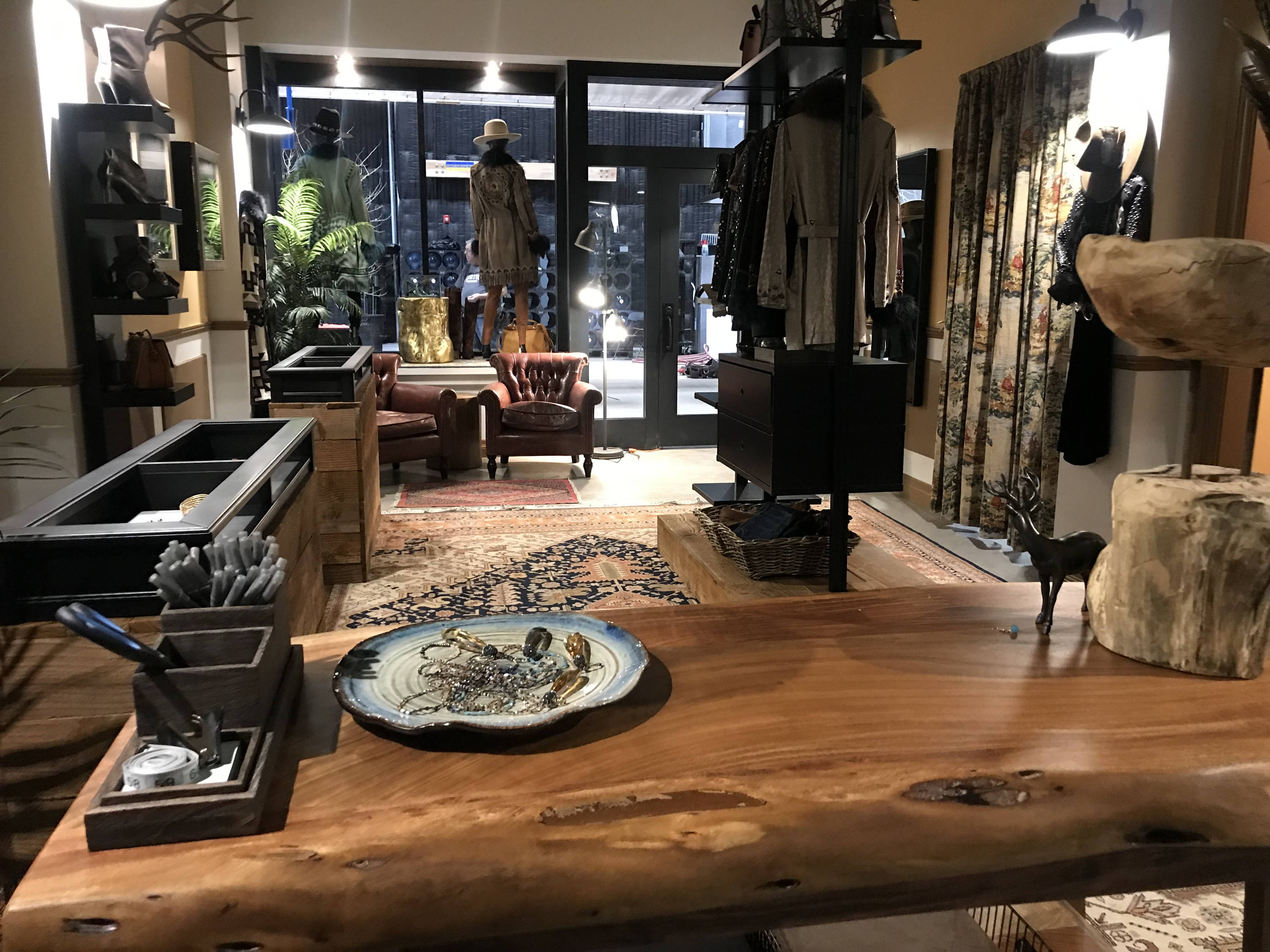 But all is well that ends well, everything worked out seamlessly. Needless to say, we are incredibly honored for the opportunity and we are beyond excited to see some DDR beauties on one of our favorite shows!

Tune in this Wednesday, August 21st (at 9 p.m. central, but check your local listings) to catch our cameo!

Never seen it? GIRL, WHAT ARE YOU DOING?!

(*SPOILER-FREE* Everything in this write-up is something you learn in the pilot episode and is more of a character introduction than a synopsis of the show to date.)

This country cattleman tale turned cult classic is a drama series that follows the somewhat dysfunctional but inarguably powerful Dutton family in Bozeman, Montana. The patriarch, John (Kevin Costner) holds the deed to one of the largest ranches in the entire USA, Yellowstone Dutton Ranch, which he will protect and defend at all costs. He and his late wife, Evelyn, had four children. His eldest son, Lee, is dutifully his right-hand ranchman. Middle son, Jamie, is loyal to the family but makes his living as an attorney and is also an aspiring politician, which is always a handy ace up the family sleeve. And, of course, there’s always one defector: Kayce, the youngest son, who’s married with a son of his own, and has seemingly had a falling out with John somewhere along the way.

But between Jamie and Kayce, John and his late wife Evelyn had a daughter. Beth Dutton is a no-nonsense businesswoman and sharp-witted ball-buster, and needless to say, the hero of our little Wolf Pack hearts.

Land feuds, family feuds, political feuds – all the makings for an enticing drama that is right up Double D alley!

Yellowstone is currently in its second season so you still have some time to binge it and catch up before Double D Ranch makes its big debut on August 21st.

The Wild Rose is where I get my Double D fix. Pulled over on side of road to order white fringe jacket( vintage now) still lived!

I have been a fan of DoubleD for years. My hubby and my sons always go there on special days for my gifts. Yellowstone – Awesome. I notice all the beautiful turqoise they wear. I love Turquoise. My name is Tammy but they call me T-Quoise at work because of my jewelry. The casting on the Yellowstone is incredible. I wish it were on everynight!

Well isn’t that a kick in the pants! I watch that show and I think it’s awesome. She has great taste and so do you!

Oh my goodness. Was this the secret when you posted a photo of boxes and someone sitting down???

Love Double D. From my area of the country, Yoakum.

Congratulations! I’m the ultimate fan of some Beth Dutton!

Congratulations! I’m the ultimate fan of some Beth Dutton!

Love the idea that our local girl’s merchandise is on a popular series on T.V. can not wait to see, pause and take pictures of it. Love my DDR!!

I will be watching… and coveting! This is so incredibly awesome to really tie together the wolf packs love for DDR and love for Yellowstone! August 21st showing will be the hilt!!!

I will be watching… and coveting! This is so incredibly awesome to really tie together the wolf packs love for DDR and love for Yellowstone! August 21st showing will be the hilt!!!

You all rock!! I love the “getter done” attitude! Hey aren’t us cowgirls like that, pull your hat down and cinch tight… kinda gals! ❤️

Love the show! Thank you for sharing as it will be fun to see your clothing on this wonderful show, also since your from Texas, Taylor Sheridan writer and producer is from Texas and graduated from Paschal High Fort Worth, Tx. Add to your trivia.

Very exciting and a totally logical match up – DDR and Yellowstone! Love the show…love DDR more.