SHOPS WE LOVE: THE WILD ROSE

Trudy Collins-Cervantes, a textile major, farm owner and 10th generation Missourian oversees a destination all her own. Not in the Show Me State, but in beautiful New Mexico. Now the oldest women’s boutique in Albuquerque, The Wild Rose serves a steady clientele from rock stars to beautiful ladies looking for original finds.

“I have almost a million dollars in inventory,” Trudy said. “And I sell all of it.” 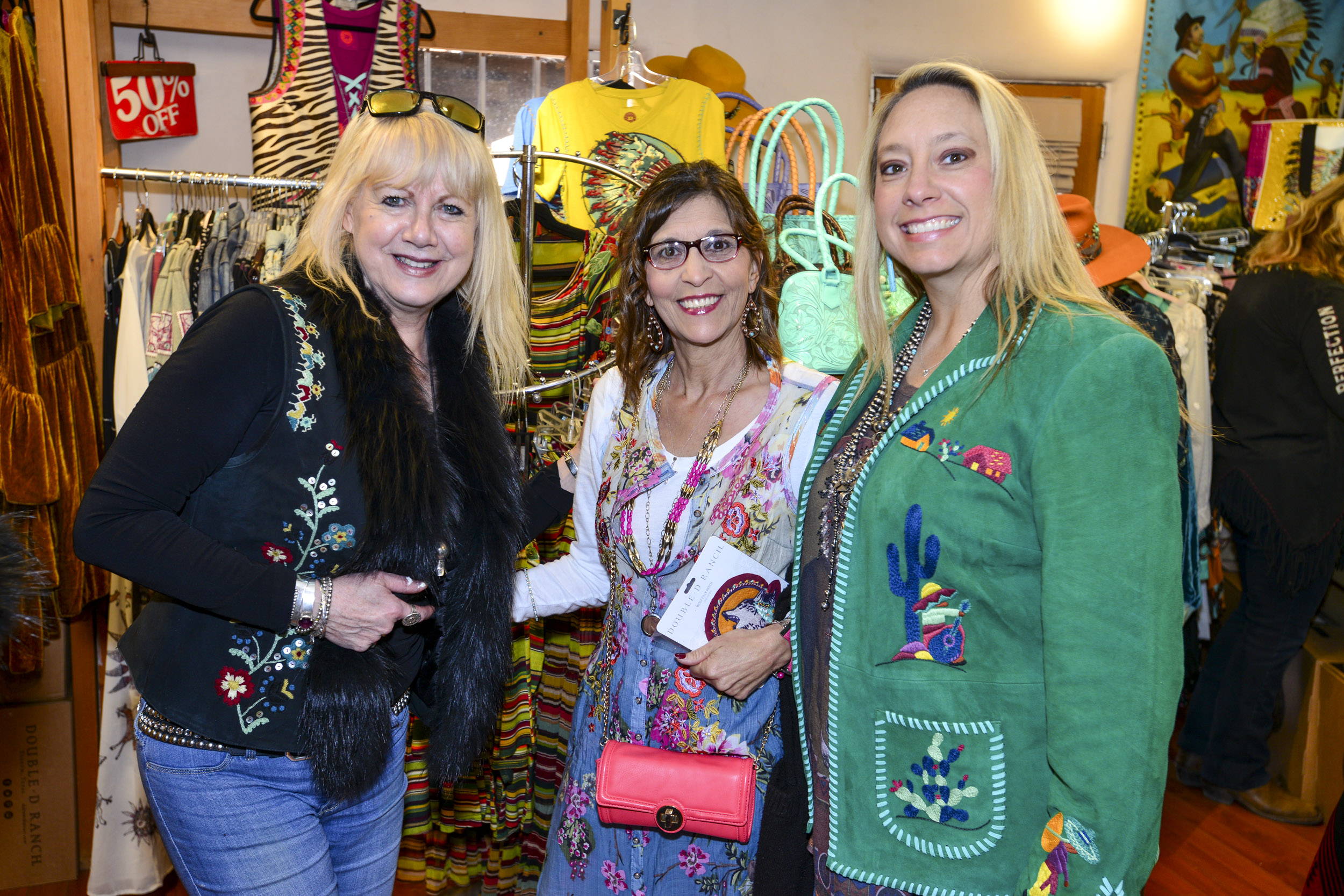 She bought the store, which was in the Nob Hill section of town in 1986, which makes sense for some who majored in clothing and textile retailing. She started sewing in 3rd grade, and kept it up through the years, even making the skirts for her high school senior cheerleading squad, all without a pattern.

“I used to teach sewing and I used to judge at fairs.”

Her Uncle Ingram Pickett was on the New Mexico Corporation Commission during much of the 1950s’. During summers and holidays, Trudy and her family would ride the Santa Fe Big Chief from Missouri to Albuquerque to visit. “I guess I just fell in love with it,” she said. 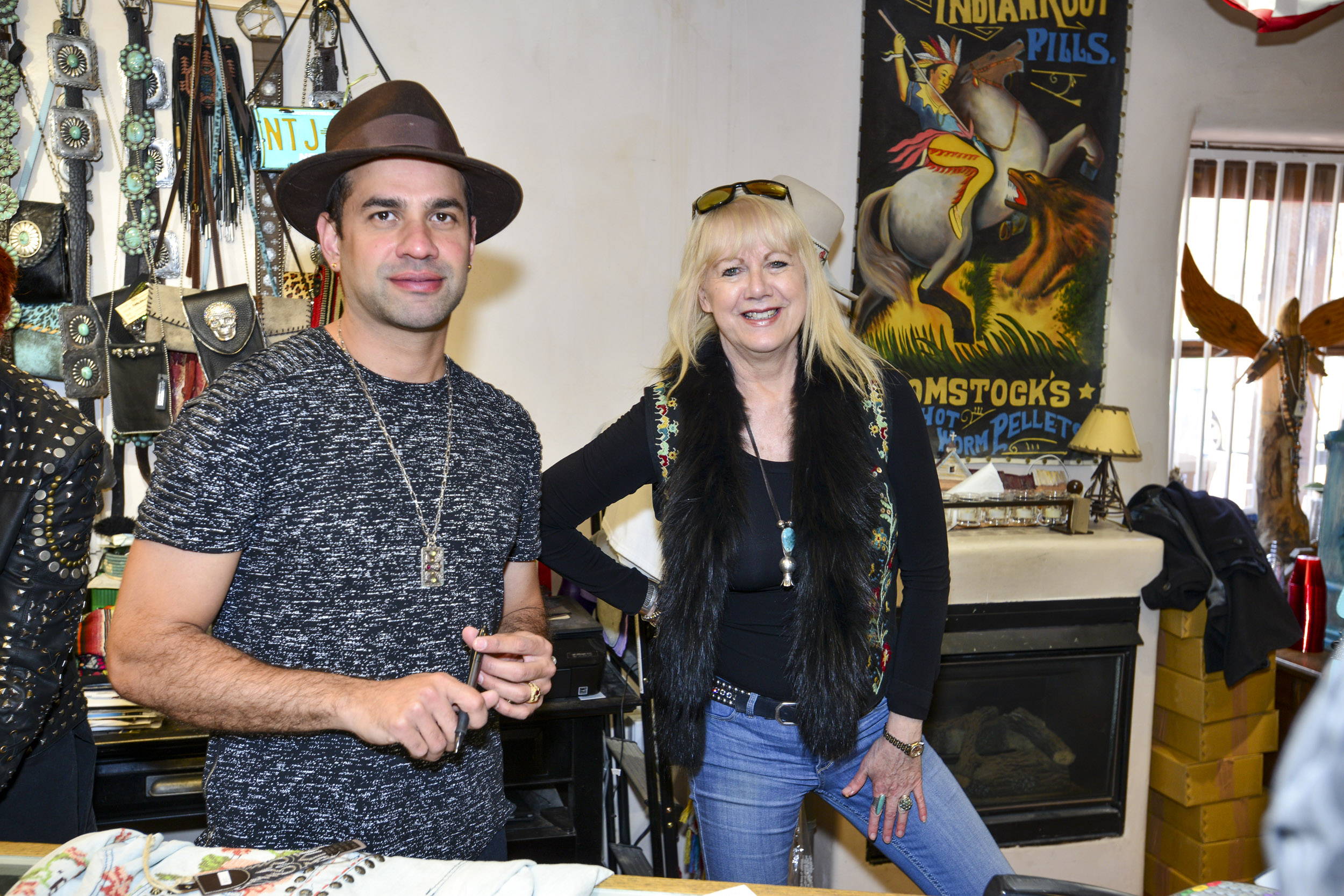 The original Wild Rose opened in 1974. Trudy bought it in 1986. “I paid a pretty penny. The owner saw me coming, but it’s been the best investment I ever made,” Trudy said.

She discovered Double D Ranch right after the company started. One of our original reps, Colin, called and said she would love the line. Trudy says she sells every piece she gets, and while she has 12-15 other designers from around the world in her store, it has to coordinate with Double D or she doesn’t want it. 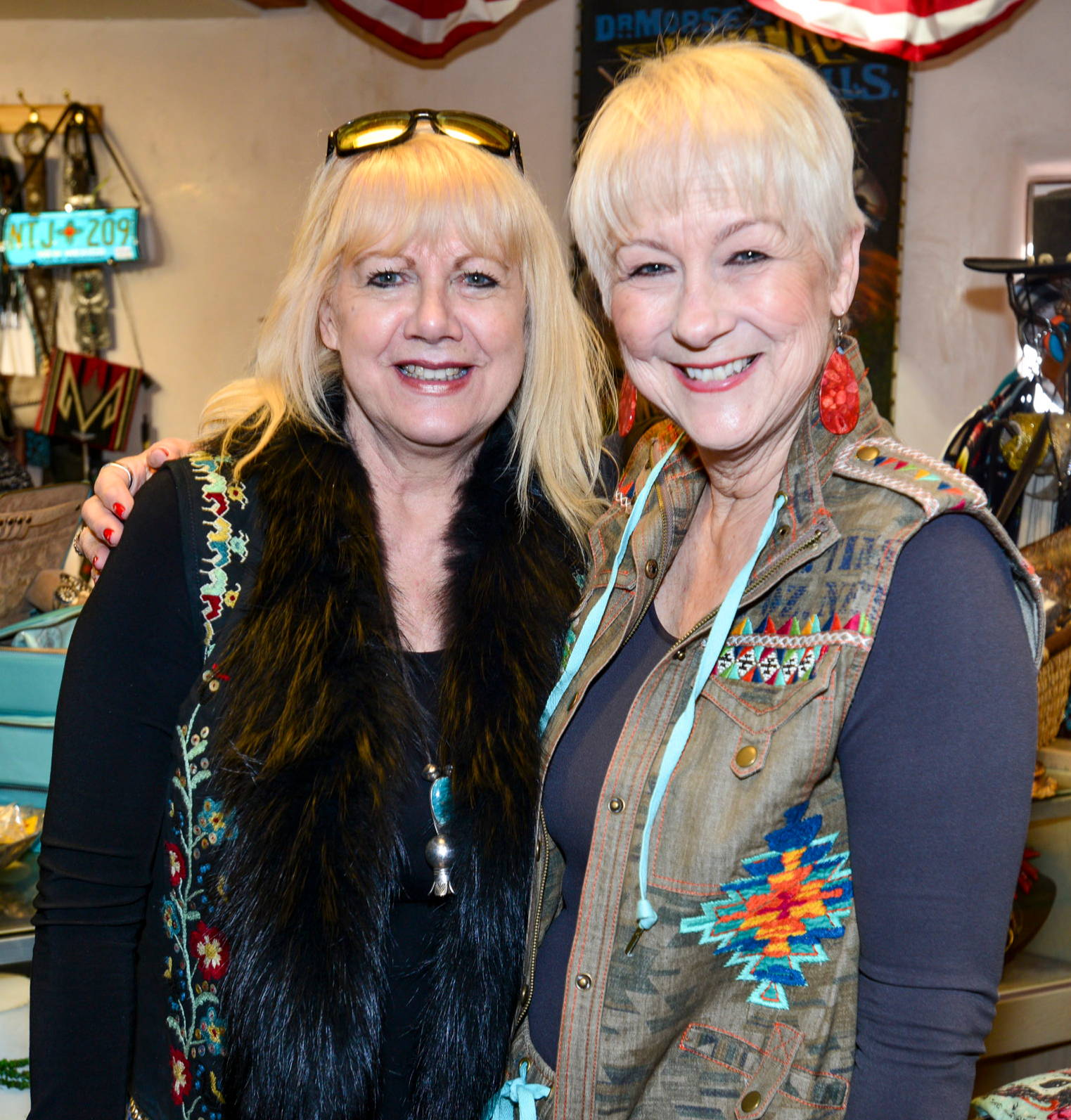 “I’ve never refused an order, I’ve never refused a box for 29 years,” Trudy said. “You have to understand, that a lot of those fabrics [Cheryl, our creative director] has made and woven. She makes all the hardware, too. I’ve never known a designer who keeps pumping it out so correct. She has never had a bad season.”

Trudy counts stars including Lynyrd Skynyrd, ZZ Top, the drummer from Yes, Alice Cooper, Wayne Newton and their spouses as customers. And yes, they all buy Double D Ranch. Trudy plans on running the store for another ten years or so and then handing it over to her son, who works there. “By then, he won’t need me anymore.”

If you’re ever in Albuquerque, head down to old town and look up The Wild Rose. Make sure you plan some time because Trudy is as fun as they come. Here’s a little video we captured of a Double D fan meet up, hosted at The Wild Rose by Trudy.

DISCOVER A RETAILER NEAR YOU!

I went to the wild rose for the first time. Beautiful store. immediately met Trudy and handed her a bunch of roses. Loved meeting her and everyone! Had a great time. She showed everyone an amazing time. She is an amazing women and i hope to have the chance to meet her again. Thank you Trudy for a great time!!!!! You know how to throw a great party! Love ya!

Ms Trudy and I go way back to when the SASS shoot “End of Trail” was moved from Norco CA to Edgewater, NM. Well, a girl nicknamed “Pistol” can
only take so much noise at the range and you can only look at the backside of just so many shooters. This is where and when I discovered the Wild Rose and the Wilder Rose behind the counter. Have we had many super fun shopping eating and drinking times? Oh yes and I hope to have many more! Trudy is a desert treasure right smak dab in Olde Town, Dukeville! Long may she run!

I have been Trudy’s friend and customer for 24 yrs. I was at the “The Wildrose” and DD event and i was one of the models! I am from Los Angeles and hope to get to Texas one day! 😊

I love to shop at the Wild Rose in Old Town, Albuquerque, every time I visit there from Colorado. I especially enjoy seeing Trudy! Double D Ranchwear is one of my favorite brands, very addictive.

I just loved the meet-up at Trudy’s! I definitely plan on returning to ABQ, and The Wild Rose will be my destination!

I have shopped at the Wild Rose and Trudy is wonderful. She is so enthusiastic about the Double D Ranch line and makes you feel wonderful when your shopping for that special outfit. I love Double D and Trudy!!!!!

Fun time at Trudy’s looking forward to a return visit.