We drew a great deal of inspiration for this collection from the charismatic and colorful character and costumes of Joe Buck; his pony hide suitcase, his signature fringed jacket, and his cocked-back city slicker cowboy hat. And by some fortuitous relationships we’ve formed over the years, we were fortunate to spend some time with the geniusbehind Joe Buck, the Midnight Cowboy himself: Jon Voight. The Academy Award-winning actor was charmingly candid about how the character came to be, and the influence his first major motion picture has had on his life and career. 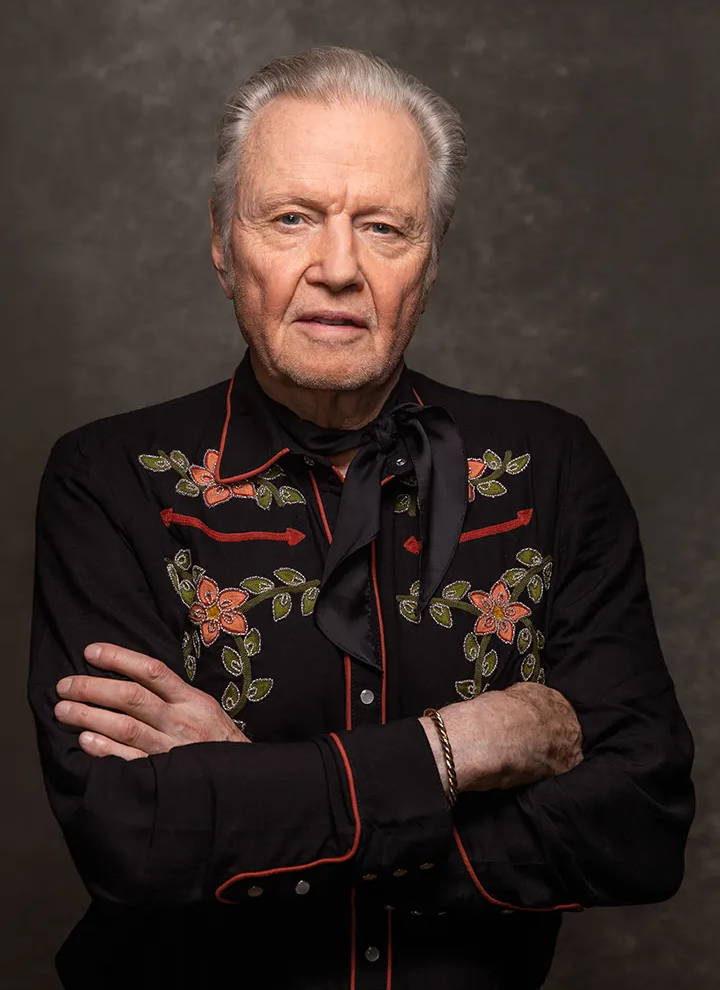 DDR: Walk me through from the beginning. How did Midnight Cowboy first come onto your radar?
JV: I was doing some work in a regional theatre in Washington, D.C. at the time, and a fellow gave me the book and encouraged me to read it and said, ‘You should play this role’. Now, how he took my look and my personality at that time, and translated it into the character of Joe Buck, I don’t know.

DDR: And at what point did you begin to see yourself in the character?
JV: As I got through [the book], I thought it was a marvelous portrait of these two characters and that there was something classic about the piece. I thought I understood it very well, how to make it work; how to make that character who was the center very touching and very entertaining.

DDR: At the time, you had had some success in off-Broadway productions and some Indie films, but not a lot of visibility yet in Hollywood. What was it like seeking the lead in your first major motion picture?
JV: I pursued the role for quite a while, I believe for more than a year and a half, trying to see if they were going to make the movie, and who was going to make it, and things like that. Many fortuitous events and relationships happened during that time, and I see there was some destiny involved; that I was meant to play that part. 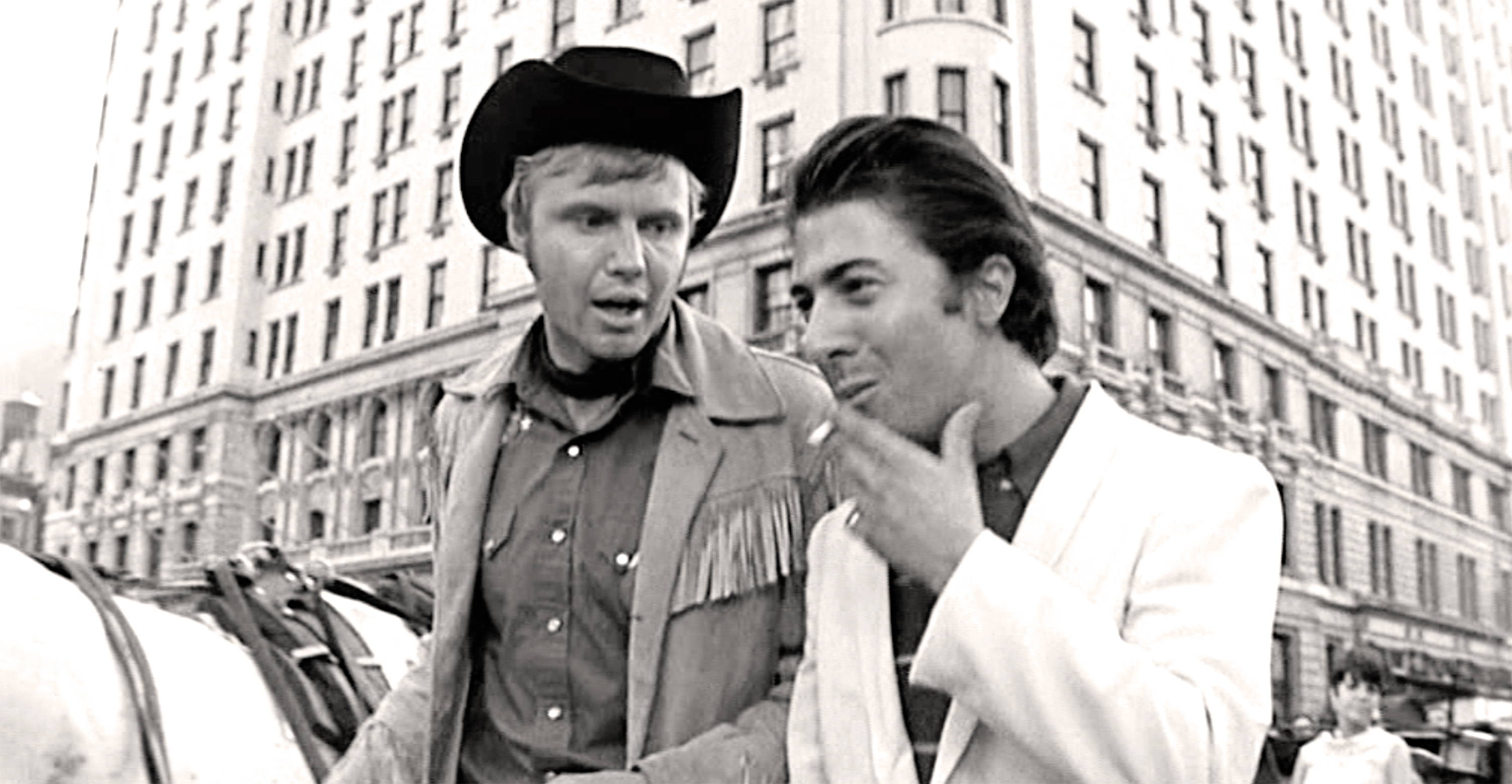 DDR: Over the years, Midnight Cowboy has meant many different things to many different people. As the central character and someone so close to the film, what meaning does it hold for you?

JV: Midnight Cowboy was groundbreaking in many different areas, and very startling for people, especially at that time. To me, it was a very powerful story of people who are on the edge of society who don’t have the skills to compete, to be part of the center of society. And yet, this examination would change the way we looked at them. It made them ‘us’. And in Midnight Cowboy, we go on their adventure with them; we care for them, and we want them to have success. We began to empathize with people in that part of society from the time we watched this film, and that was its meaning to me.”

DDR: Legend has it that upon conclusion of filming, you had a heart-to-heart with director John Schlesinger, and told him something that now seems like profound foreshadowing. What did you say to him, and in hindsight, do you feel the sentiment holds true?

JV: I had just come in from shooting the final scenes – me running down the road in Midland, Texas in 100-degree heat – and I walked around the back of this van where there was some shade. And behind this van was John [Schlesinger], red as a beet and sweating. He was in the throws of this fit of artistic anxiety, asking me, “What have we done?!” So, I grabbed him by the shoulders and I said the most outlandish thing I could say in order to calm him down, which was, “We will live the rest of our artistic lives in the shadow of this great masterpiece.” And I’ve made many films since then, and lots of good work since then, and I’ve appreciated the people I’ve worked with, but I think there is truth in what I said. Midnight Cowboy is so powerful and pure in its artistic strivings and achievements that not much could ever supplant it or its mark on our careers. 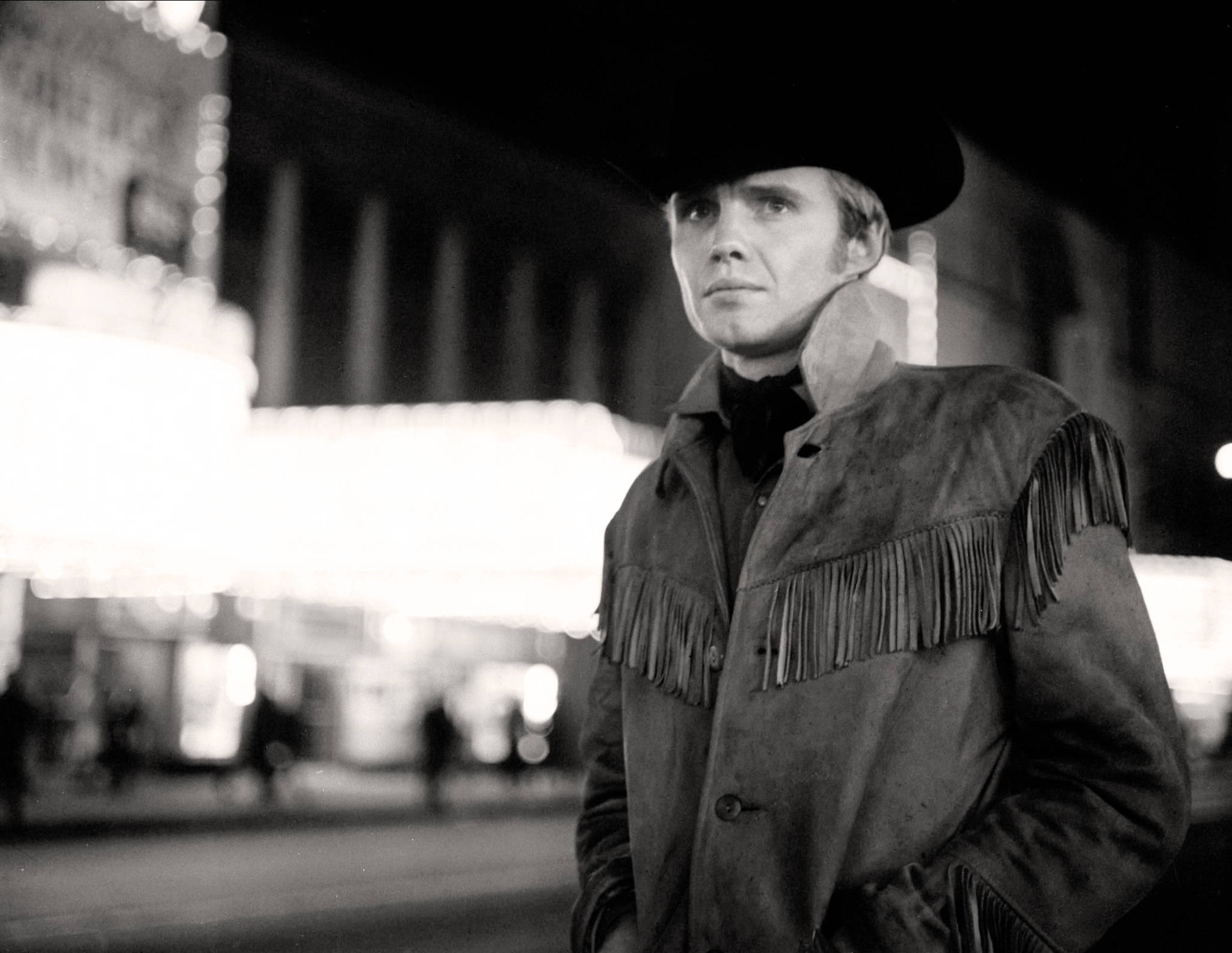 Midnight Cowboy and Easy Rider, are two iconic American films that still hold a major place in my heart! Nothing has been able to top them
in my mind! The music from both films brings back that youthful vulnerability and wildness we all have felt!
Ride on, Rock on!

So seldom do we get to go behind the screen and in to the minds and hearts of our contemporary actors. This interview was quite the treat just as the new Midnight Cowboy Collection is sure to be!🤠

We love Jon Voight for his acting achievements as well as a person in real life. He is a role model and a true American legend. Thank you for this interview which gives us insight to his character.

I love John Voight and I’m going to have to watch the movie again! Thank you for bringing this interview and by the way, the clothes are beautiful as well have also loved DD for many years!

Midnight Cowboy is my all time favorite movie. The story, the superb acting, have left it indelibly in my heart. Thank you!

Jon Voight is one of my favorite actors. You never cease to amaze me with your creativity.

I first saw the film probably about 30 years ago. It’s been in my top 3 favorites since then. It IS a Masterpiece. Thank you, Mr. Voight!