If you’ve been a fan of Double D long, you’ve probably come to realize that behind nearly everything we do (or Cheryl does, rather), there is a story. Whether it’s a place or a person, a memory or a movie, something, someone, or somewhere inspired every single thing she creates; and much credit to her, she is committed to telling that story.

Most people in the United States, or at the very least Texas, are at least vaguely familiar with the story of Cynthia Ann Parker, and her son, Quanah. But, being decades removed from junior high history class, the details of her strife and survival have likely grown a bit fuzzy. Because a big part of our mission – and as we see it, our duty – is to educate, we thought now would be a great opportunity to retell her story and celebrate her strength.

[Please note: We are not Wikipedia; so, while we intend to be accurate and informative, we also aim to make it interesting, and this is by no means a comprehensive account of everything that happened. There are countless resources available if you find yourself fascinated and interested delving deeper into Cynthia’s story, which we encourage you to do.] 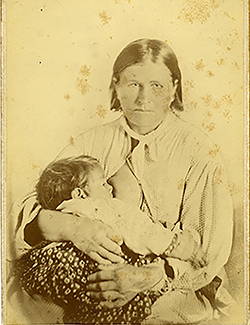 Let’s start with some fun facts and common misconceptions about Cynthia:

No one actually knows when she was born.

Different resources state different dates; while some state that the 1870 Census cites her DOB somewhere between mid-1824 and mid-1825, the most commonly agreed-upon date seems to be somewhere around 1827. (Wikipedia goes so far as to give the specific date of October 28, 1827, but that hasn’t been corroborated elsewhere.)

She is a Texas transplant.

Because so much of her legendary story takes place in Texas, and arguably, her strongest ties were to Texas, it is often incorrectly assumed that she was born in the Lone Star State. In reality, she was born in Crawford County, Illinois, and relocated with her Anglo family to Texas in 1833.

Her middle name was not originally Ann.

Though it became Ann over the years, at birth, Cynthia’s middle name was Ana.

Ok, let’s dive into her story:

Like we said above, Cynthia Parker was born in Illinois sometime in the mid-1820s, to parents Lucy and Silas Parker. In 1833, the extended Parker family relocated to Texas and formed Fort Parker, about two miles north of what is present-day Groesbeck, just east of Waco. Ironically, the catalyst of the move was the recruitment of the Parker family patriarch, John Parker, to establish a fortified settlement against the raids by Comanches, the very same tribe that would later capture young Cynthia and solidify the Parker family in history.

On May 19, 1836, Fort Parker was raided by hundreds of Native American warriors – primarily Comanche, accompanied by Kiowa and Kichai allies. Several inhabitants of the settlement were killed, and five young captives were taken, including Cynthia. While the other four were eventually returned, Cynthia went on to be adopted by a Comanche couple and was brought up within the tribe. She fully integrated as a Comanche for the next 24 years and completely abandoning/forgetting her Anglo ways. 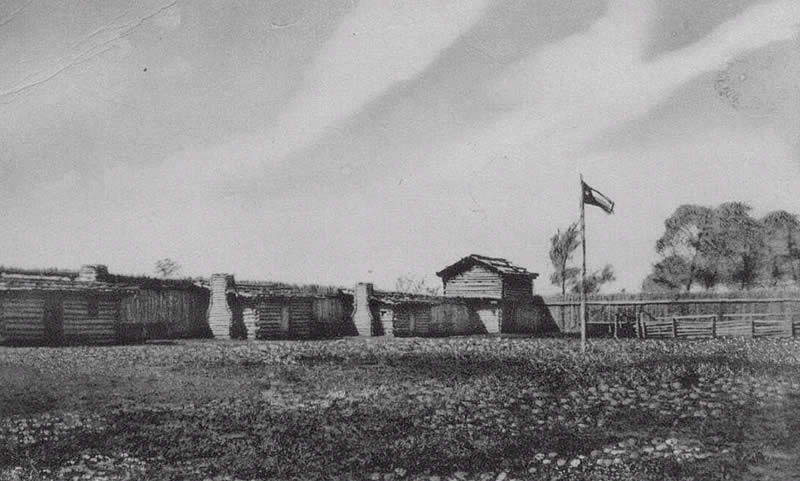 Image from a postcard by Mrs. Dorothy Sartor, courtesy GenWeb.

Cynthia married a Comanche chieftain, Peta Nocona. Deeply in love and entirely devoted to one another (Peta didn’t even take another wife, though it was customary to do so), the couple had three children: the famed Quanah Parker, another son named Pecos, and finally, a daughter Topʉsana, whose name translates to “Prairie Flower”. Legend has it that in the 1840s, Cynthia’s brother John, who was also captured in the raid, found Cynthia and tried to convince her to return to her Anglo family, but her devotion to her husband and children was strong and she refused.

On December 18, 1860, the Texas Rangers attacked a Comanche hunting camp and took three captives, all of which they initially assumed to be Native Americans. To their surprise, one of those captured was a blue-eyed woman with an infant daughter, who Col. Isaac Parker identified as his own niece and subsequently returned her to Birdville. Cynthia was reluctant to return to her Anglo family, and did so only on the condition that her sons would be sent to her if they were found, though she believed she’d never see them again and that her husband Peta was dead. It was during this trek across Texas that the now iconic photograph of Cynthia was taken, with her infant daughter at her breast, and her hair cut short – a traditional Comanche sign of mourning. 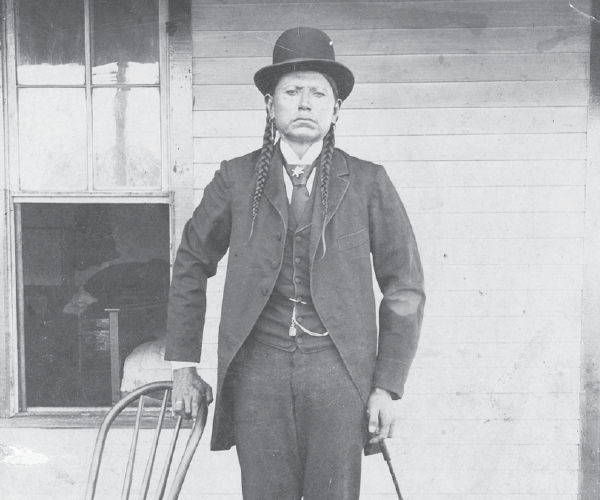 Over the next several years, Cynthia was reportedly shuffled among the homes of her Parker siblings and relatives, though she never reassimilated to the Anglo ways and tried several times (unsuccessfully) to flee back to her Comanche home. In 1864, “Prairie Flower” caught influenza and eventually died of pneumonia. After losing the only child she still had contact with after her return, Cynthia seemingly also lost the will to live; essentially resigning to starving herself to death. Like her date of birth, her date of death is unclear, but is generally agreed upon to be circa March 1871, as noted in a diary of one of her sisters.

The legacy of Cynthia Ann Parker lives on in many ways. Not only the sharing of her story over the centuries, but also in annual celebrations that honor her, such as the ones in the towns of Crowell and Groesbeck, Texas. It also lives on in the legacy of her loved ones: the town of Nocona, Texas is named for her beloved husband, Peta Nocona, and her eldest son, Quanah, went on to become a legend in his own right – a renowned warrior and respected chief, a dominant force in the Red River war; he, too, has a Texas town bearing his name, as well as numerous other landmarks, lakes, and trails. 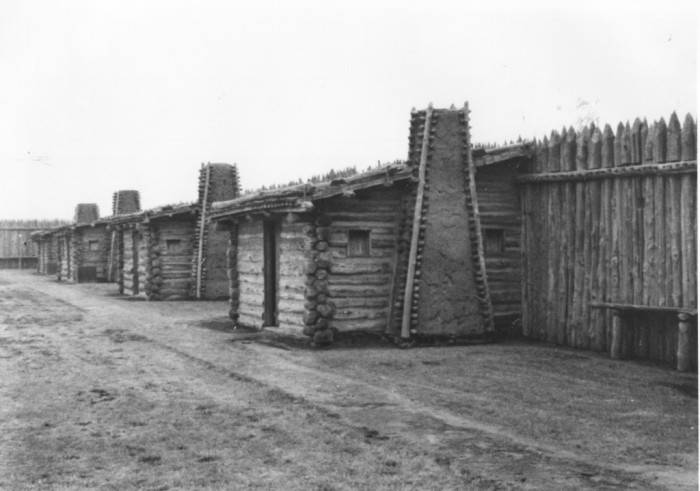 I am 11th generation Comanche and Cynthia Ann Parker is my namesake, I want to learn everything I can about her, her life and her journeys, please?

Thanks for the history.

Thank you for sharing. The more I read about about the history of our American Native people I understand this not a good part of American history. Although it was a long time ago it is important to share . I am amazed by their bravery, their adaptability yet saddened by how history treated them. Please continue to share.

So enjoyed the history lesson.

Forty years ago on our family vacation I learned of Cynthia Parker. I was always fascinated with her family story (obviously before the internet). As an older mom my perspective has changed about taking someone out of the only environment they know. Especially one filled with love and family. My sorrow has shifted for Cynthia Parker and her family.

Cheryl you have really peaked my interest here! I now would like to visit the towns you mention and read whatever books you recommend about Cynthia Parker and her family. Thanks for the great Sunday Morning wake up read!😊