Labor Day is a bit of an orphaned national holiday. It means a Monday off of work, which is something to be celebrated in and of itself, but unlike its counterparts -- Memorial Day, Veteran’s Day, and the beloved Fourth of July -- it’s not deeply rooted in patriotism. There aren’t citywide firework shows or parades, and a lot of folks aren’t even really sure what we’re celebrating.

But, if you ask almost anyone, Labor Day is deeply rooted in some sort of tradition. It’s the opening weekend of dove season. It’s the return of college football. And, for us, Labor Day weekend meant just one thing: The All American Futurity. 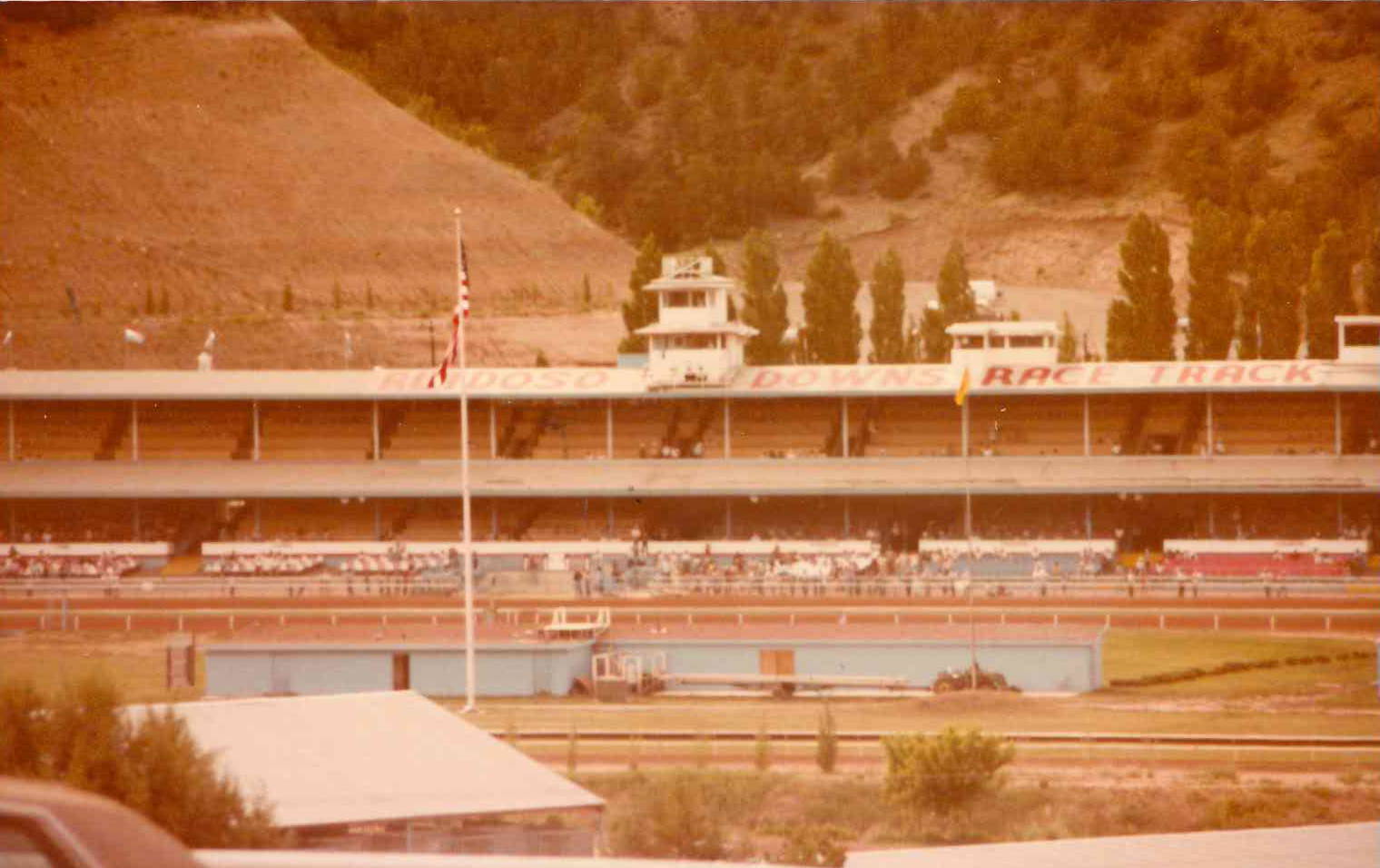 The All American Futurity is the Kentucky Derby of the Quarter Horse world. It was a given that we were packing up and heading to Ruidoso “the Hill,” the first weekend of every September.

Listen, y’all -- the All American Futurity is an event. It’s the richest quarter horse race in the world. It is a spectacle, and it is spectacular. And the attendees treat it as such. Everyone goes all-out -- denim and diamonds, leather and fur, and more turquoise than you can wrap your head around. 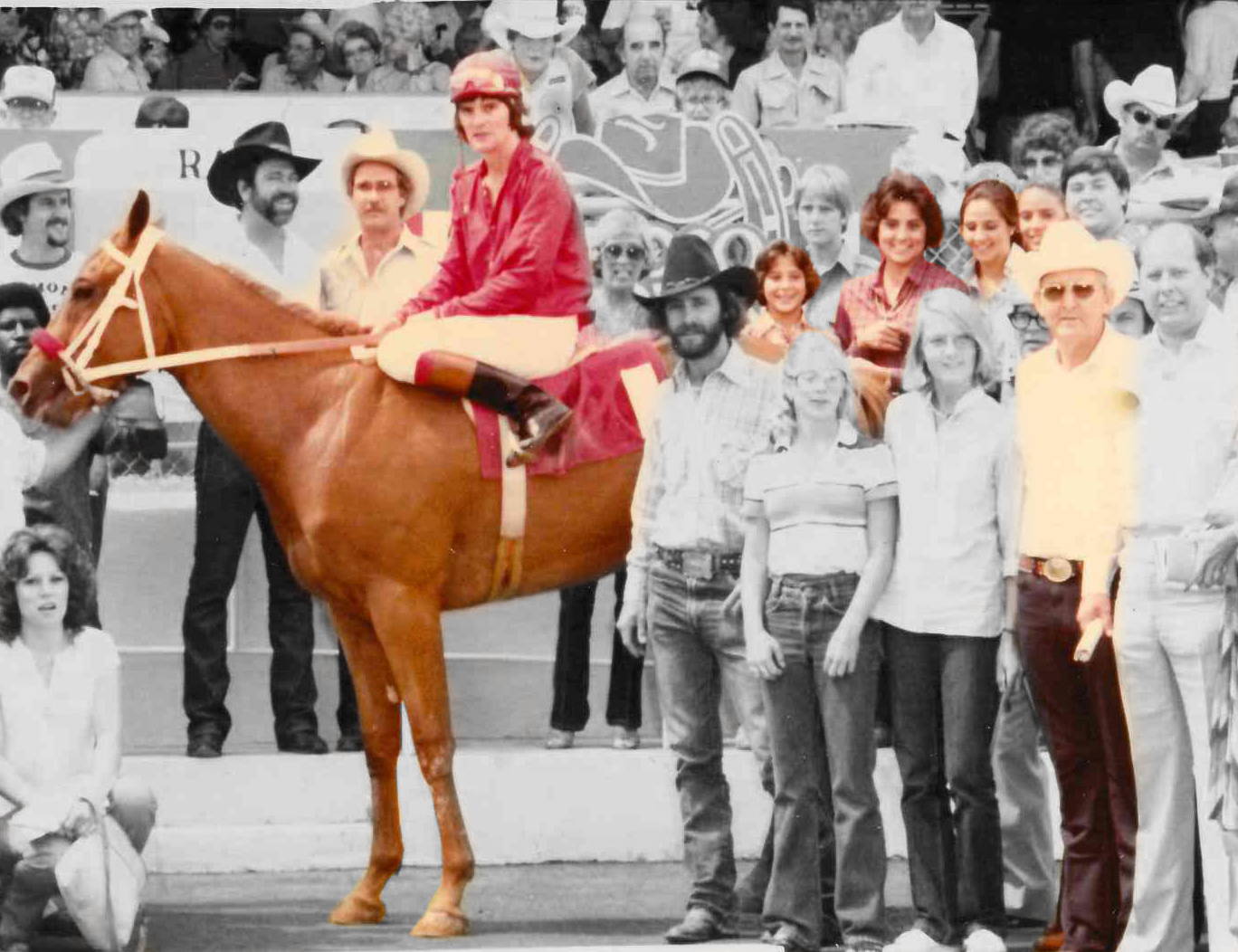 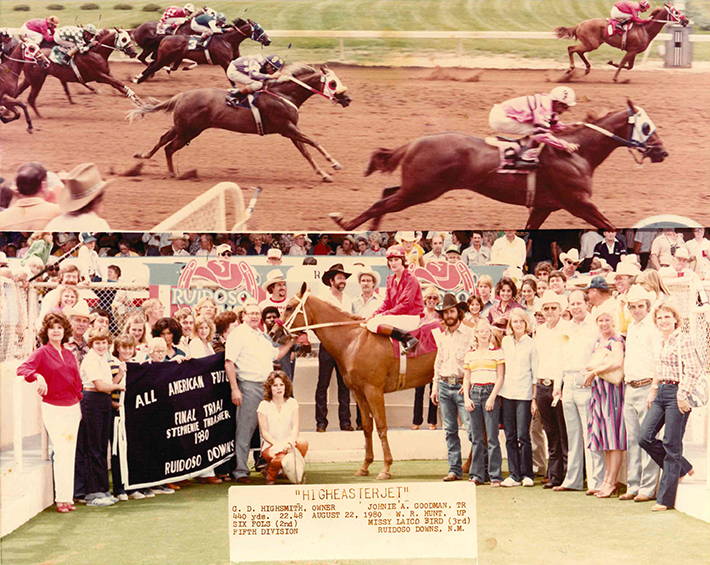 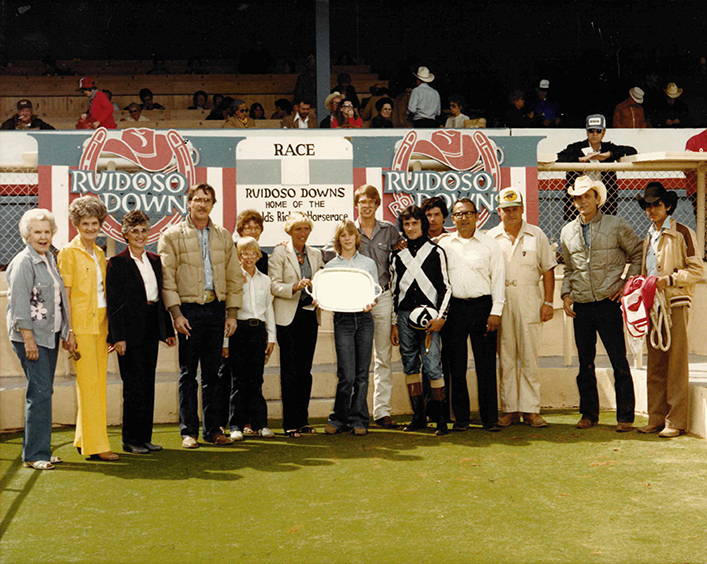 We’ve been attending the All American as long as I can remember. We would go whether we had a qualified or not; qualifying a horse in the All American Futurity is a tremendous feat in and of itself. And in addition to creating lifelong memories, this family tradition is where the some of seeds of Double D Ranch were planted.

I truly believe that’s where some of my style influence comes from. I think I watched the women and studied their clothes more than I watched any horse sprint down the track. Being in those boxes among those ladies who were decked to the nines, head to toe, in Western and Native American inspired styles -- almost to the extreme --, I think that had a profound influence on my design aesthetic. 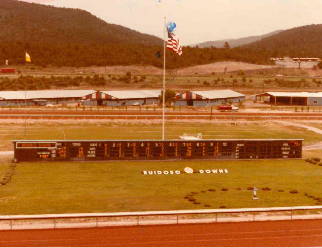 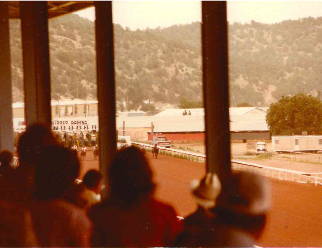 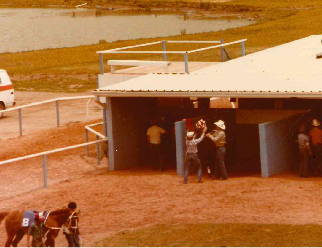 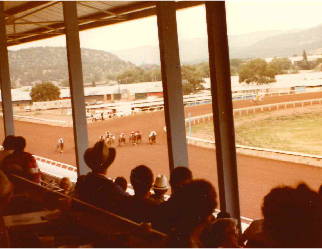 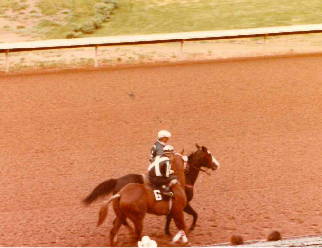 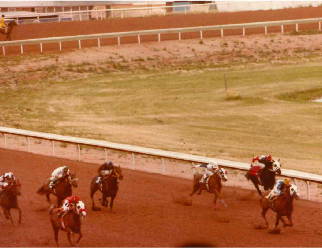 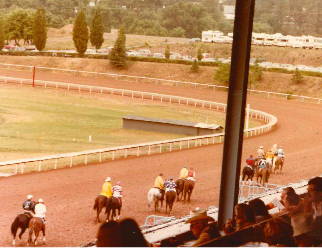 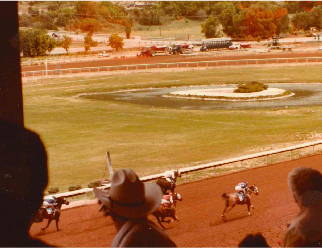 And it's over in less
than 18 seconds

To tell the truth, I was always immersed in people watching and had to ask Audrey and Hedy to refresh me on the details of the horses for this story. Audrey reminded me Dad qualified for his first All American in 1981 with Arrows Request. Ironically, the horse that won that year, Special Effort, was a colt Dad discovered and purchased for $25,000. In typical McMullen fashion (we always had the shorts) Dad sold the colt who went on to become the only Triple Crown winner in Quarter Horse racing history and was eventually syndicated for $15 million.

You win some. You lose some. That’s horse racing for you.

The following year, Dad went back to the Hill and qualified with a filly named Neat Creek. She too failed to end up in the winner’s circle but did place a respectable third behind Mr. Master Bug. Even though the All American remained elusive, Dad did win a big one with Illegal Memories right before he died. He was proud of his World Champion Gelding and one thing for sure, Dad had a great eye for a runner.

Looking back, all these horses and all these races and years of attending the All American Futurity have written a large part of the story of my life. It is written on the clothes I design. Nearly 30 years later, I can still hear the whisper, “This is something a woman could wear to the All American."

This footage is outstanding! For someone who never went to the races… this really brought things into perspective. What a fabulous experience!

I just loved reading this! What great memories you have! Love to see those memories come through the designs of DDR! Brought a tear to my eye this AM! Your daddy is looking down so proud of y’all! Thanks for sharing!! Love y’all!

Nothing better than the All-American. Would love to go every year! The people watching is great. Can always spot DD Ranch