Alongside the release of the iconic film that inspired the Sissy collection, there was a sartorial shift happening. Beyond just fashion, it was a whole pop culture event, often even referred to as the Urban Cowboymovement.

“It’s kind of interesting that it was termed that,” Cheryl said. “Because it really started a little before that, in the ‘70s. Cutter Bill brought Western to the forefront of fashion. It wasn’t the only, but it was the ultimate, certainly in Texas. They made it fancy, upscale, aspirational. And unique. But then with Urban Cowboy, it really exploded.”

The entire look, which one Texas Monthly article described as ‘gaudy Texas chic’, started to show up everywhere from red carpets to runways. A whole generation fell in love with it, not the least of which was Pam’s iconic outfit. 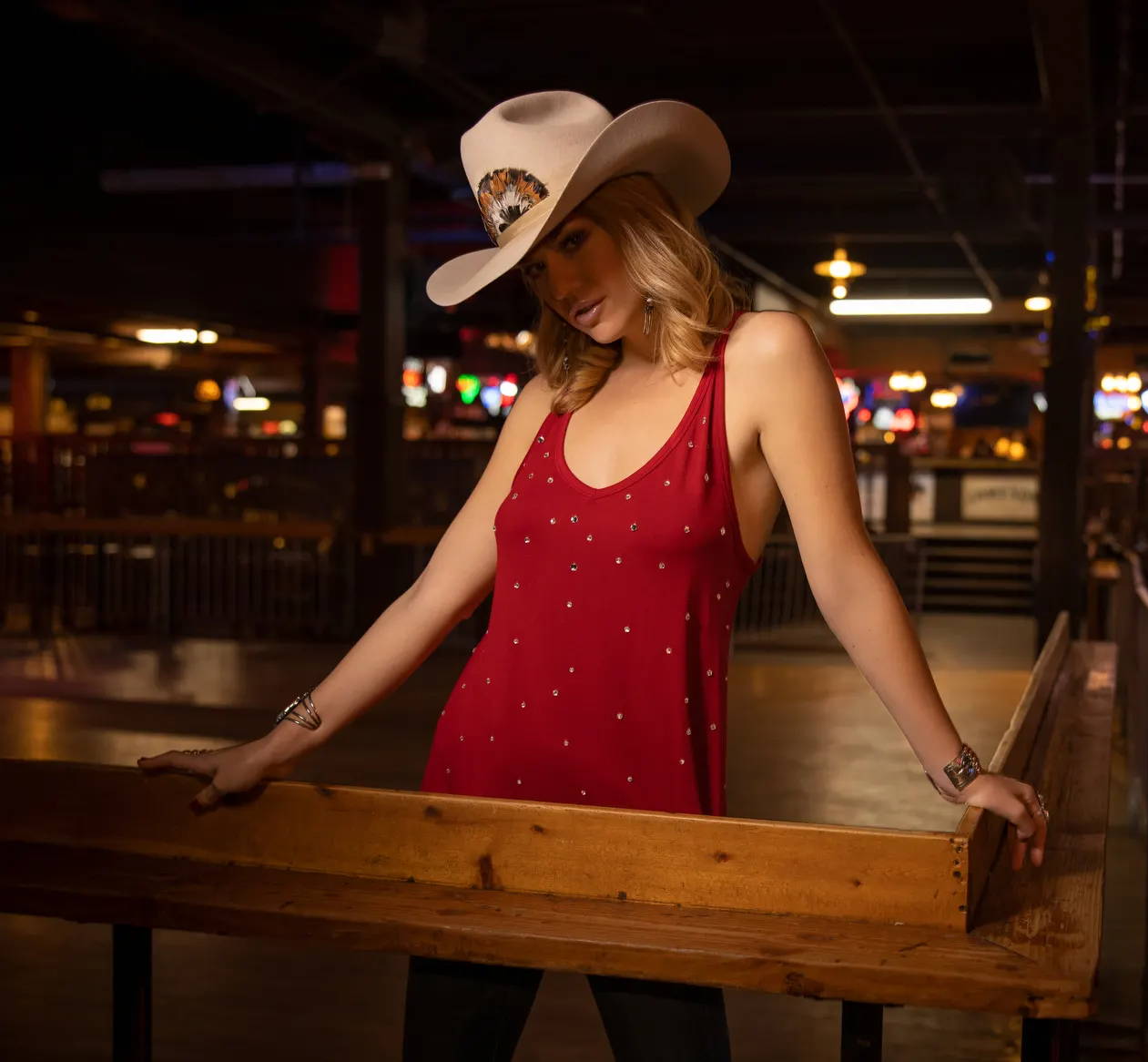 “Pam was really kind of a trendsetter,” Cheryl said. “She was old money but she was hanging out in dive-y dancehalls, and she was really one of the first characters to show us country could also be chic. And that really impacted the industry.”

And it impacted us, too. In fact, Pam’s outfit was really kind of the impetus for choosing Sissy as the fourth Cowgirl Closet, although Cheryl will admit she initially didn’t really intend to reimagine that particular look. 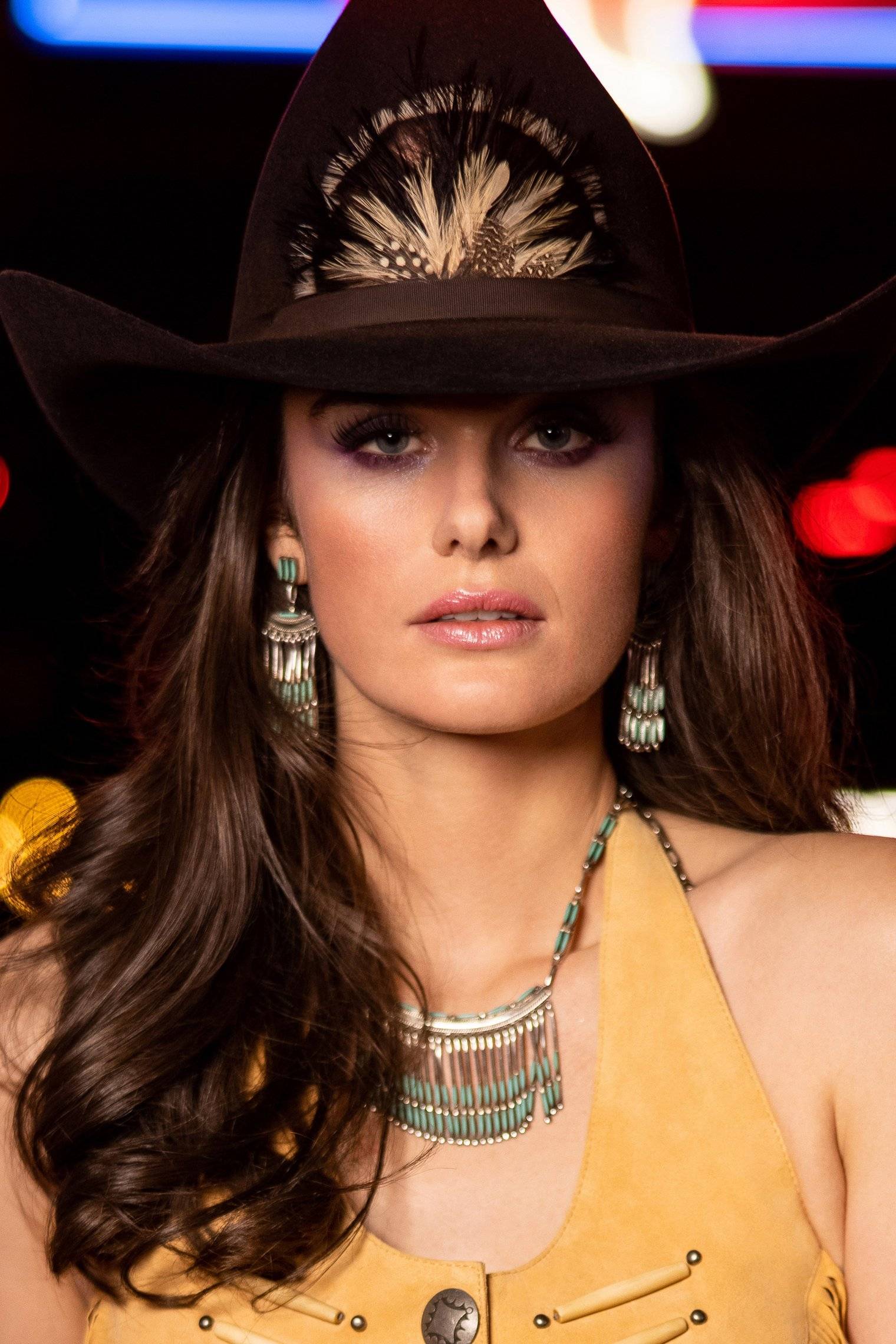 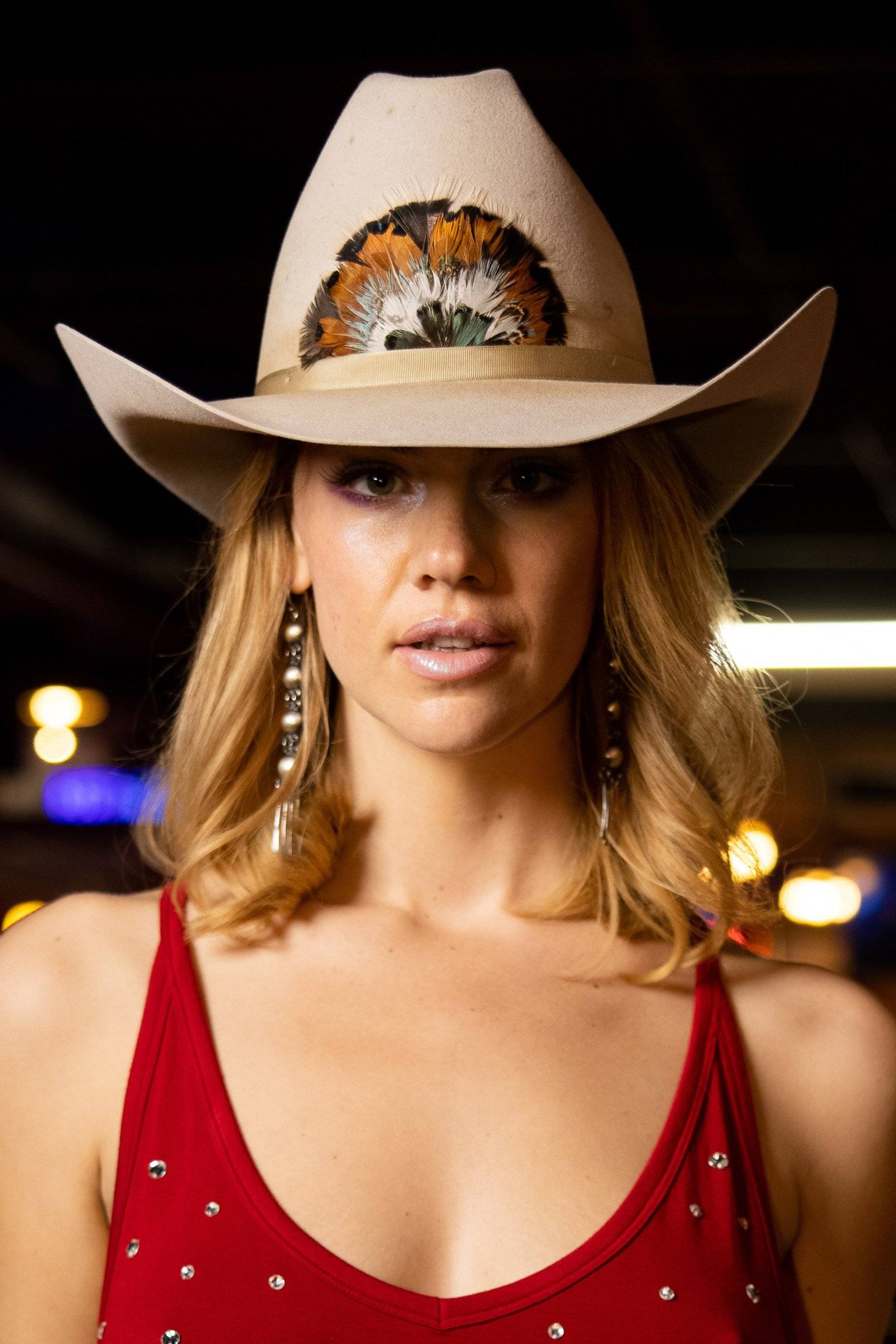 “I think of this as my never-say-never hat,” Cheryl laughed. “It’s not that I’ve ever really shied away from ostentatious, that’s kind of DDR’s thing, standing out. I mean, the [Great Raid] top hat from Cynthia comes to mind! But Sissy’s Hat, it’s just something I never really pictured myself designing; putting a fan of feathers on a hatband. I love it, don’t get me wrong! It made the cover! When concepting this collection, I kept picturing the hat Lynn Wyatt wore to the premiere of Urban Cowboy, which was similar to the one Pam wore in the movie, so it felt important to the collection; it was a no-brainer. But it was definitely one of those surreal moments in my design career. I have them from time to time.” 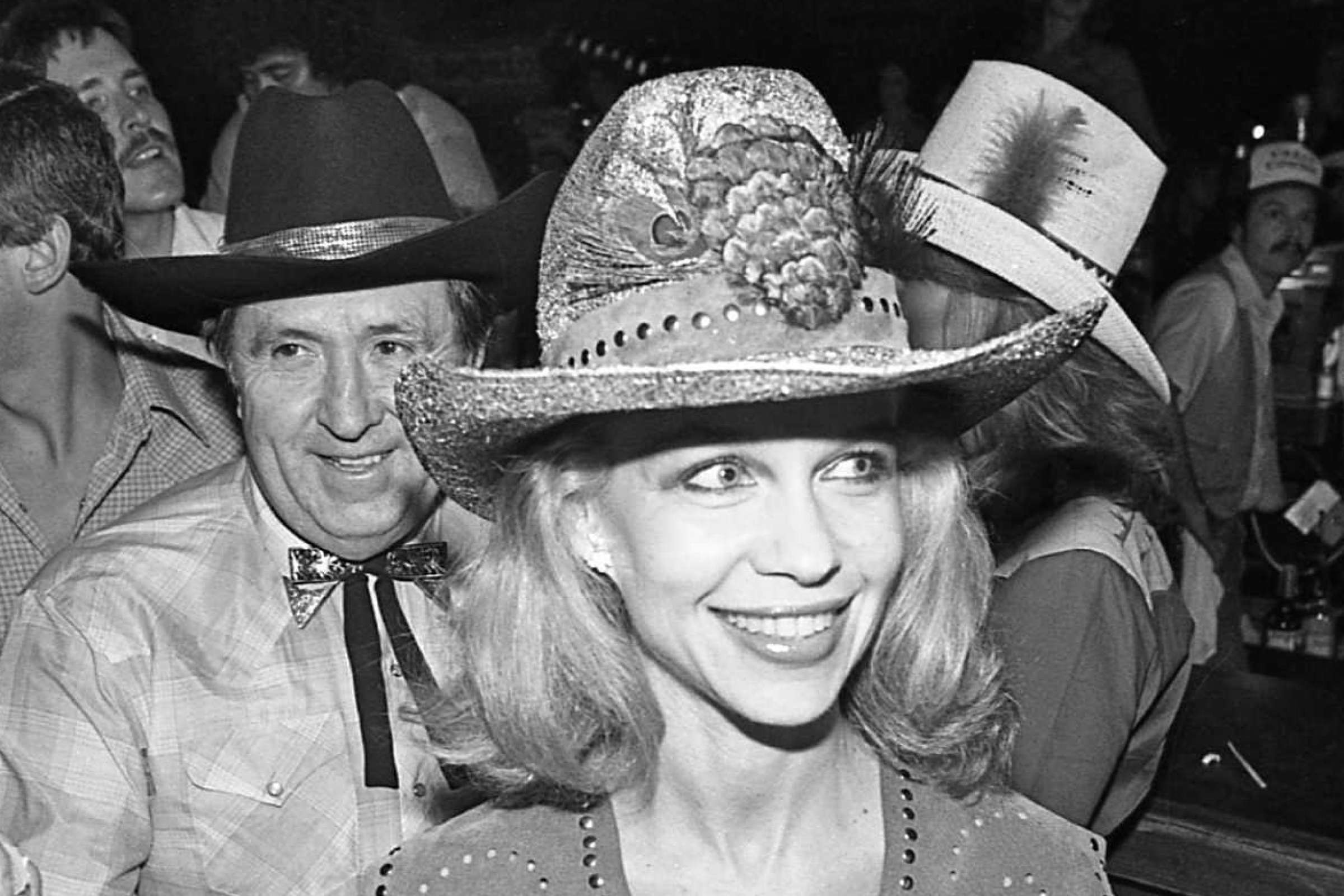 Well, it worked. It’s retro and reminiscent. It’s timeless and classic. And it goes with everything.

“I kept it classic with the silhouette, it has that tall tapered crown that was popular in the ‘70s, and relatively neutral with the colors, even in the feathers, for ultimate wearability,” Cheryl explained. “There’s really nothing you can’t pair it with, and that was the intention. It’s definitely going to make a statement, but it can also be a staple. It’s not a hat you have to plan your outfit around.”

We’ll tip our hat to that!

A Cowboy hat is a very personal thing, would you ever create custom feather fans for an individual’s hat? I don’t want a new hat; mine is an old hand me down & I’m very attached to it. It’s brown felt. Thanks! GCB