The downside of being a creative visionary is that you get committed to that vision, and you will move mountains – or drive 1800 miles to them – to make that vision come to life. And in the end, it’s worth it every time, but in the midst of a photoshoot, we constantly look at each other and laugh and wonder if we’ve lost our minds. Wild Horses definitely made its mark as a memorable one. 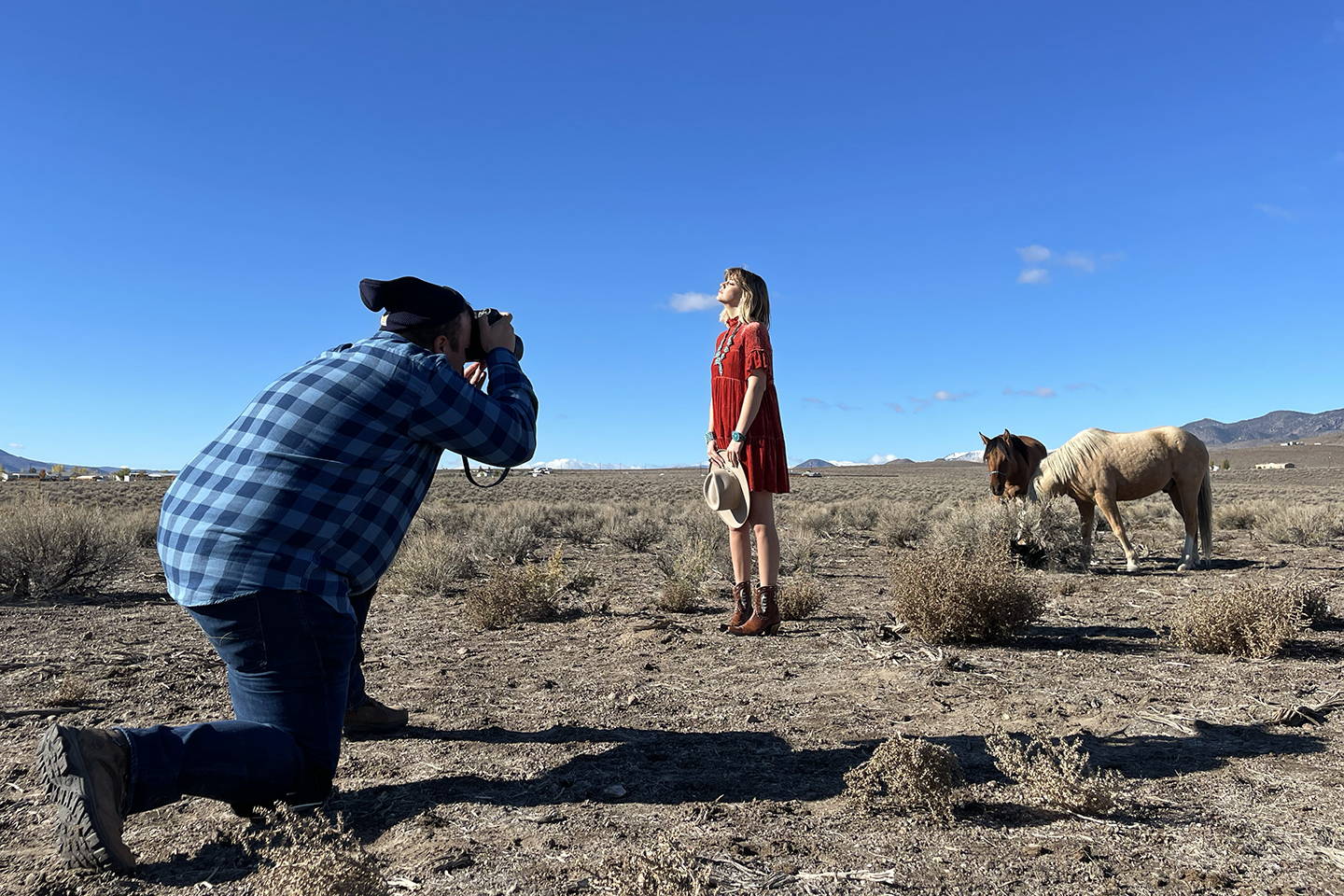 “It’s funny, because we grew up around horses our whole life,” Cheryl said. “But let me tell you something, trained quarter race horses are a different beast from an open range wild horse. To say they were captivating is an understatement. If I didn’t have a job to do and such a short window, I could’ve lost an entire day just observing them. Incredible creatures.”

In our experience, wild horses certainly lived up to the title. We got to experience alpha stallions leading and defending their bands, posturing when another stallion got a little too close. And we were witness to a little more than we bargained for, having a very VERY front-row seat to a mare-mating session. Nature, am I right?

But perhaps the funniest part was that, yes, wild horses are wild, but they are also very curious. After all, we were visitors on their turf. As fascinated as we were by them, they seemed equally intrigued with us, and not at all shy about getting well into our personal space to check us out, even investigating the infamous iPad and getting a sniff of Cheryl and Mitchell. And we had one horse, Cowboy, who carpe’d the diem and decided that, by God, today was the day he’d make his modeling debut. Which, honestly, is a vibe we can respect. Shoot your shot, Cowboy!

And here is something we rarely talk about, but is a constant, consistent running theme of photoshoots – particularly those in remote locations – LUNCH. IS. A FIASCO. There have been times we’ve had to climb a literal mountain to get enough cell service to even place the order. First of all, finding a food joint in an unfamiliar town that everyone can agree upon and will be easy to eat but not too filling/put you in a food coma is a challenge on its own. THEN, getting everyone’s order is a whole task. And ordering takeout for a group poses inherent challenges, the more people, the more orders, the more likely it is that something is inaccurate or omitted altogether. We’ve gotten pretty accustomed to that; we order a little extra, we roll with the punches, “you get what you get and you don’t throw a fit”. But, y’all, what happened on this shoot, well that was unlike anything we’ve ever experienced.

“I don’t know if we should put the company on blast, even though I really want to,” Mitchell laughed. “Let’s just say, it’s a sandwich chain known for how fast they make a sandwich, and normally known for excellent customer service. Well, not the one in Carson City. I placed the order on the app, 8 sandwiches, a few drinks, chips, pickles, and cookies. Total came out to like, $105. I get to the store – we were taking our mid-day break when the sunlight is too harsh to be photographed – and they tell me they won’t fulfill the order because anything over $100 is considered catering. Say WHAT?! Keep in mind, I used to work at one of these franchises, so I’m pretty familiar with their policies and this is new to me. So, I suggest that maybe we just cancel all the cookies, then the order will fall under $100. Still a staunch ‘no’. We ask if I can order four sandwiches and my digital tech can order four. HARD no. She even goes so far as to tell me they don’t have enough bread, which I could visibly count 18 full baguettes, which means 36 sandwiches; we just needed 8. She informed me that if they filled my order, they ‘wouldn’t have enough for their customers’. LADY. We are your customers! Or we were gonna be, anyway. Finally, I googled to see if there was another Jimm—err, sandwich shop – in Carson City, and there was, so we casually strolled in there, we skipped the app this time, to find two employees running the whole place by themselves (there were five at the other store) and yet they gladly prepared our allegedly over-sized order and even apologized for taking slightly longer than their usual freaky-fastness because they were short-staffed. What a wild ride.” 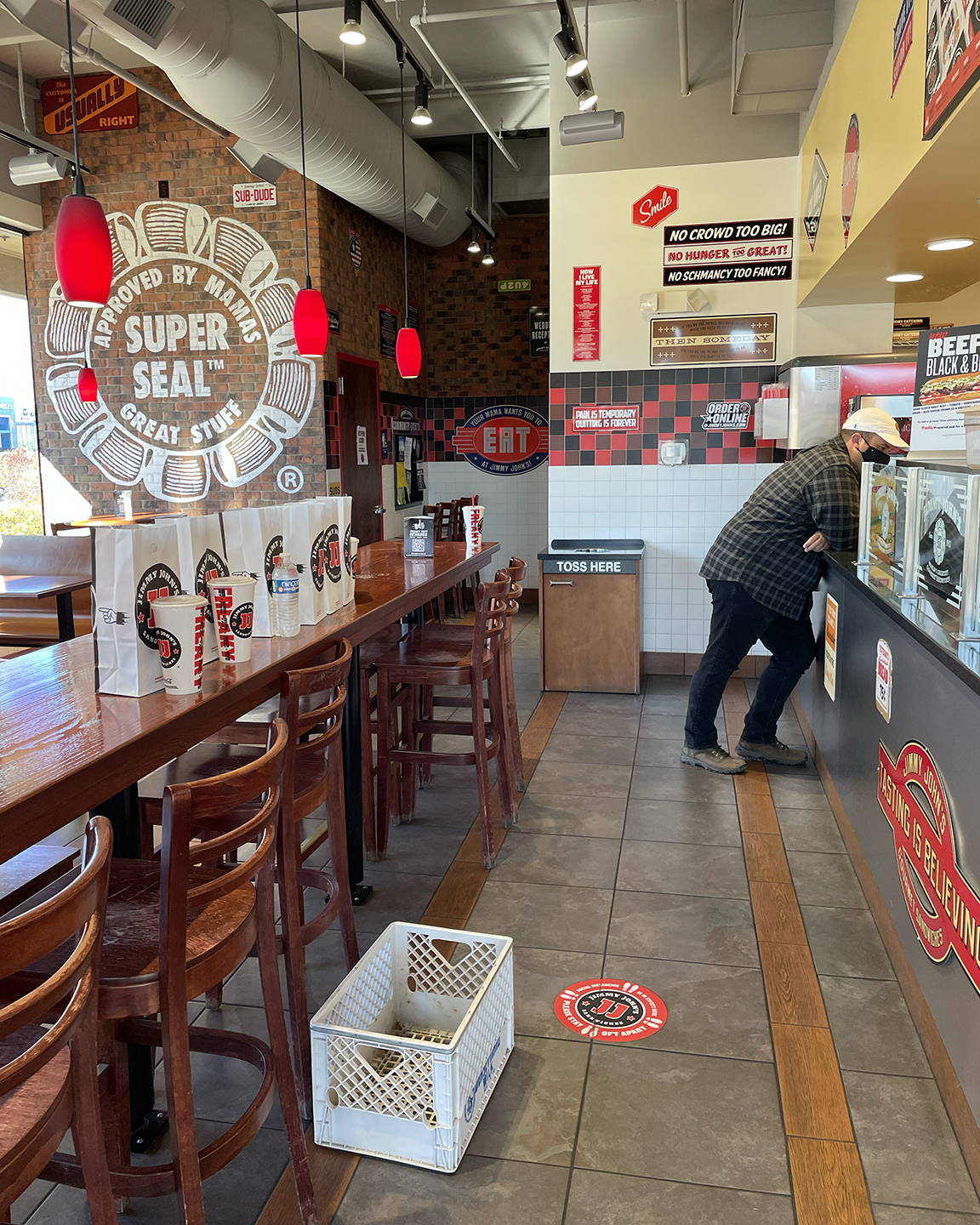 Now is a good time to point out that we were missing our beloved Jack on this particular photoshoot, normally lunch is a task that would fall in his wheelhouse. (And for those who know Cheryl and are wondering, Audrey subbed in to fill the tea and find the chapstick.)

Oh, and it’s hardly a photoshoot if we don’t encounter at least one memorable character. In this case, memorable for not the most favorable reason. At one point, we were photographing down by a little depot and there was a next-door neighbor doing some roof repair, so think staple guns, saws, hammering, ALL the noise. No big deal, right? Man is just tending to his business. Meanwhile, we’re snapping some photos and, per usual, we have a little mood music on – at this particular moment, some ‘90s country, so nothing profane. Well, Mr. Roofer was NOT having it. Despite the grating amount of noise he was making, he came over to tell us how we were disturbing his peace! Whaaaat? We just kind of looked at each other, turned it down a little, and thought how strange that was. He proceeds to turn on music of his own, Alice in Chains, at an alarming decibel, clearly a proverbial middle finger to us. A bit later, we look over to see him lashing a tree with a switch just on the other side of the fence from us, for seemingly no reason other than rage release. Unsettling and bizarre, to put it mildly, and “a true crime podcast waiting to happen” to put it in Hedy’s colorful phrasing.

Another one for the books. 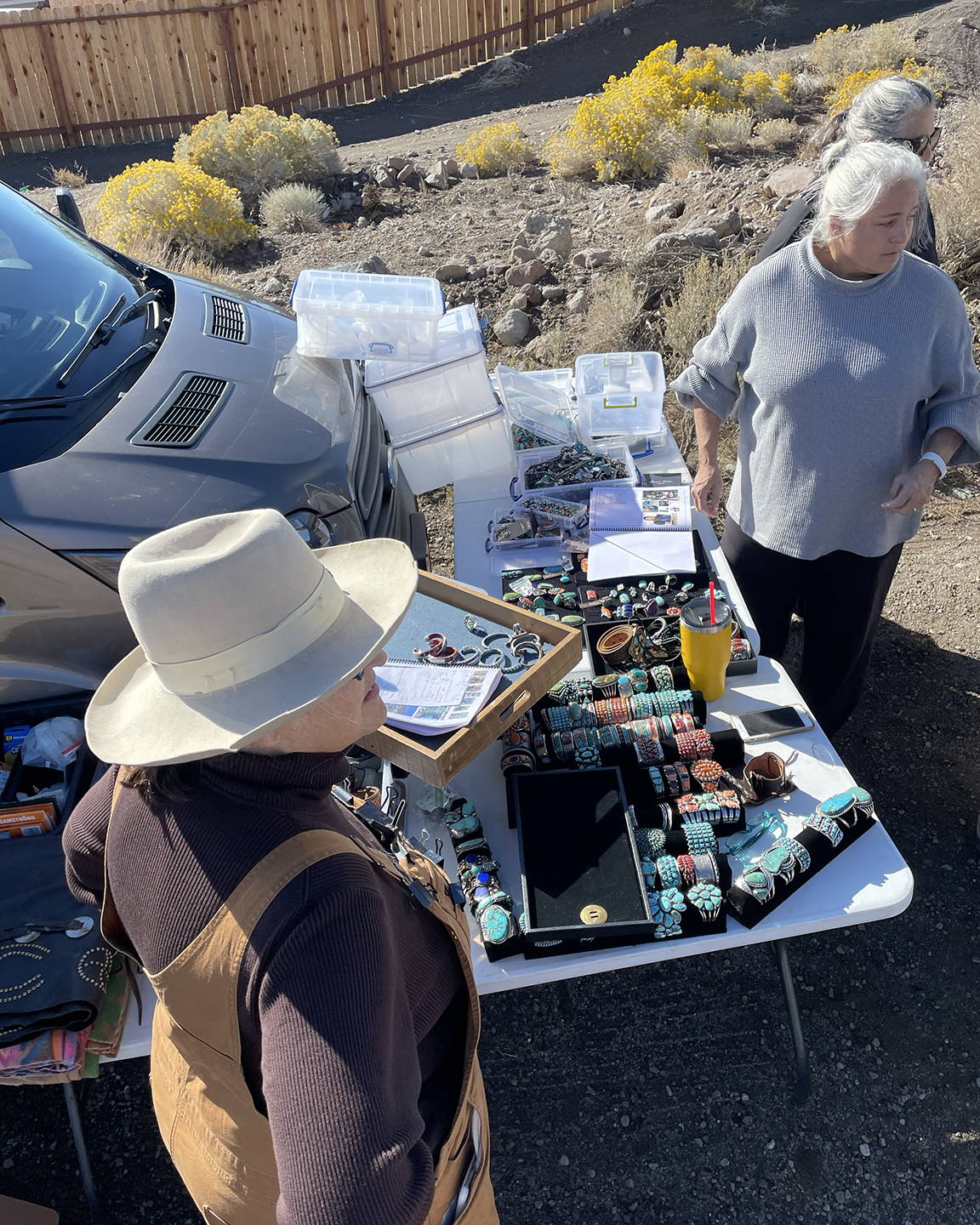 Well’ What a time you had!!!! Some people are just plain MEAN!!!!!!!!!!!! Seems like ya’ll handled everything with laughter and CLASS! Some have no class. That reminds me n ot to go to Nevada! Can’t wait for the new season of DDR merchandise. Carry on Ladies! Sandi in Virginia

Thank you all so much for coming to Visit our wild horses in Nevada!