Over the years, we’ve done our fair share of photoshoots with animals – mostly alive, but who can forget the taxidermy bull from our Urban Cowboy shoot – and sometimes it goes better than others. (Remember when we had that darling British model for Giant who had never seen a cow before and when it peed in the pen, she declared, ‘It’s leaking!’) But the Walker shoot, well that was maybe one of our favorite on-camera animal experiences.

Meet Jake, the 2300-pound longhorn steer that stole the scene in the pages of the Walker catalog. While he might look menacing at first glance, turns out he’s just a one-ton sweetheart. 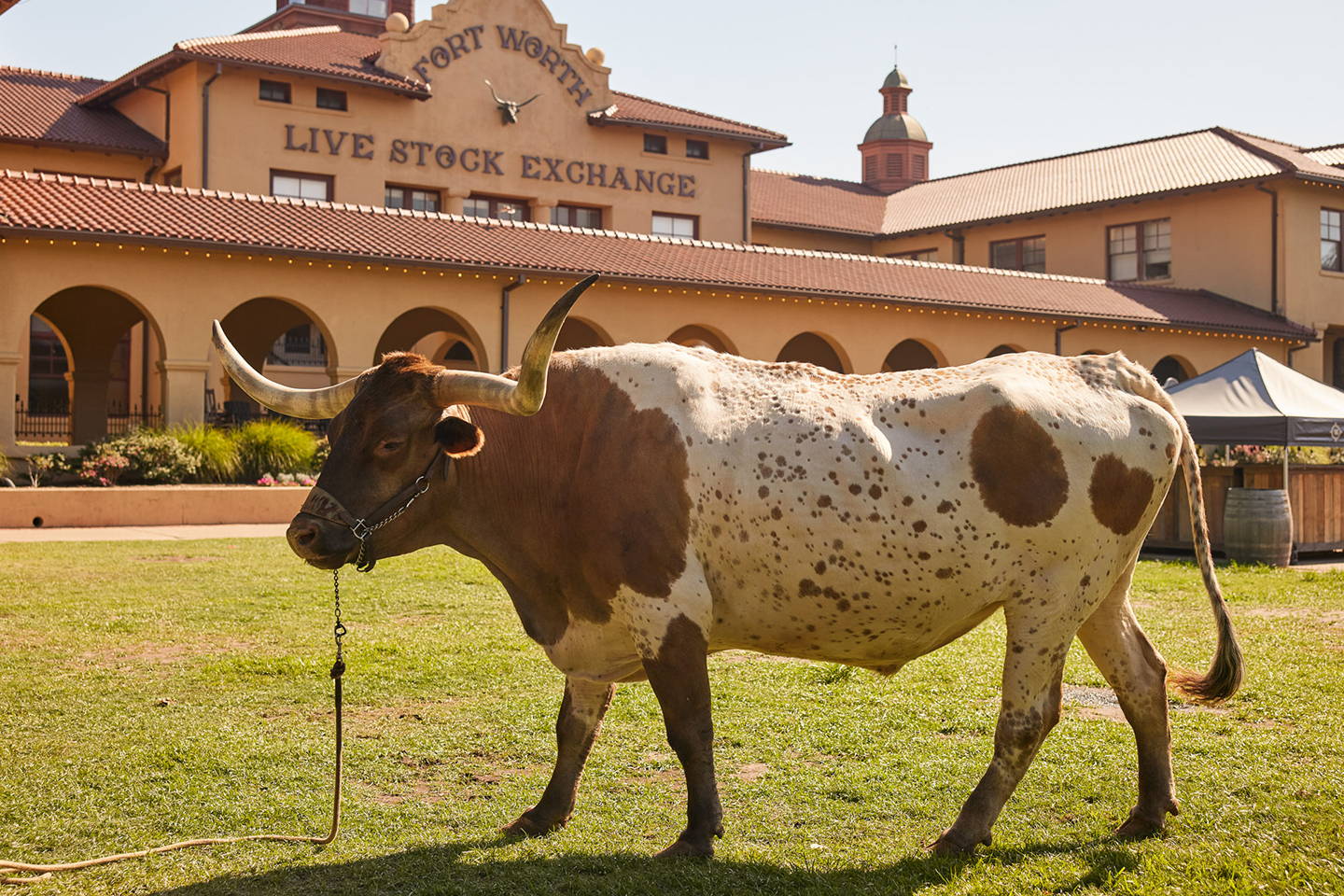 “He was so sweet!” said his co-star Lozzie. “Like this big, gentle giant who has no concept of how big he is or how wide his horns are; he did almost knock me down once, but it was obvious he didn’t mean to.” 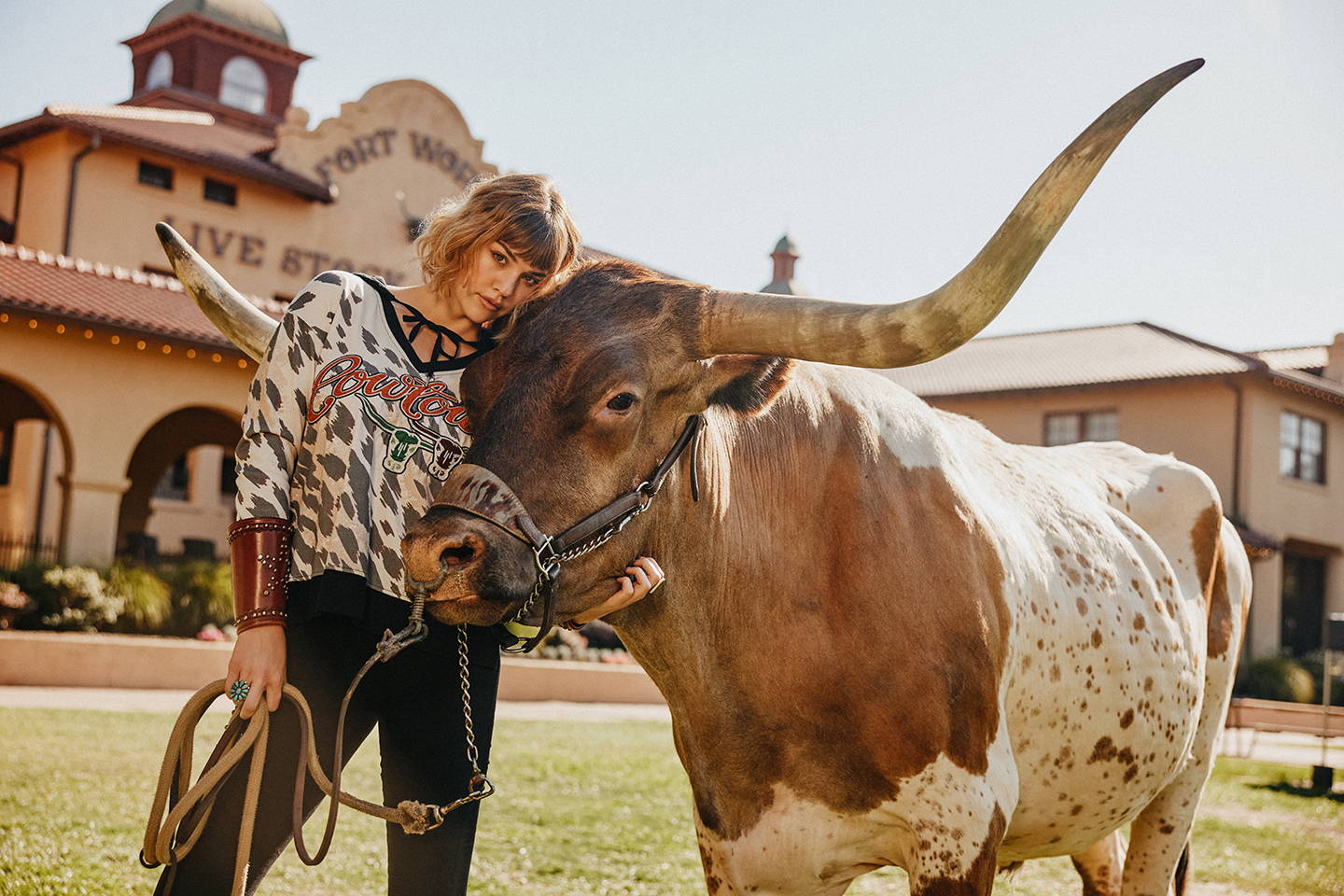 The 15-year-old animal has been a working longhorn with Stockyard Stables for about 6 years now, alongside his handler Jorge L. Rodriguez (pronounced like George).

“I’ve been working with Jake about 5 or 6 years; I’m the one he likes the best,” laughed Jorge. “Our attitudes are similar, protective. But he loves being outdoors and meeting people. He loves to model.” 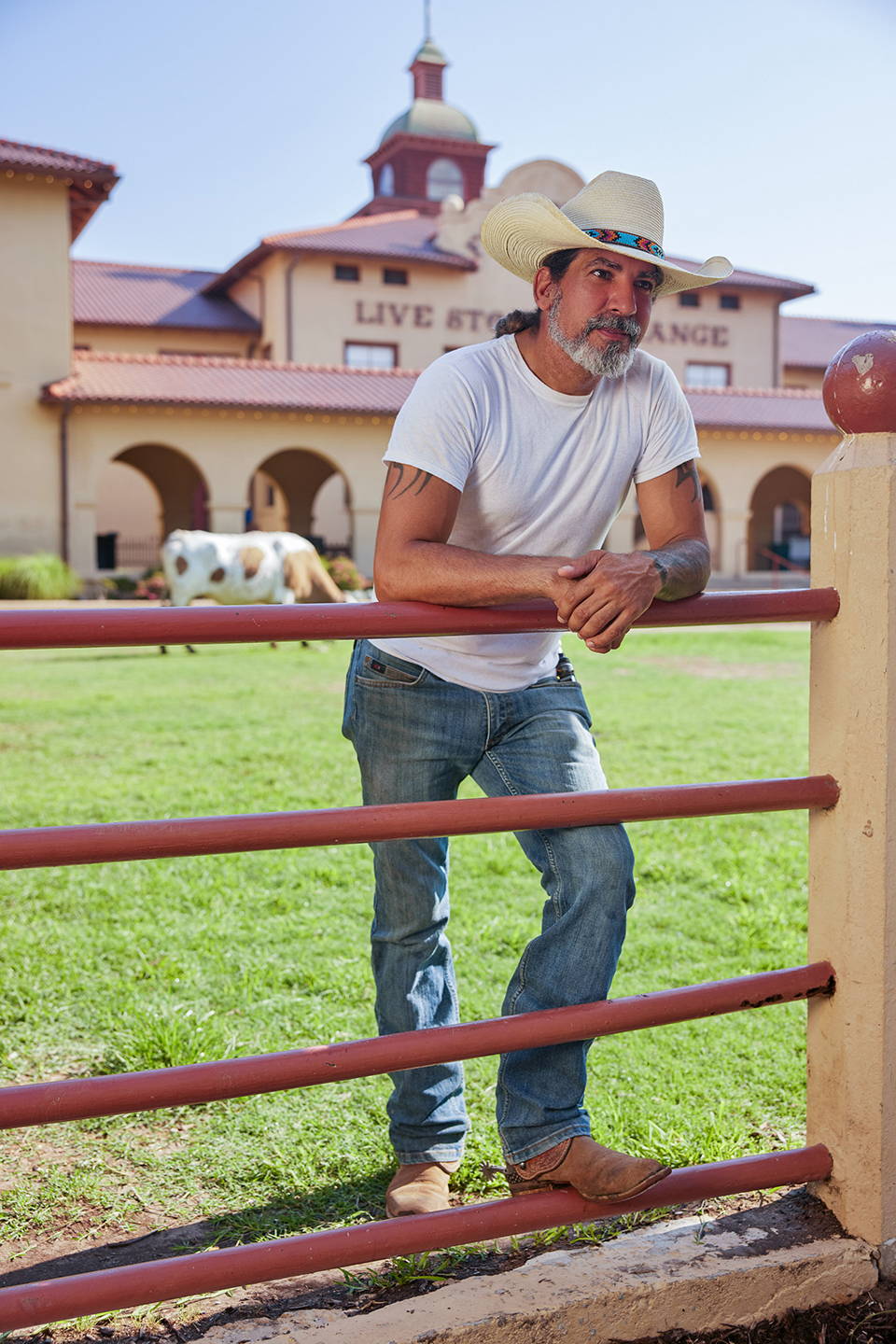 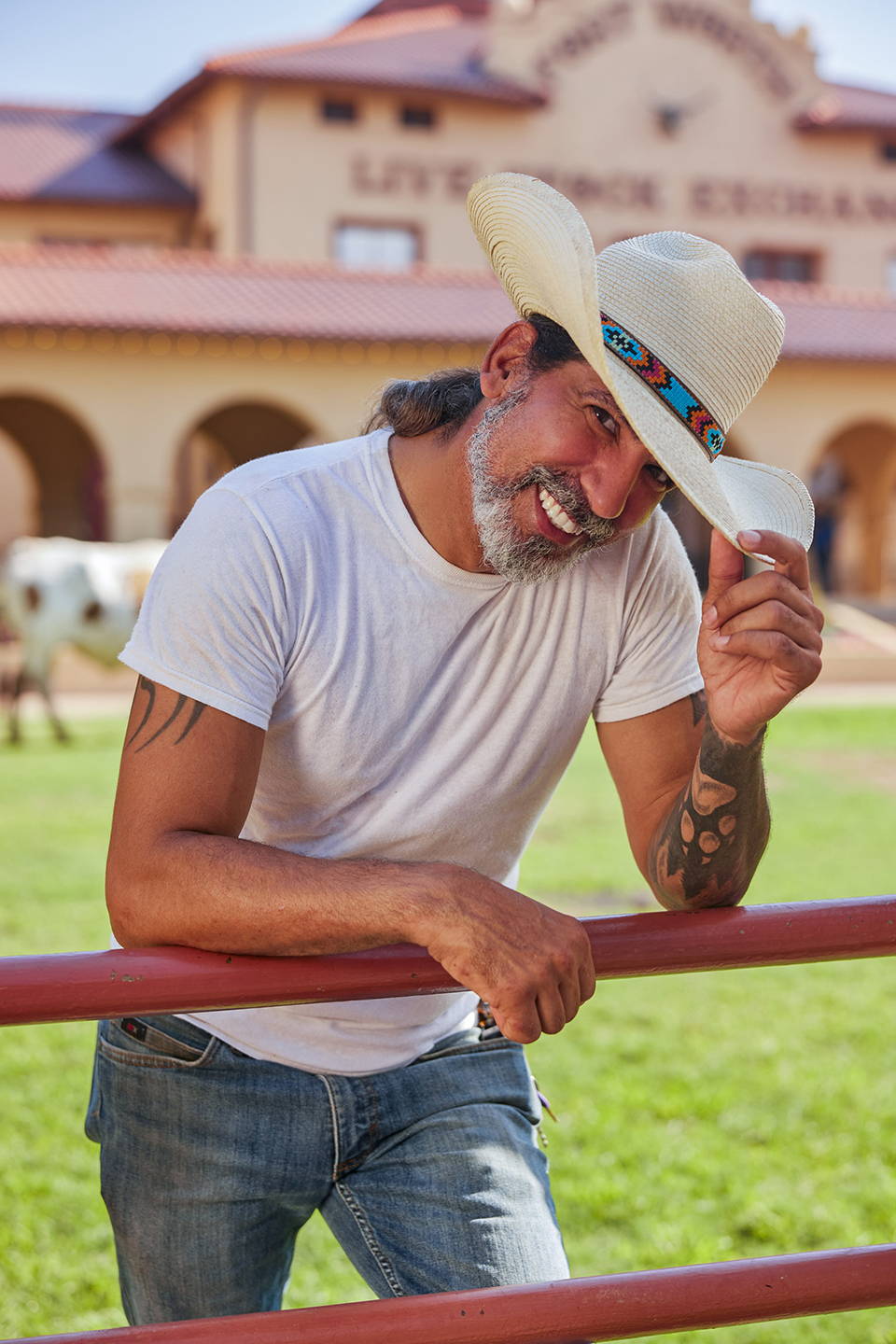 It’s pretty amusing to think of this meaty, majestic creature loving to pose for the camera, but he really seems to be a natural at it.

“Animals and babies, man,” Mitchell laughed. “They can be a photographer’s nightmare, but a camera’s dream. They make for some of the most striking photos in the end, probably in part because there’s a magic in capturing them. As far as animals go, though, Jake was actually pretty good at hitting his mark.” 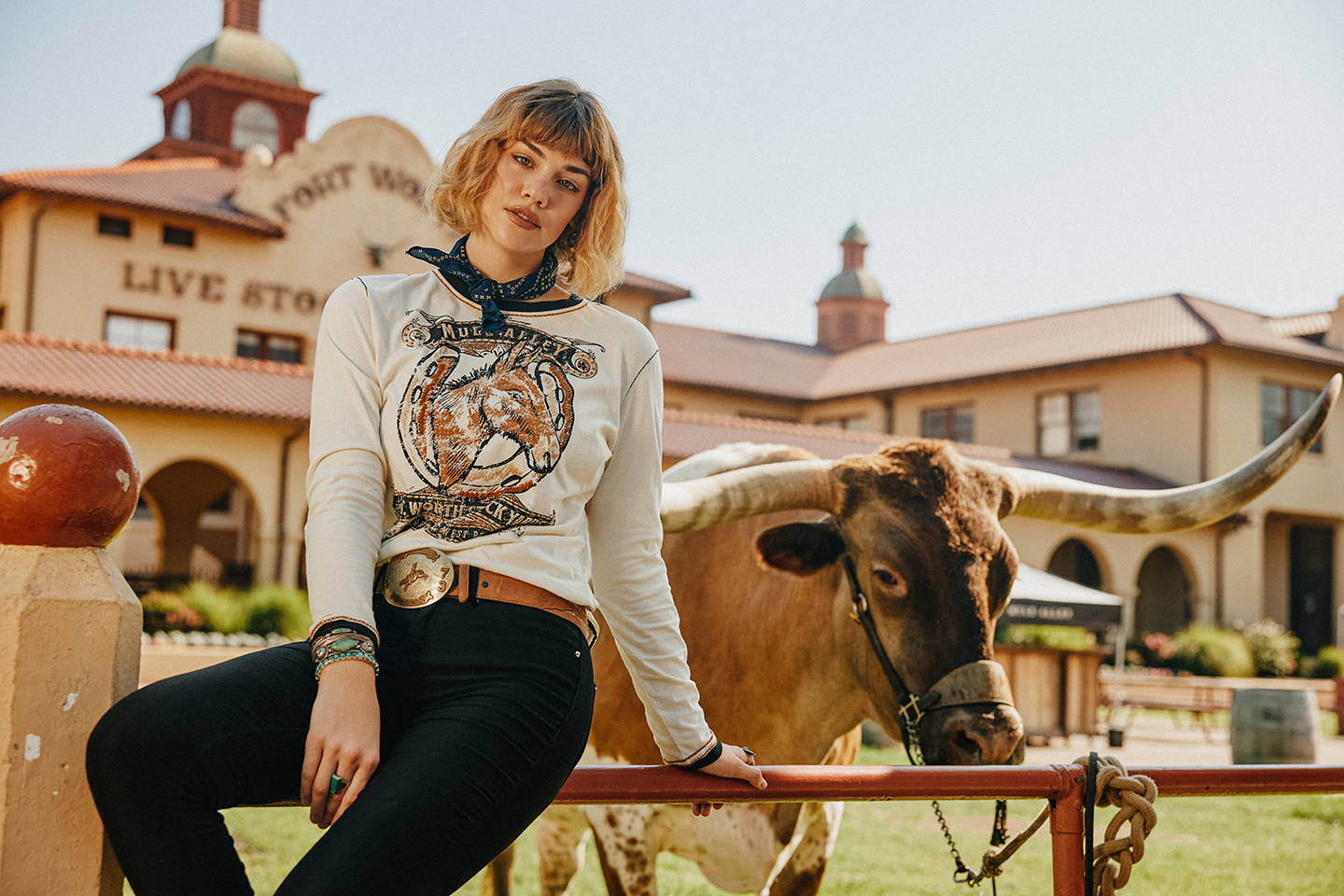 And how did Jake and Jorge feel on the other side of the camera for the Double D shoot?

“Everyone was awesome,” Jorge said. “Everyone was very cool and interactive, and most importantly, good listeners!” 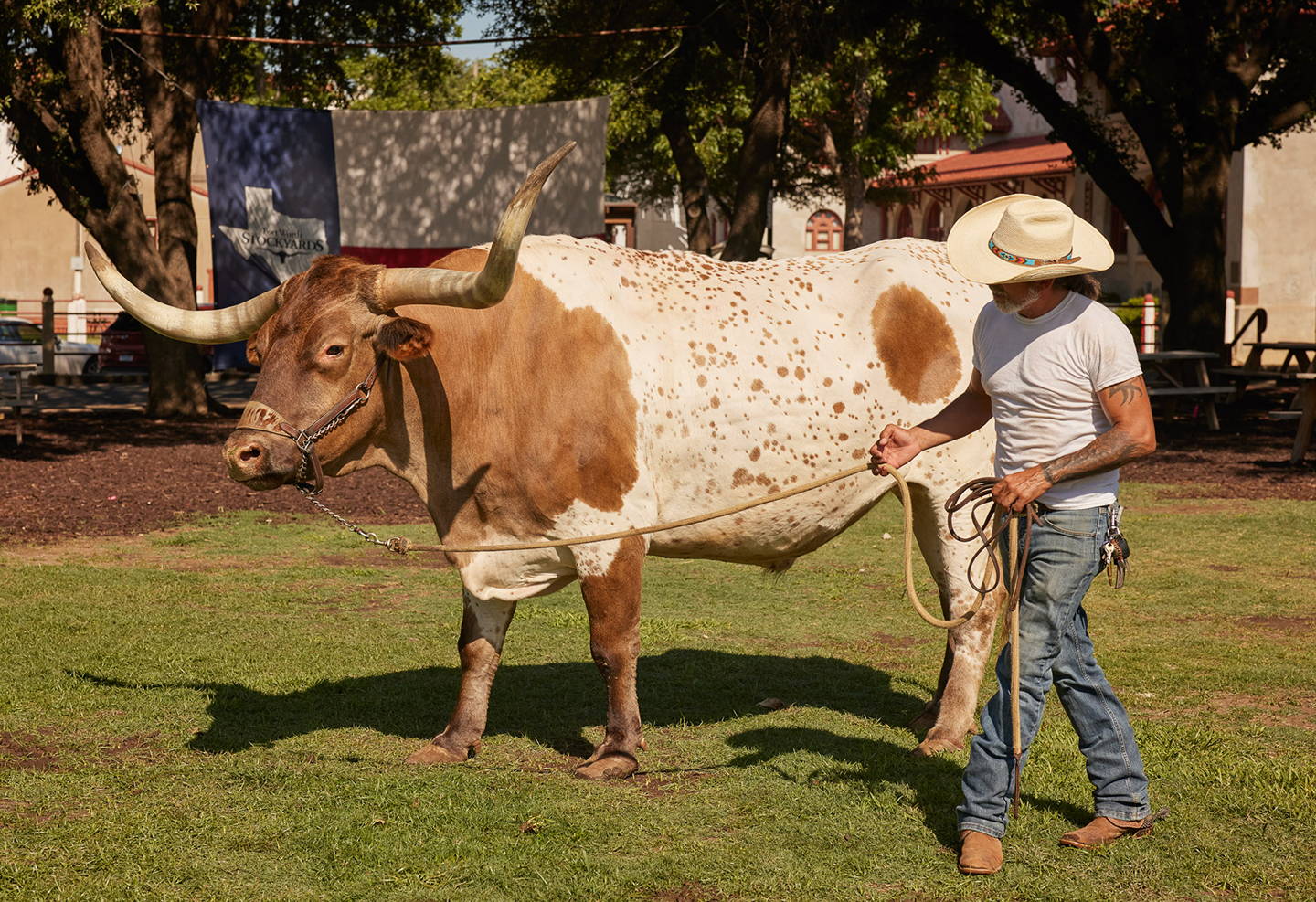 Yeah, we can imagine that’s a key factor of a successful shoot when you’re dealing with someone the size of Jake. But, you don’t have to have a whole catalog crew to snag a photo with this beautiful boy.

“Jake and I are on the street in Stockyards every day – well, the sidewalk,” Jorge laughed. “We’re actually face to face with the new Double D Ranch store. You don’t need an appointment, you just sign up, first come first served, and have your picture taken with him.” 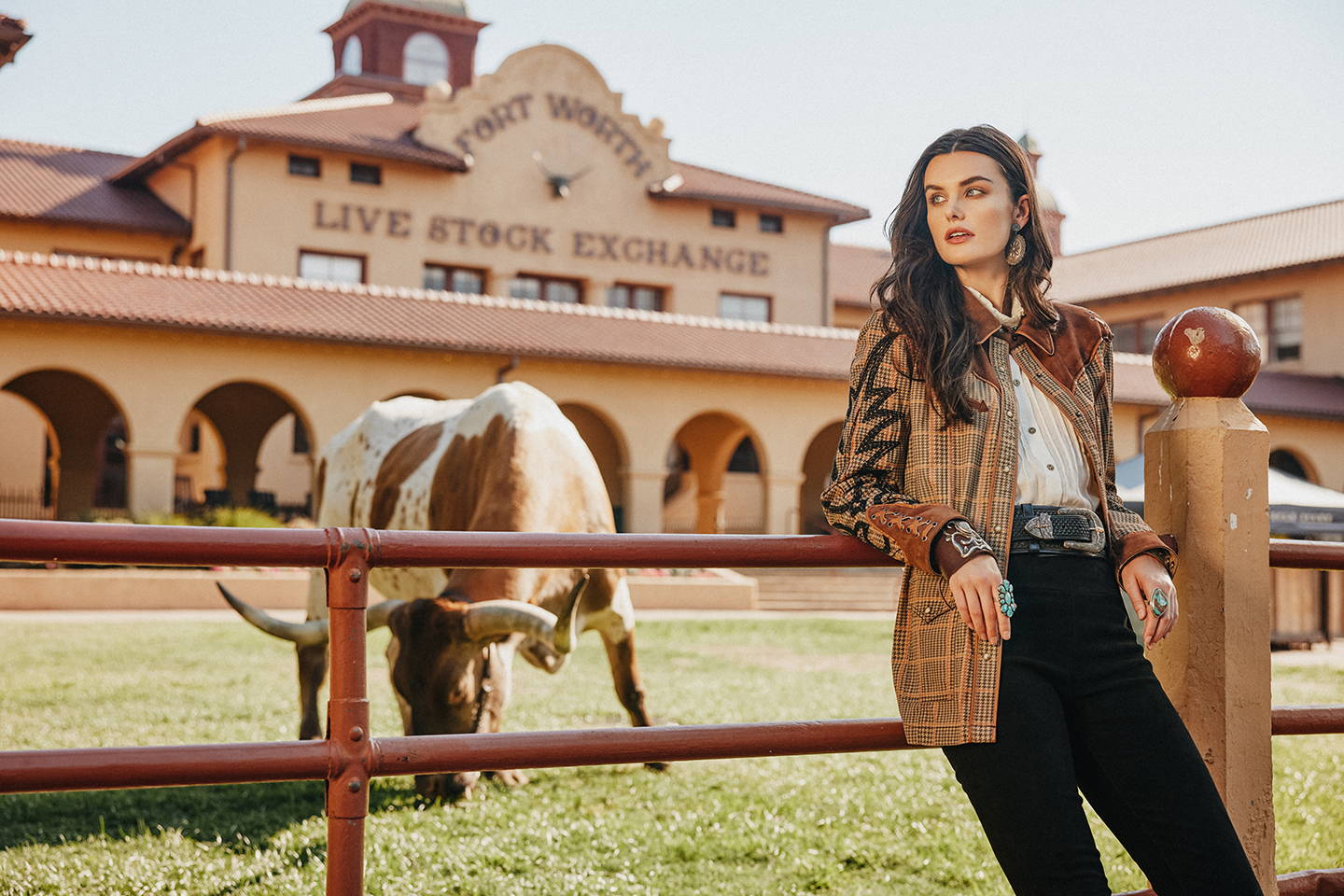 How lucky is our Fort Worth crew to get to see this sweet face every day? As if you needed more incentive to come check out the flagship store, we’ve got you a big one – with hooves and horns and a heart-shaped ‘tattoo’. 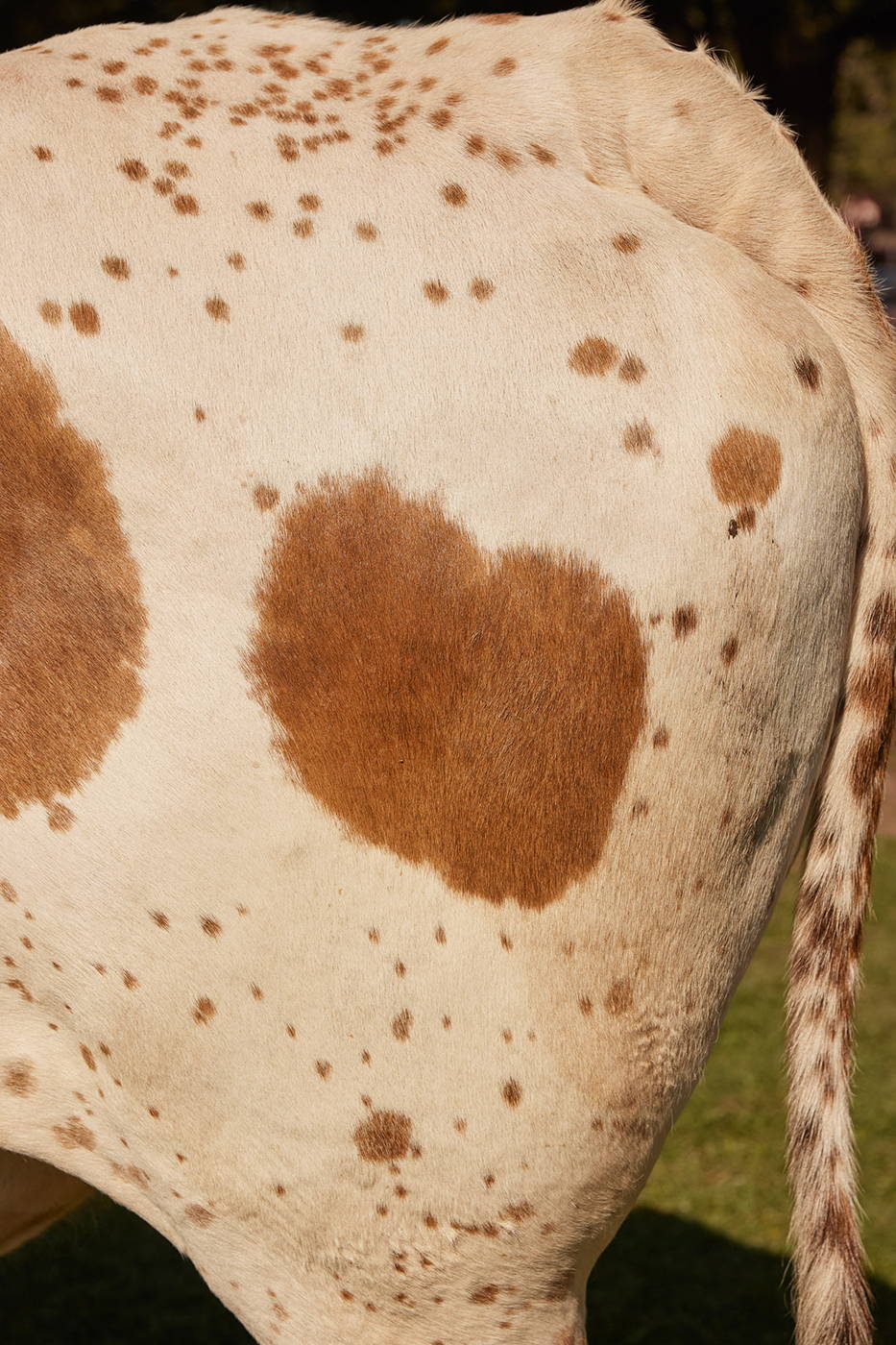 I am glad JAKE is better behaved than BEVO. Here in Athens, GA, we still hold a major grudge against Bevo for going after our mascot UGA, the GA Bulldog before the UGA/ TX game. If Bevo ever comes with the Longhorns to Athens, he may end up being the main course at a tailgate barbecue. On guard Bevo….UGA is plotting his revenge!

PUT IT IN PRINT

Ok, we know we talk about this a lot – it’s even become a running joke within our marketing department – but blanket prints really are a big part of what we do!

You might have noticed a second brunette beauty in the Chili Patine catalog. Allow us to introduce you.

Everyone on your list deserves a little DDR. We have some unique gift ideas this year for hard-to-shop-for guys, gals, and even children in your life!