There’s a certain twang to television cowgirls that is indicative of the era and the shift in the way Hollywood was representing women on the small screen, giving their characters a little more sass and sensuality.

Perhaps the most well-known and prolific of all American pinup artists is the legendary Gil Elvgren. Having created more than 500 paintings and mentored dozens of apprentices, he made an indelible impact on the artistic genre. Often imitated but never duplicated, Elvgren had a signature style that is sometimes described as a ‘naughty Norman Rockwell’. Unlike the real-life perception of actual cowgirls as hardened and hard-working, even masculine (think Luz Benedict in Giant), Elvgren’s illustrations of cowgirls gave them colorful character, portraying them as sensual starlets. 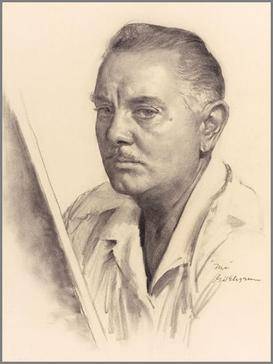 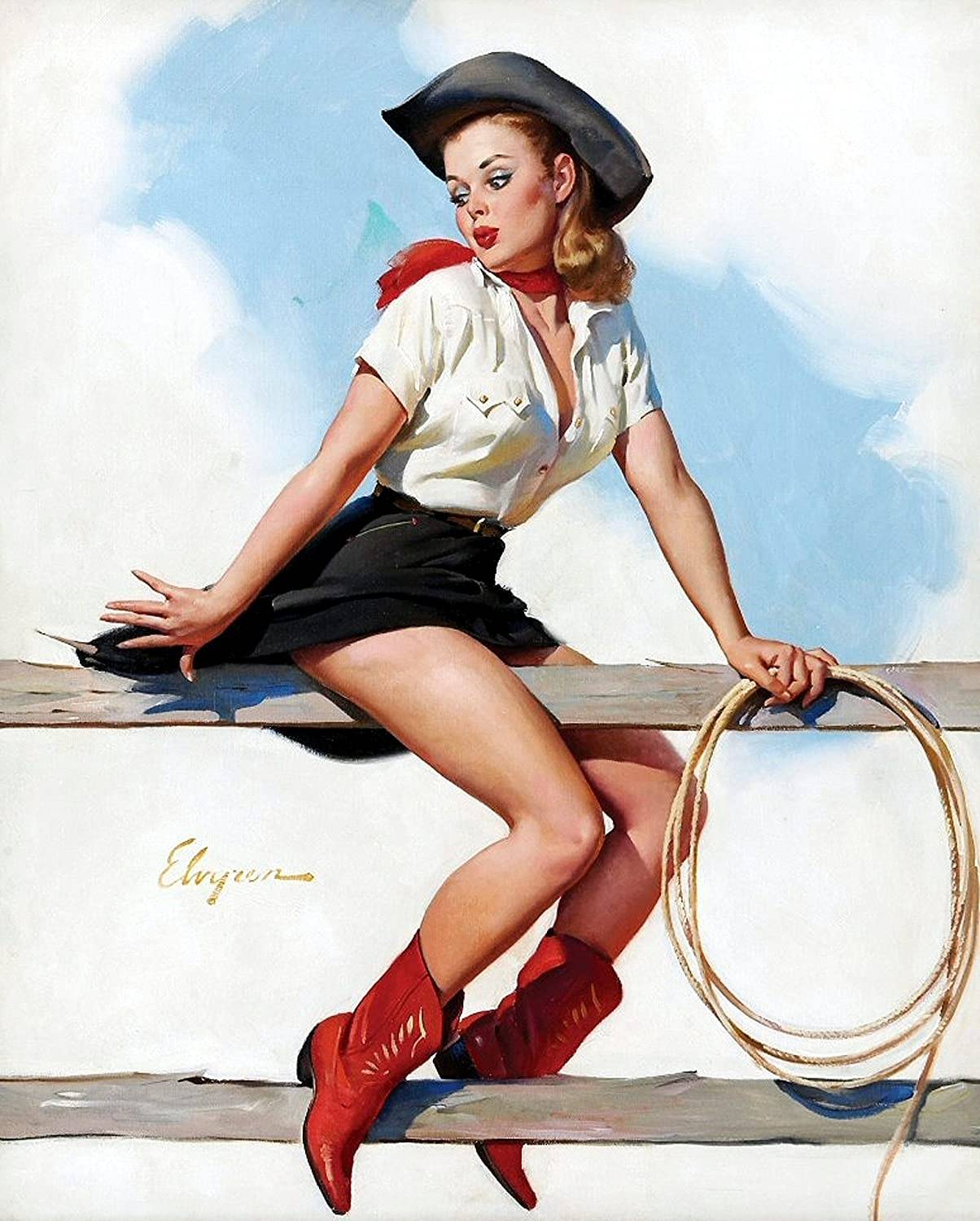 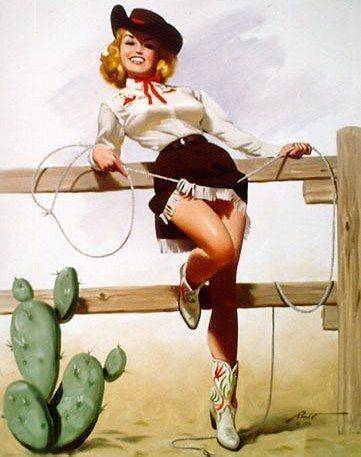 “Elvgren’s artwork heavily influenced the aesthetic of this catalog,” Cheryl said. “He was the ‘it’ American pinup artist, and the span of his career coincided with the TV Westerns boom we’re channeling. We drew inspiration for the set and the props from some of his paintings, and we styled the models in mid-century pinup hair and makeup, capturing that kind of ‘cowgirl coquette’ vibe that was present in Elvgren’s western-themed portraits.” 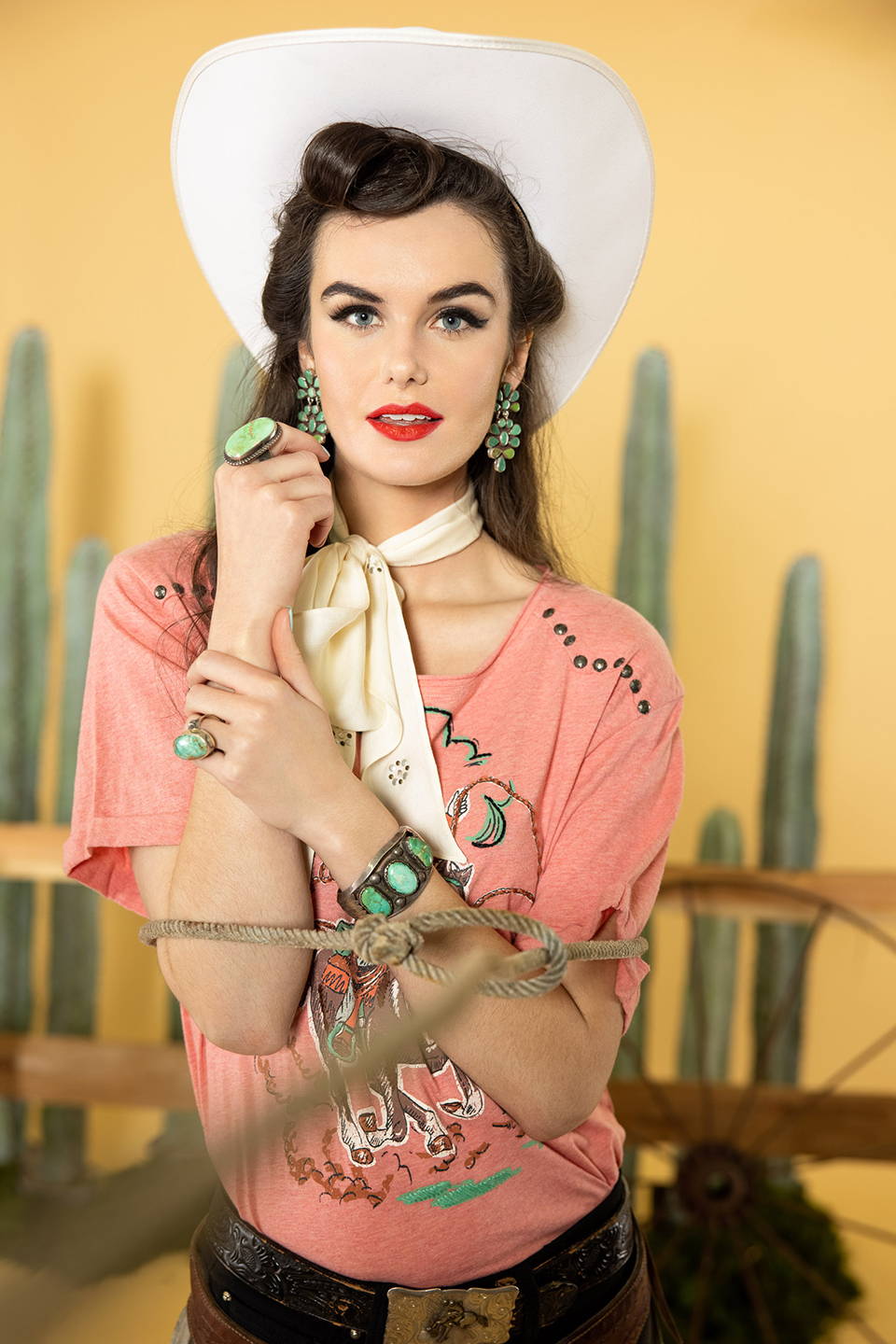 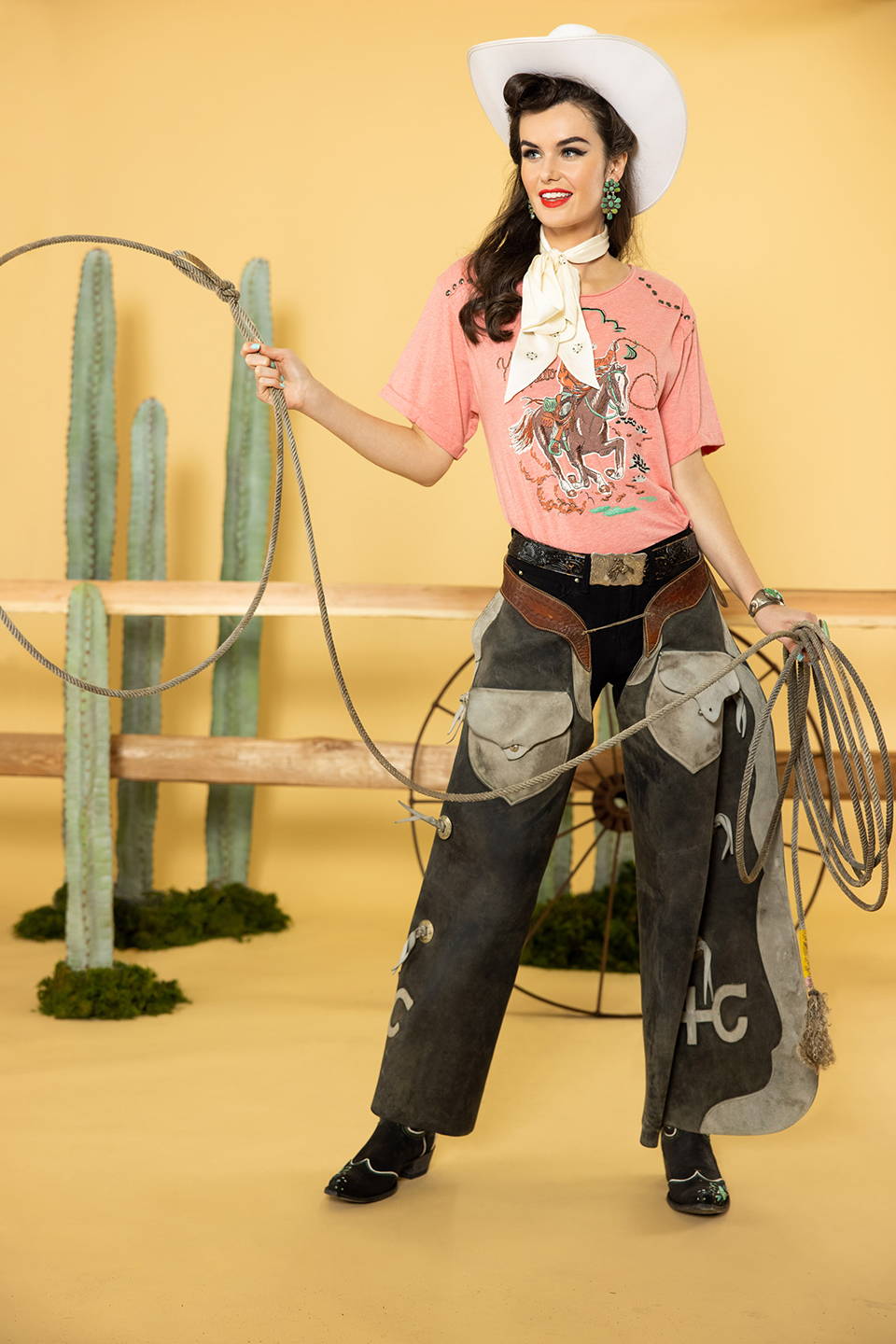 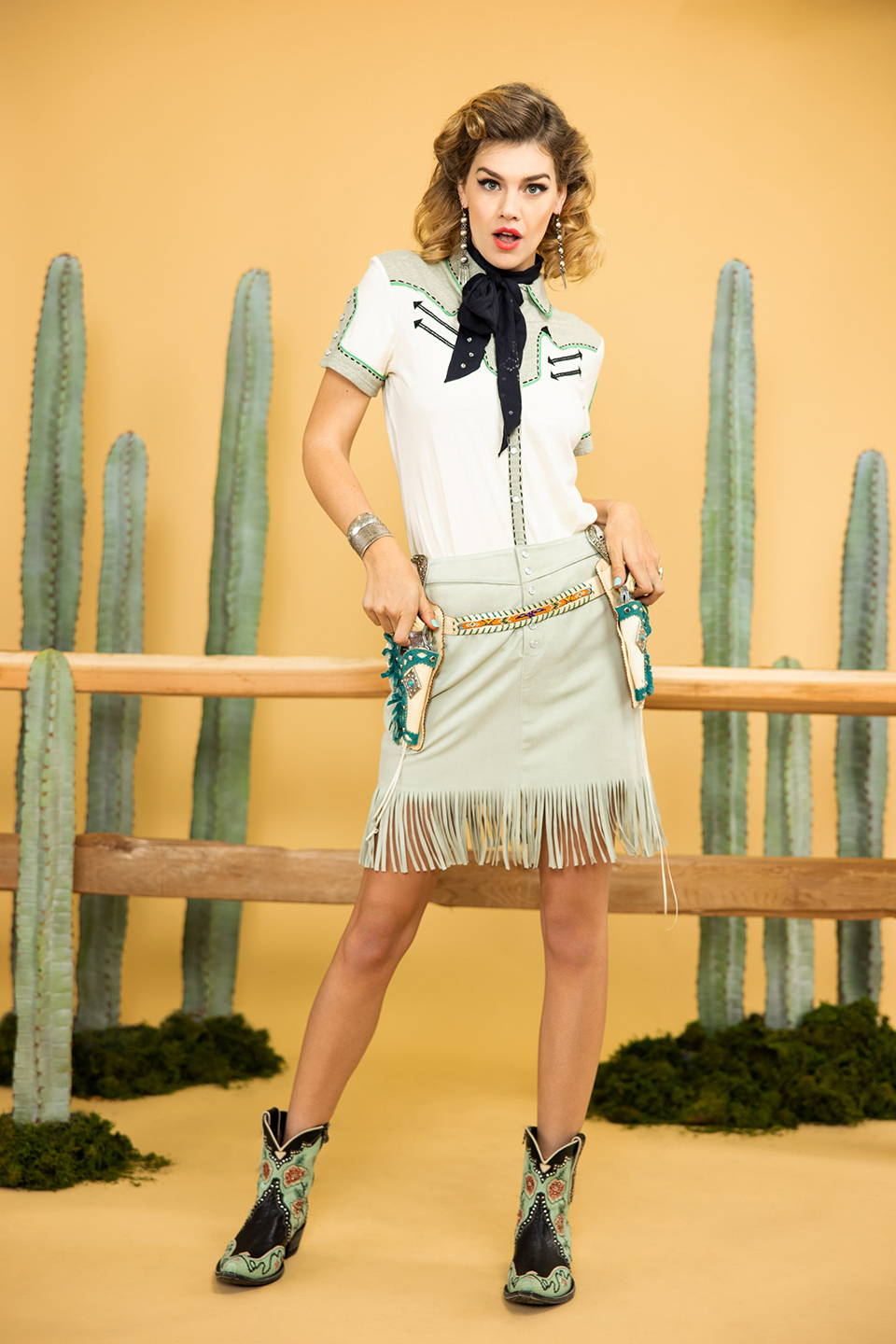 Though it distinctly depicts a bygone era of Americana, Elvgren’s work is evergreen. More than four decades after his death, it is still every bit as coveted and collectible as it’s ever been. 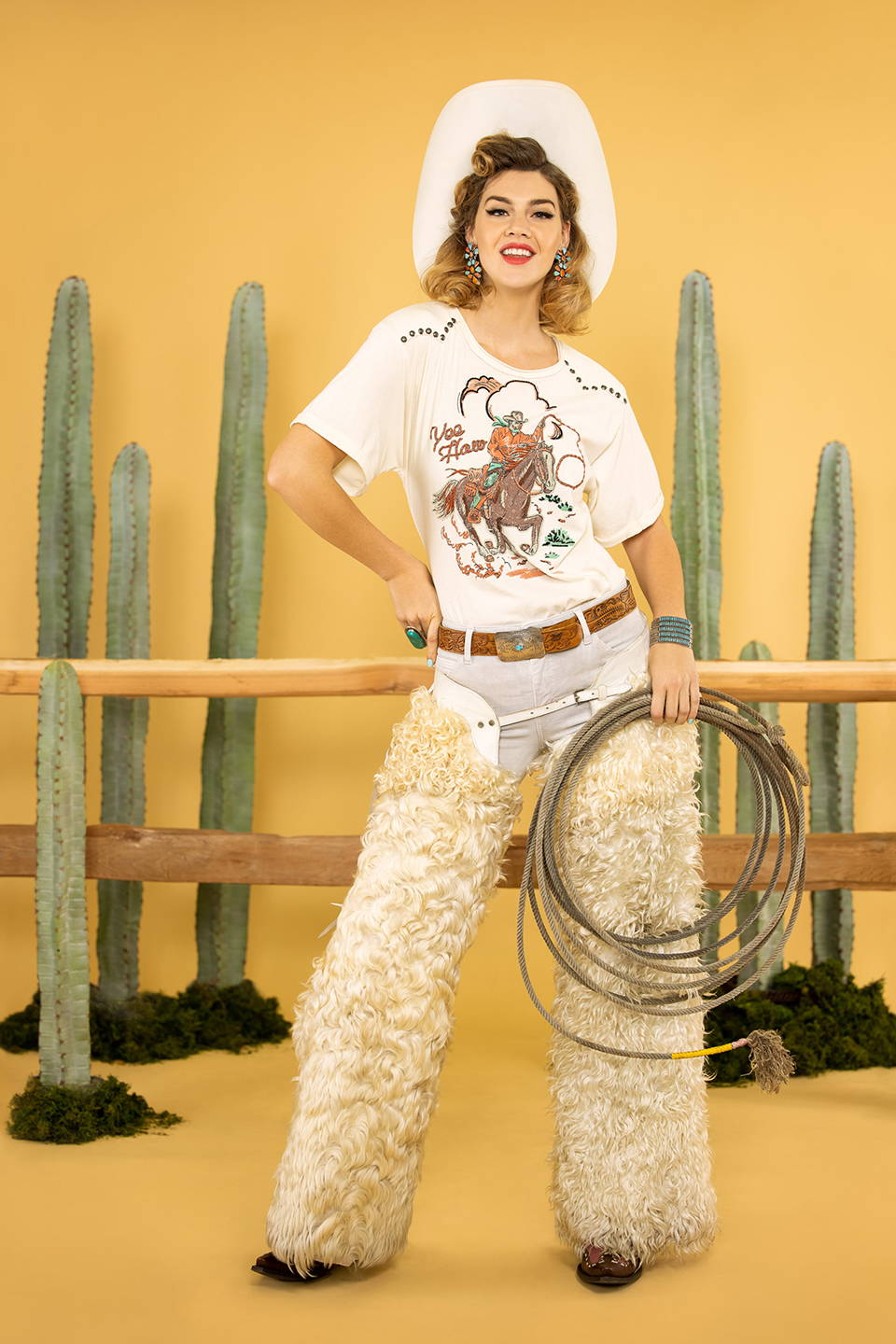 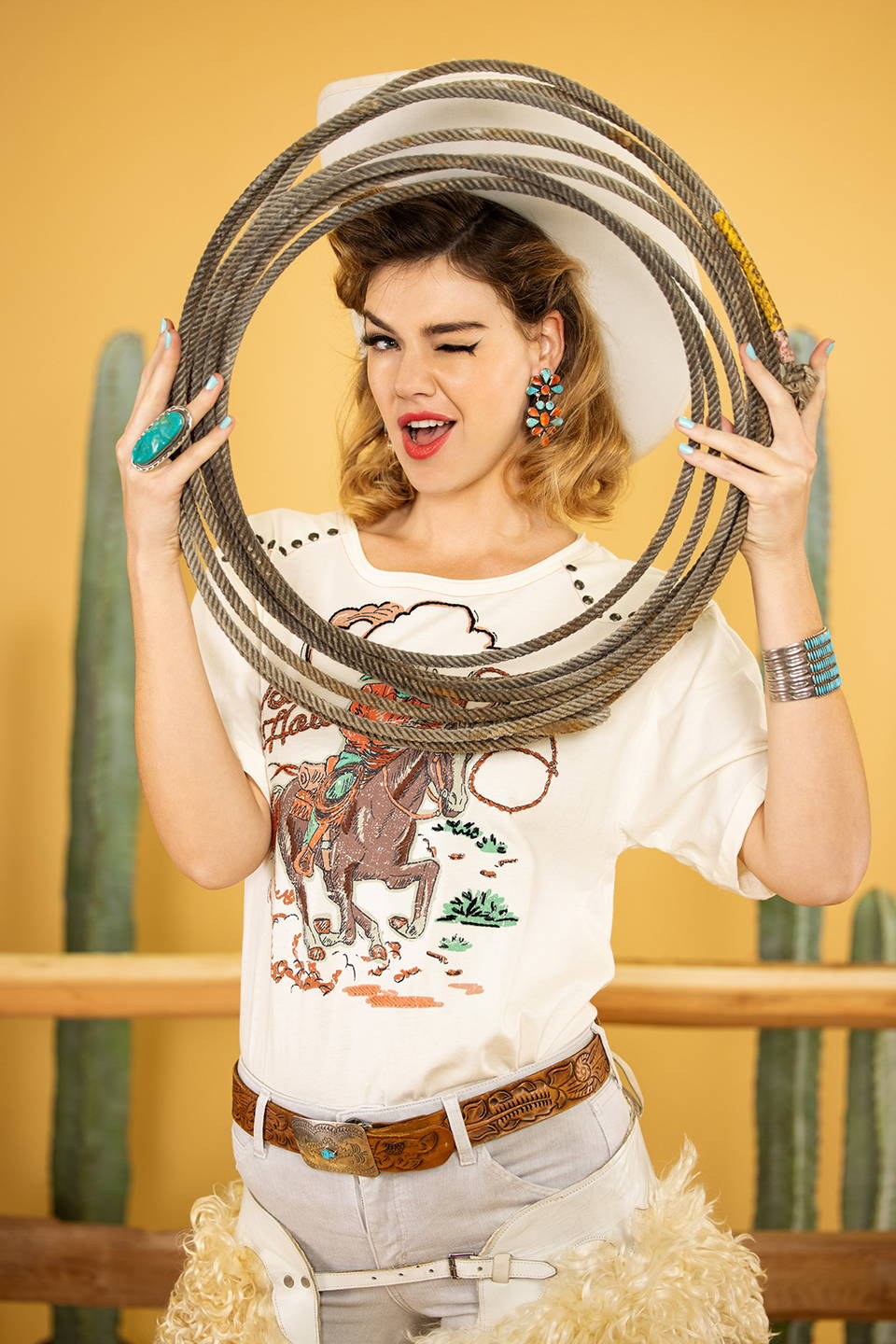