One of our initiatives for this year – one that’s always been important to us, but we’re taking an even more dedicated approach to moving forward – is educating. On things we buy, things we sell, things we make, and even just things we love. Every art, every craft, every creation has a story; we feel a duty and a desire to not only learn them, but to share them.

As many of you know, our Creative Director Cheryl McMullen has a tendency to “get on a kick”; i.e. she discovers a thing – a pattern, a piece of jewelry, a vintage style of something – and becomes enthralled with it, insatiable for information about it. Currently, that thing is Plateau Bags. 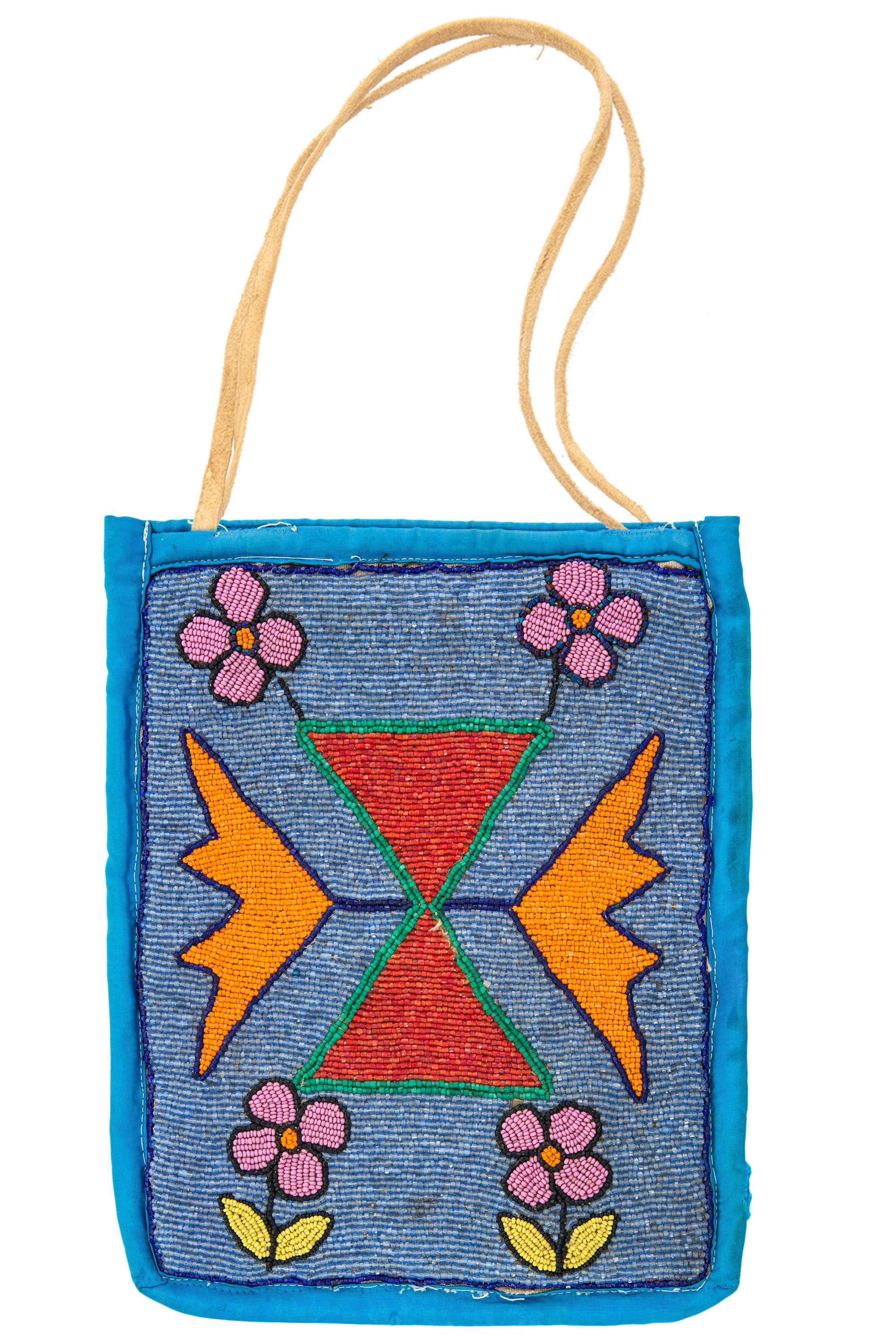 “They’re beautiful! In both their simplicity and complexity,” Cheryl said. “You look at them, and at first glance, they’re kind of rudimentary; flat rectangular bags with basic geometric designs. But then you realize that they were woven by hand, with no loom and no pattern, using natural fibers and natural dyes, and you develop an awe and an appreciation for them. And, as a craft tends to do, it evolved with the discovery of new materials and techniques. The more recent ones, the ones created in the 20th century, tend to be more ornate, beaded with pictorials.

Those are the ones that really caught my eye, and they’re just more commonly found these days, but that lead me down the rabbit hole backwards in time to learn more about their origin.” 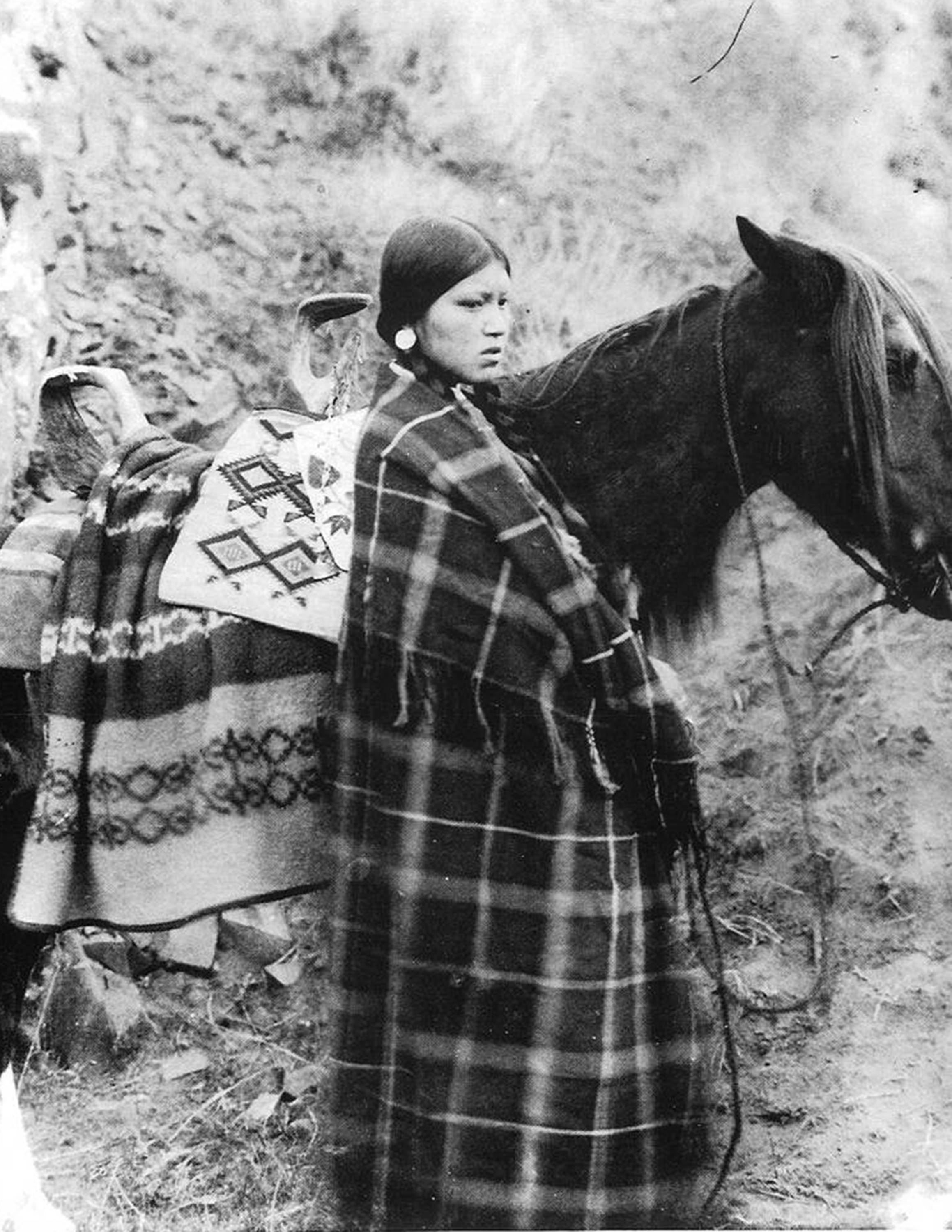 So, what exactly is a “Plateau Bag”?

The “Plateau peoples” refers collectively to a group of Native American tribes (such as the Nez Perce, Yokama, and Umatilla, among others) who inhabited the Pacific Northwest, a region known as the Columbia Plateau that spans across the Canada-US border. The bags were both functional and ceremonial. In their utilitarian sense, they were used to store and transport food and “winter survival items”, and also served as important and valuable trade pieces. In their more ritualized sense, the bags were exchanged as part of traditional marriage ceremonies; the families of the bride and that of the groom would each fill a bag with roots and berries and present them to one another. 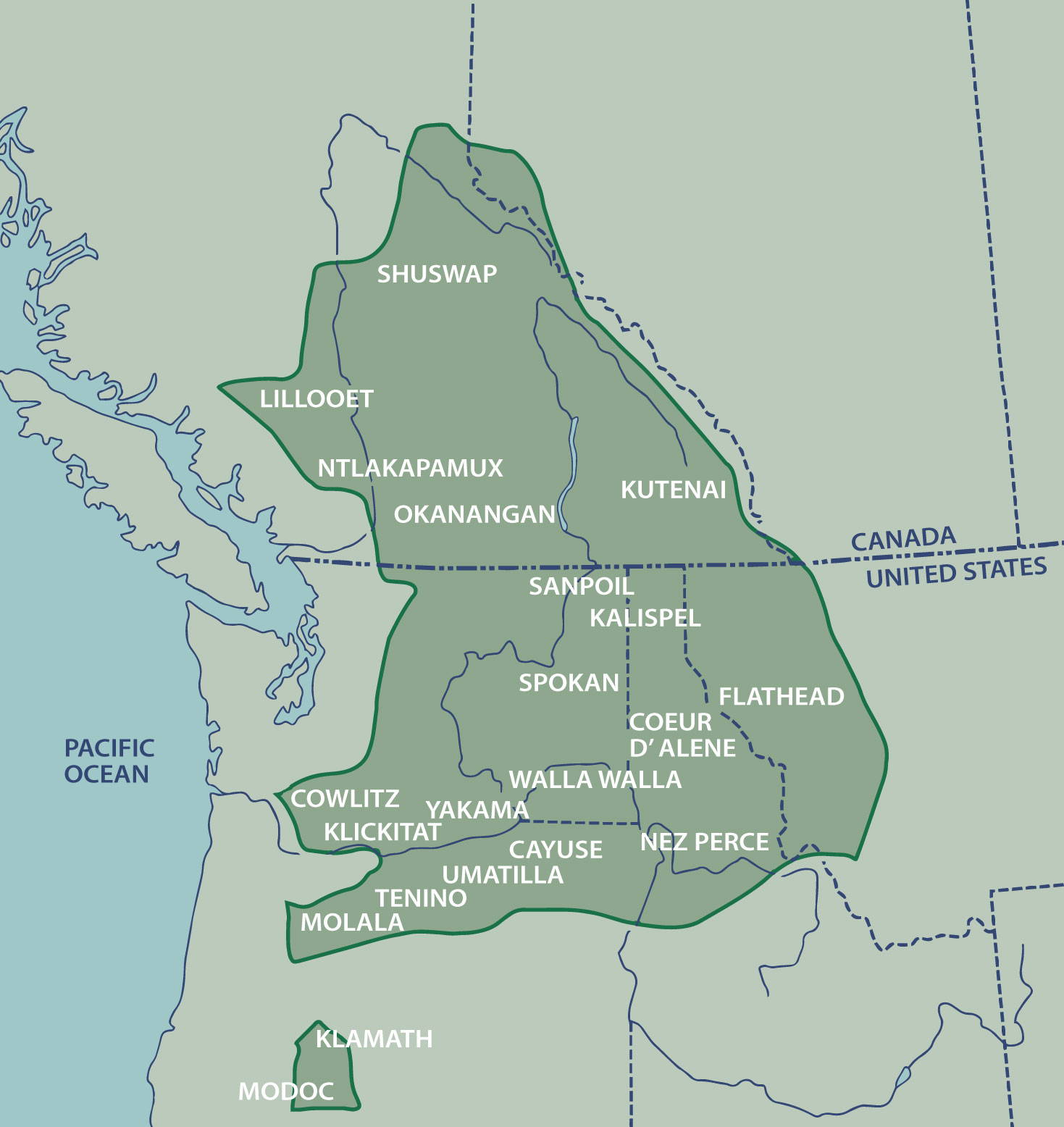 According to an article published by the Nerman Museum of Contemporary Art, a plateau bag is a “flat, double-sided bags [created] without the aid of a loom, working row by row, continually turning the bag while inventing two completely different designs on each side. Generally, one side of the bag displays a more complex design and the other presents a repetitive banding of geometric shapes.”

Originally, the bags were woven primarily from cured and handspun fibers of hemp, dogbane, or silkweed, and the fibers were dyed with minerals and herbs, but when corn was introduced to the Plateau, weavers began to favor cornhusks as they found them to be more flexible, which earned them the name “cornhusk bags”, by which they are still commonly referred. 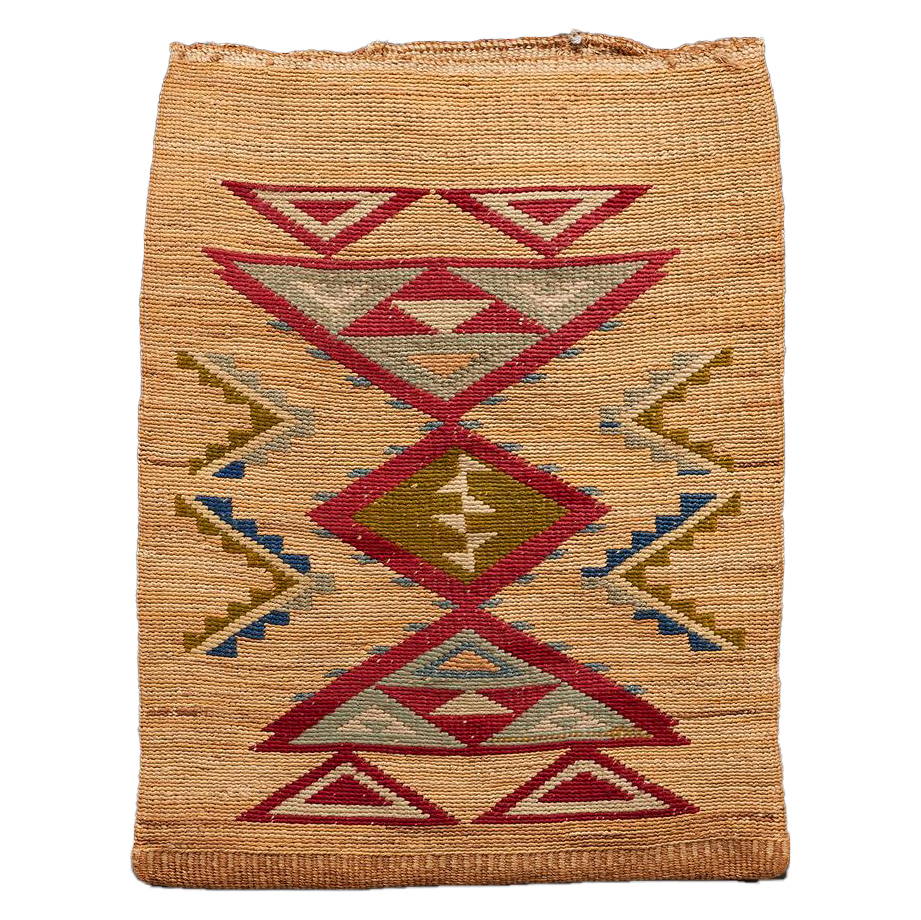 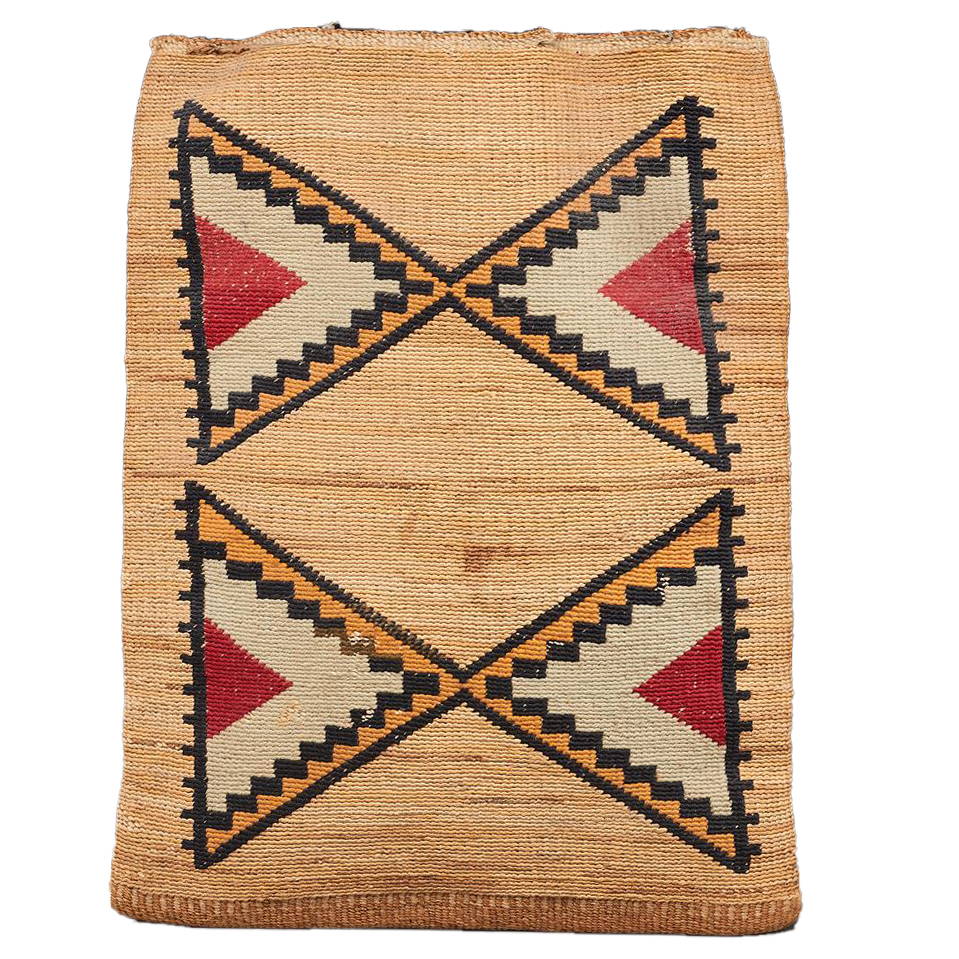 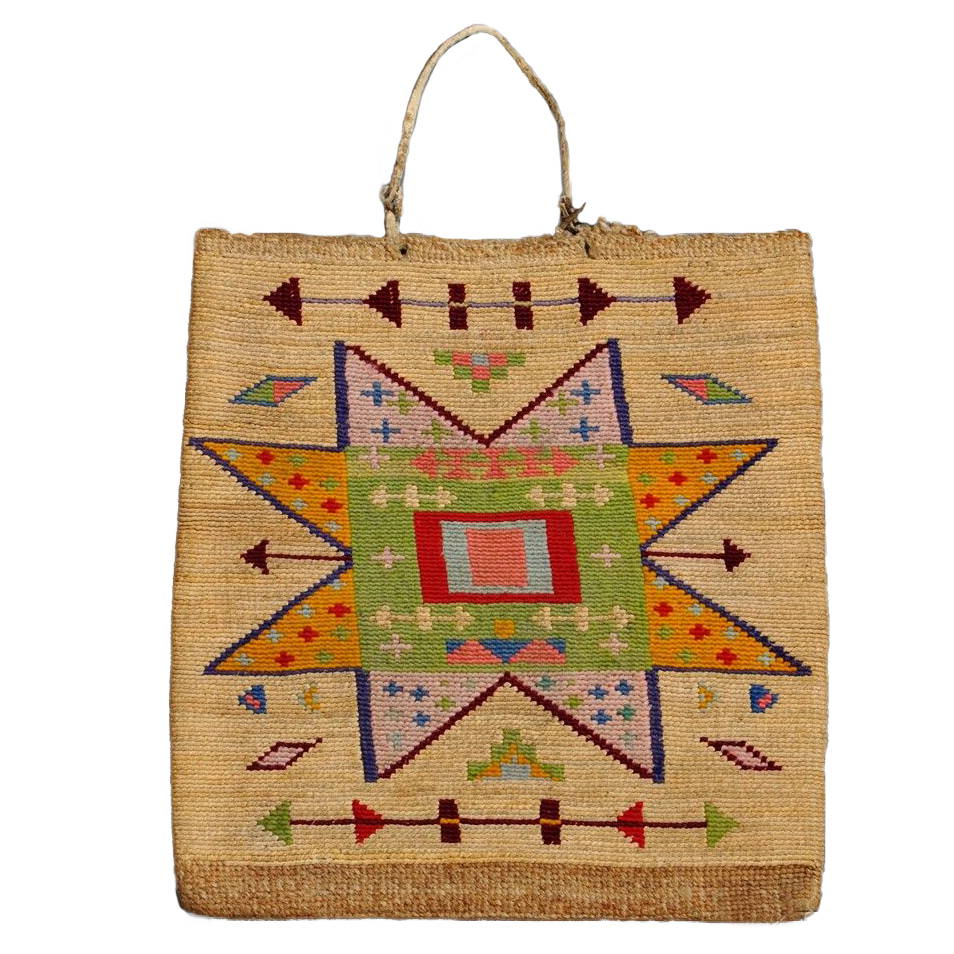 “The Plateau underwent yet another significant change between 1890 and 1910, when the Arts and Crafts movement arose,” the NMCA article states. “Americans’ desire for handcrafted items led to an interest in the handwoven bags of American Indian artists. Weavers adapted traditional designs and forms to explore new avenues of artistic expression. Artists abandoned the use of natural dyes, using tradecloth and brightly colored yarn for accents.”

Plateau bags further evolved with the addition of intricate beadwork. 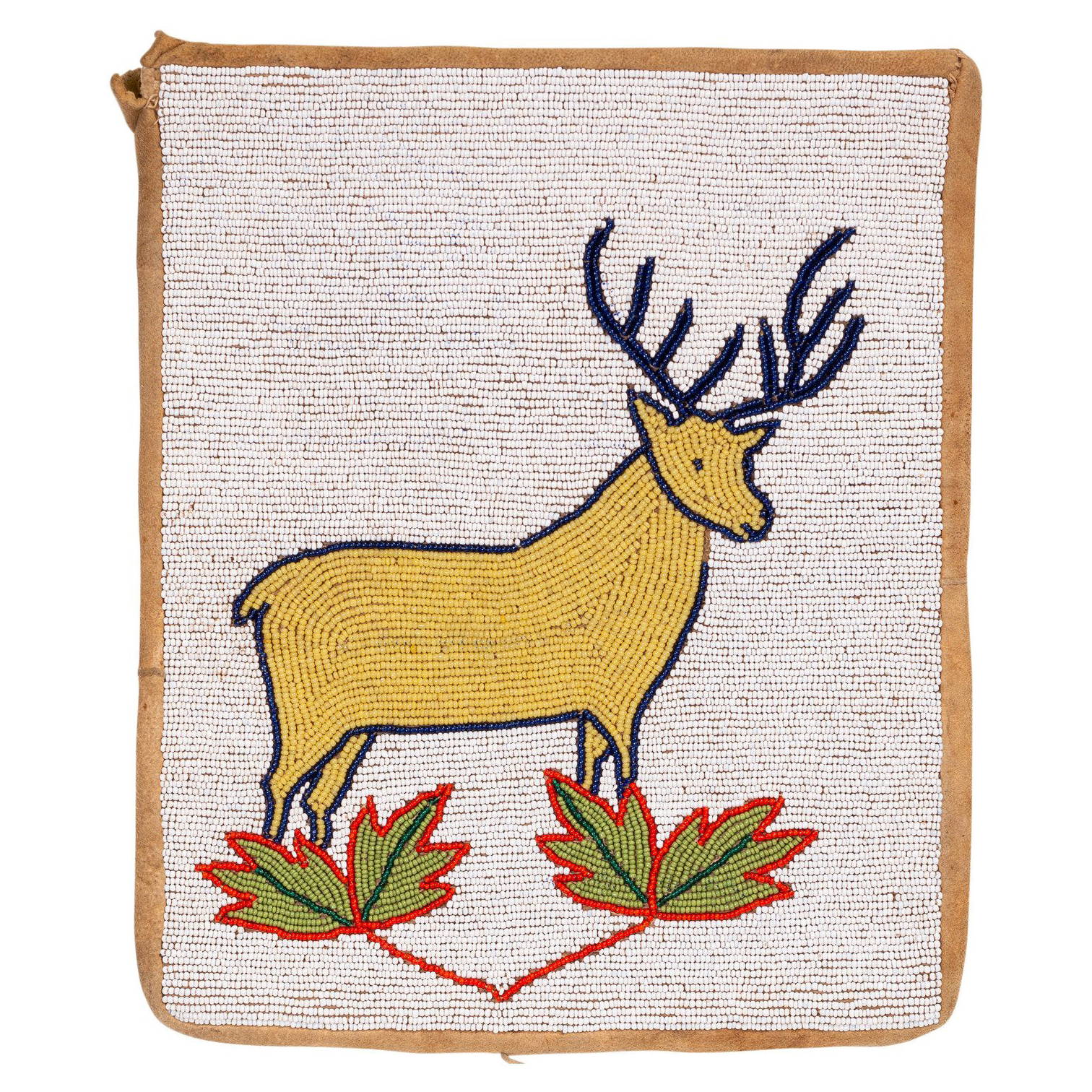 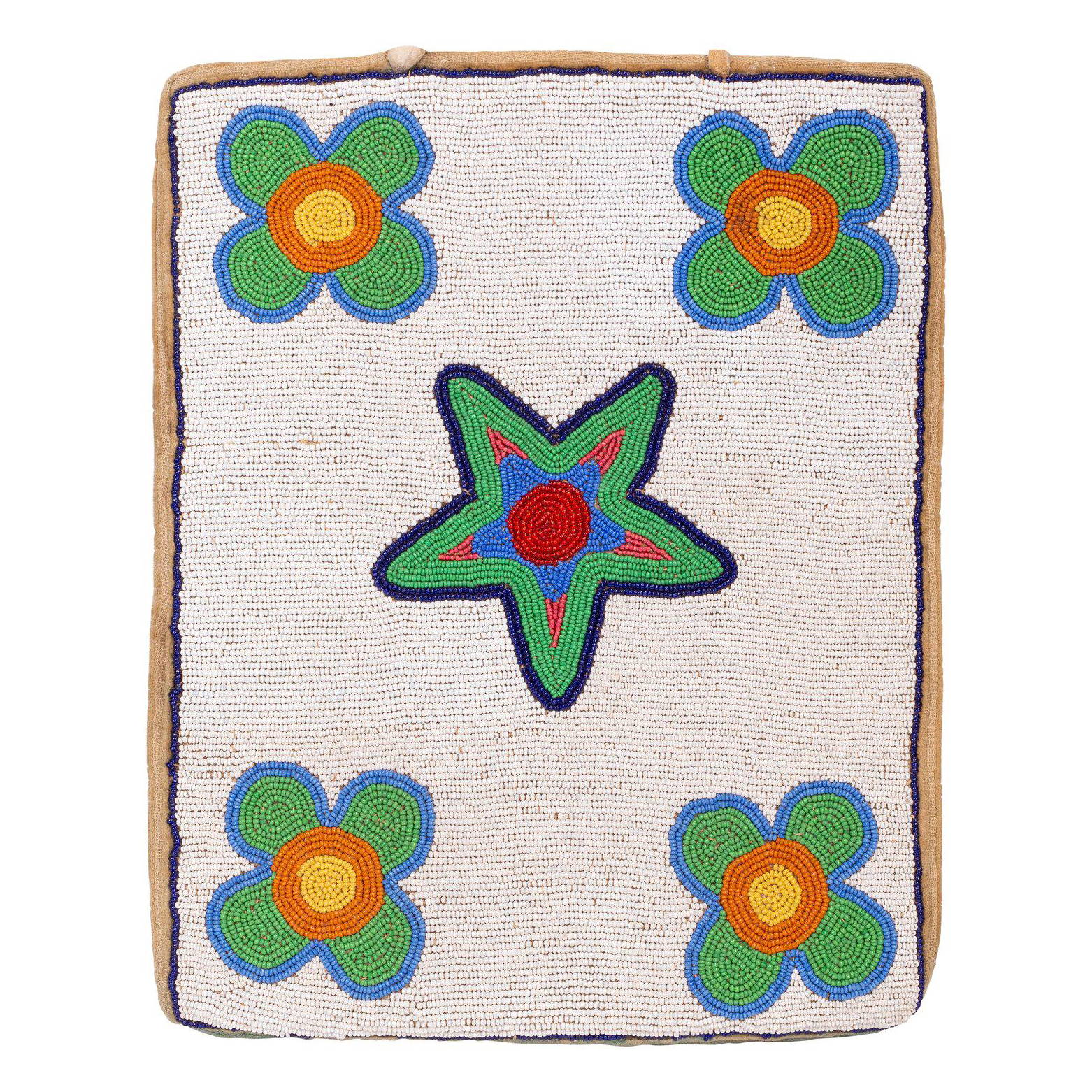 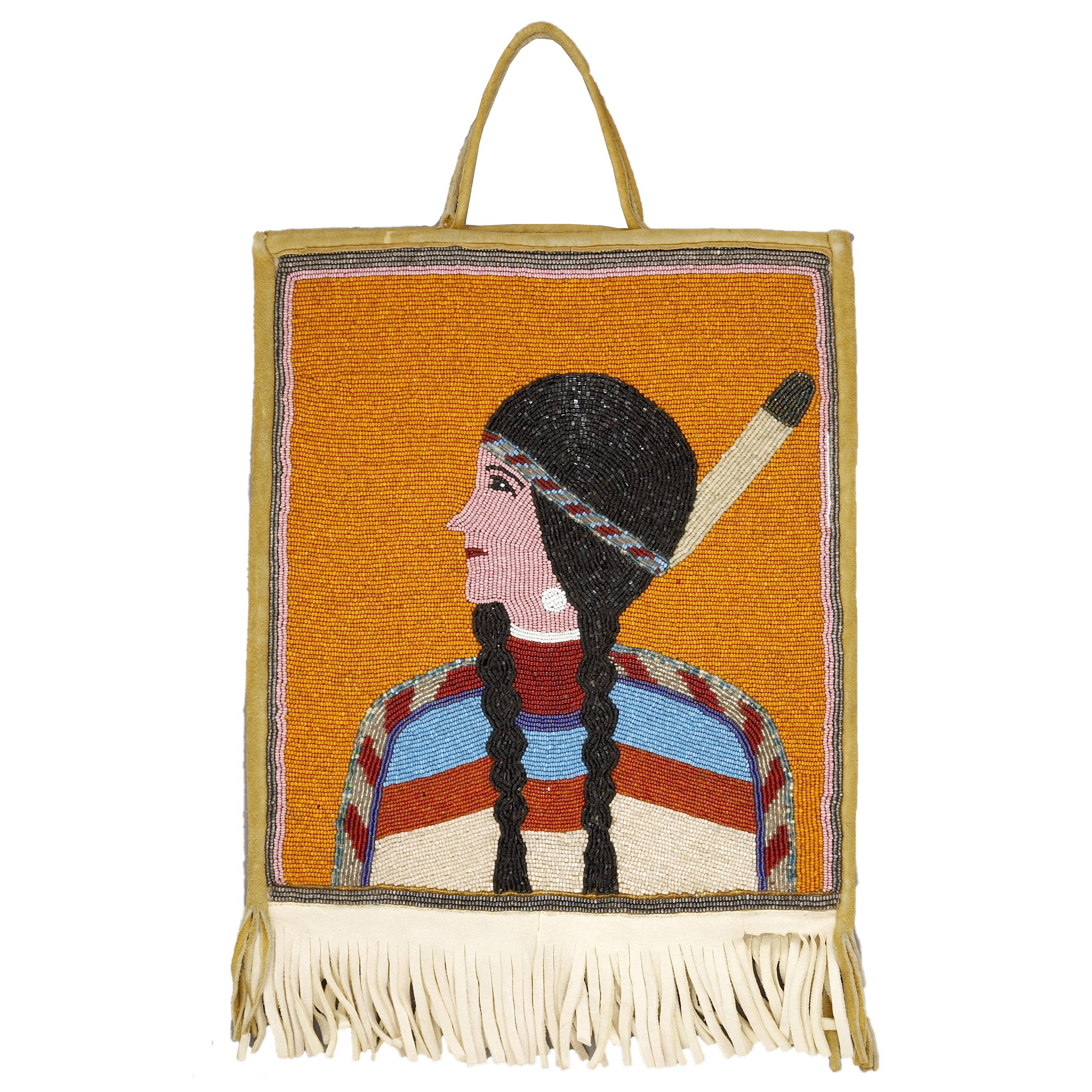 “This is when I fell in love with them,” Cheryl said. “It’s no secret that I’m a very visual person, I am really drawn to the aesthetic; so when I discovered the plateau bags with these elaborate pictorials, that’s when I really developed a fascination with them. When I was concepting Cynthia, I wanted to include a plateau-style bag that commemorated the collection; unfortunately, with so many manufacturers being shut down due to COVID, we weren’t able to produce a line of them, so instead, I decided, ‘Ok, what if we make one really incredible, special, unique, one-of-a-kind collector bag? Like a work of art.’ And so that’s when I called the lovely and uber-talented Angela Swedberg and pitched my idea to her and asked her if that was something I could commission her to do. Fortunately, she agreed, and as she always does, she took a very vague vision with minimal direction and developed it into an absolutely stunning work of art. The Madonna of the Plains bagstill takes my breath away every time I look at it.” 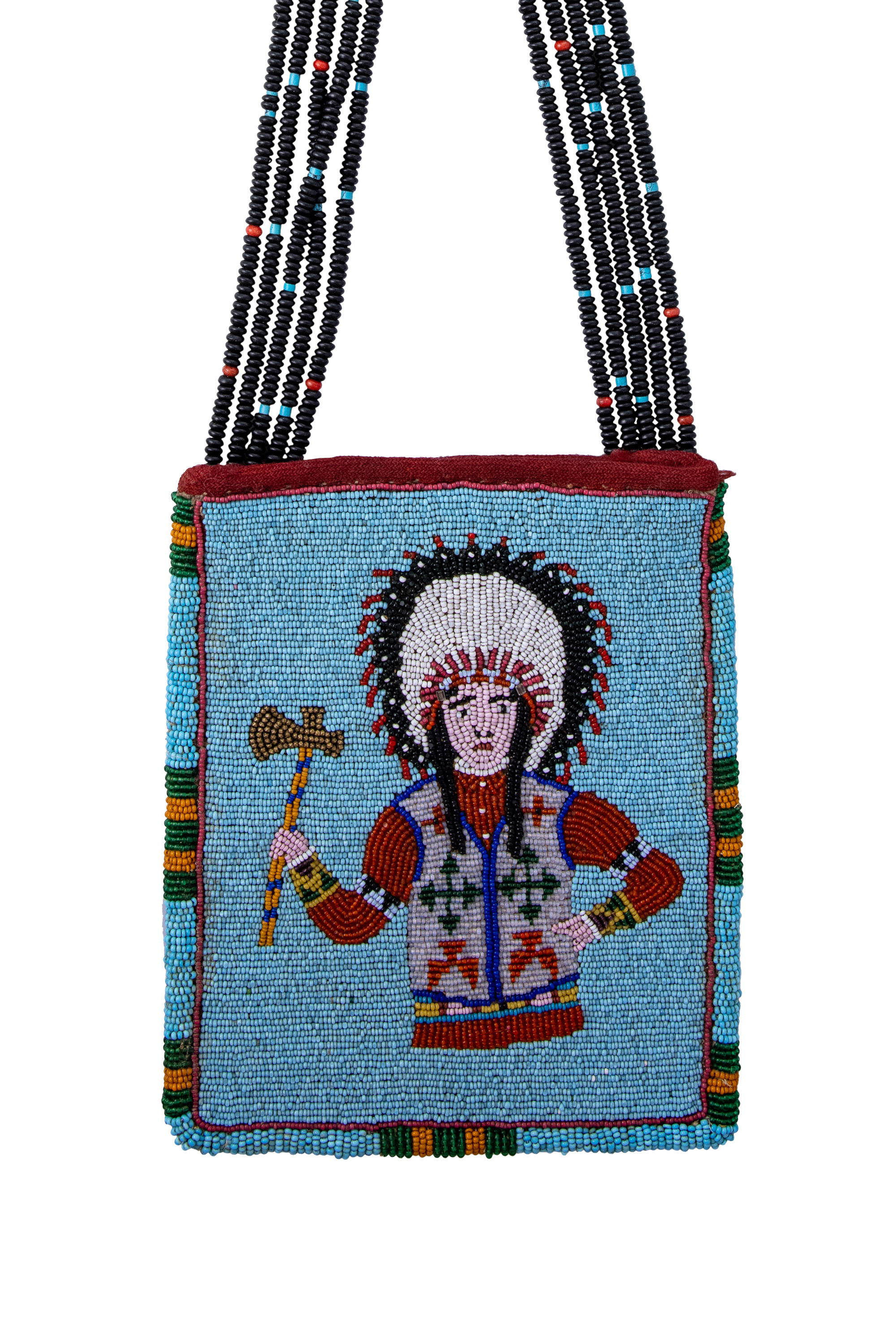 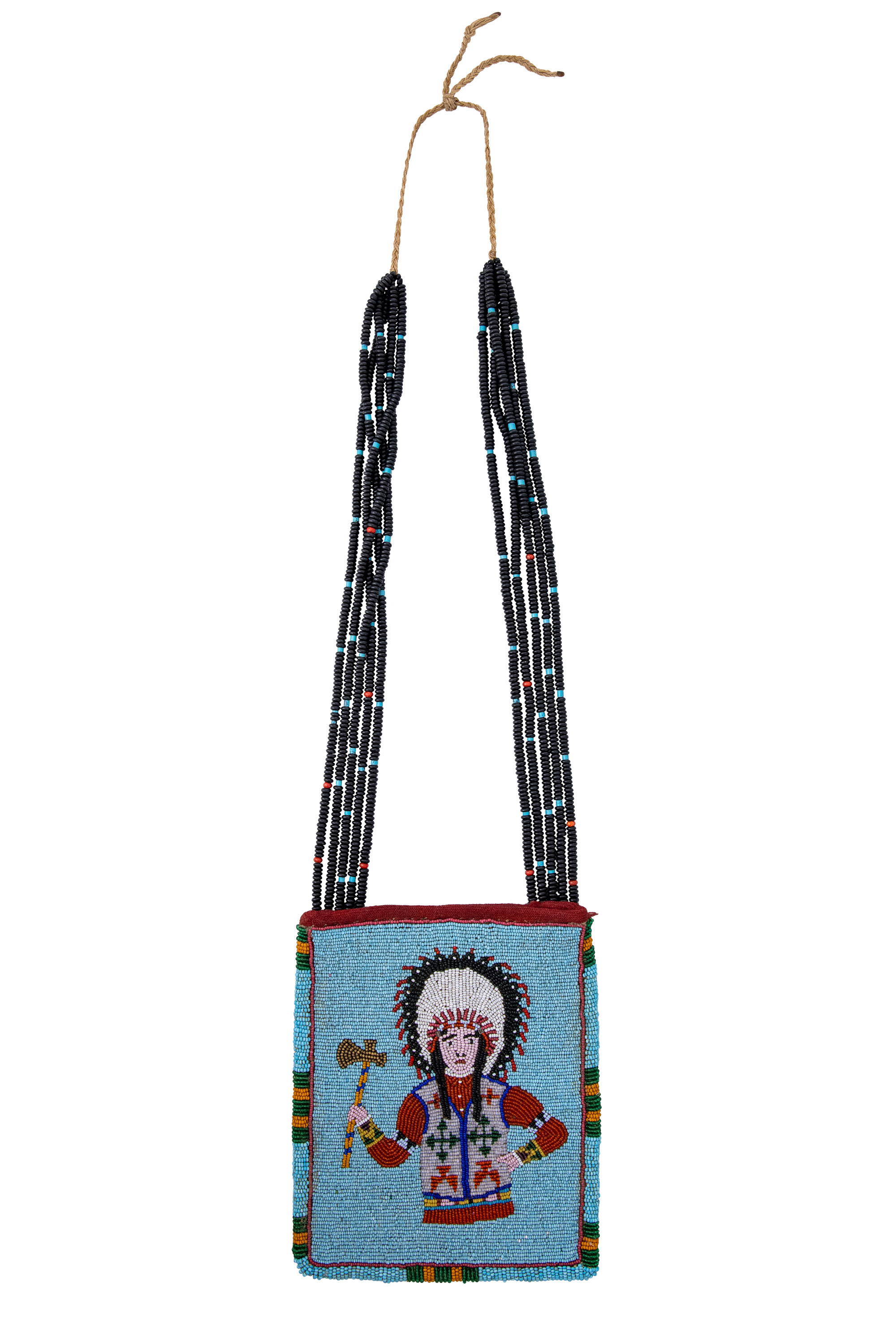 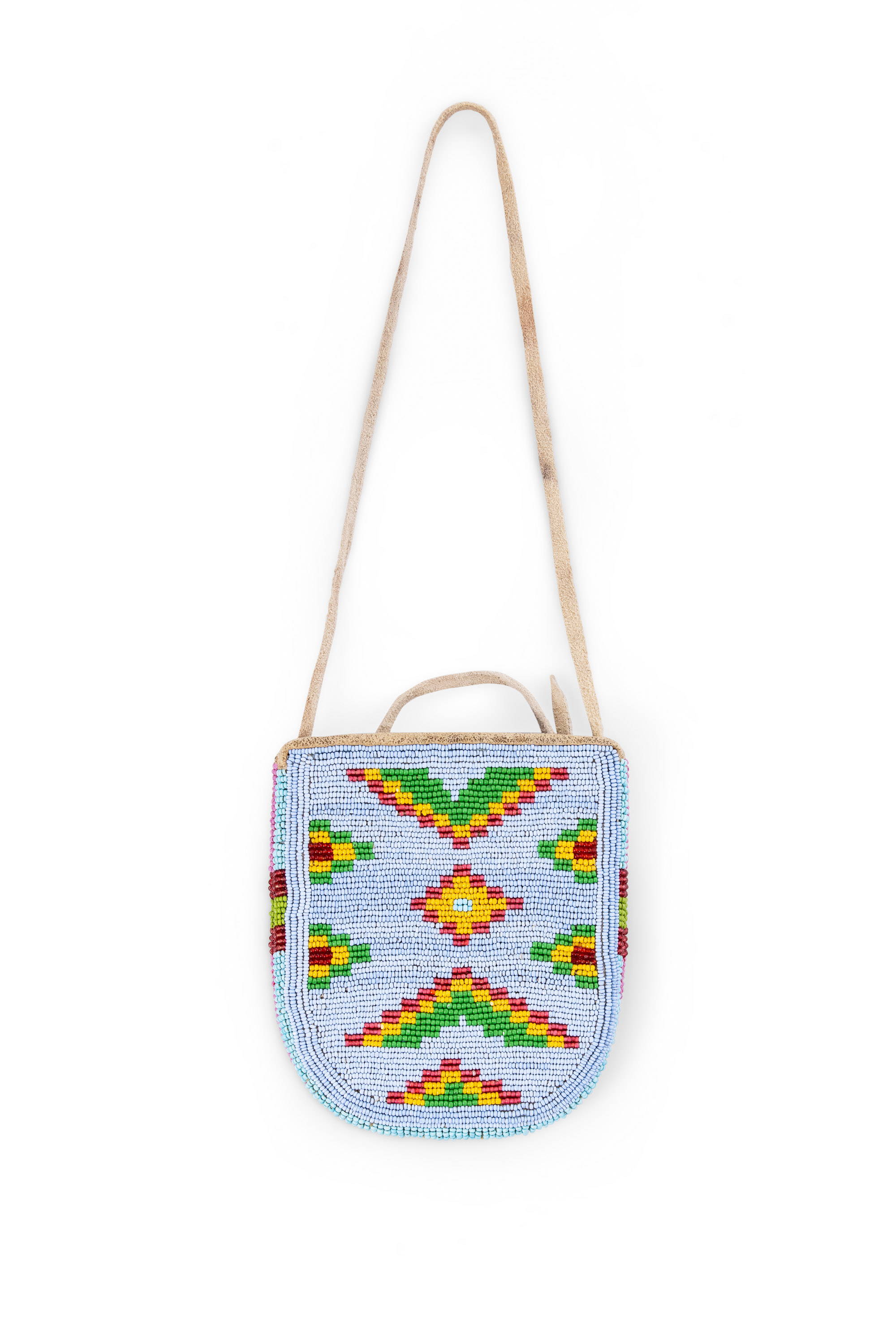 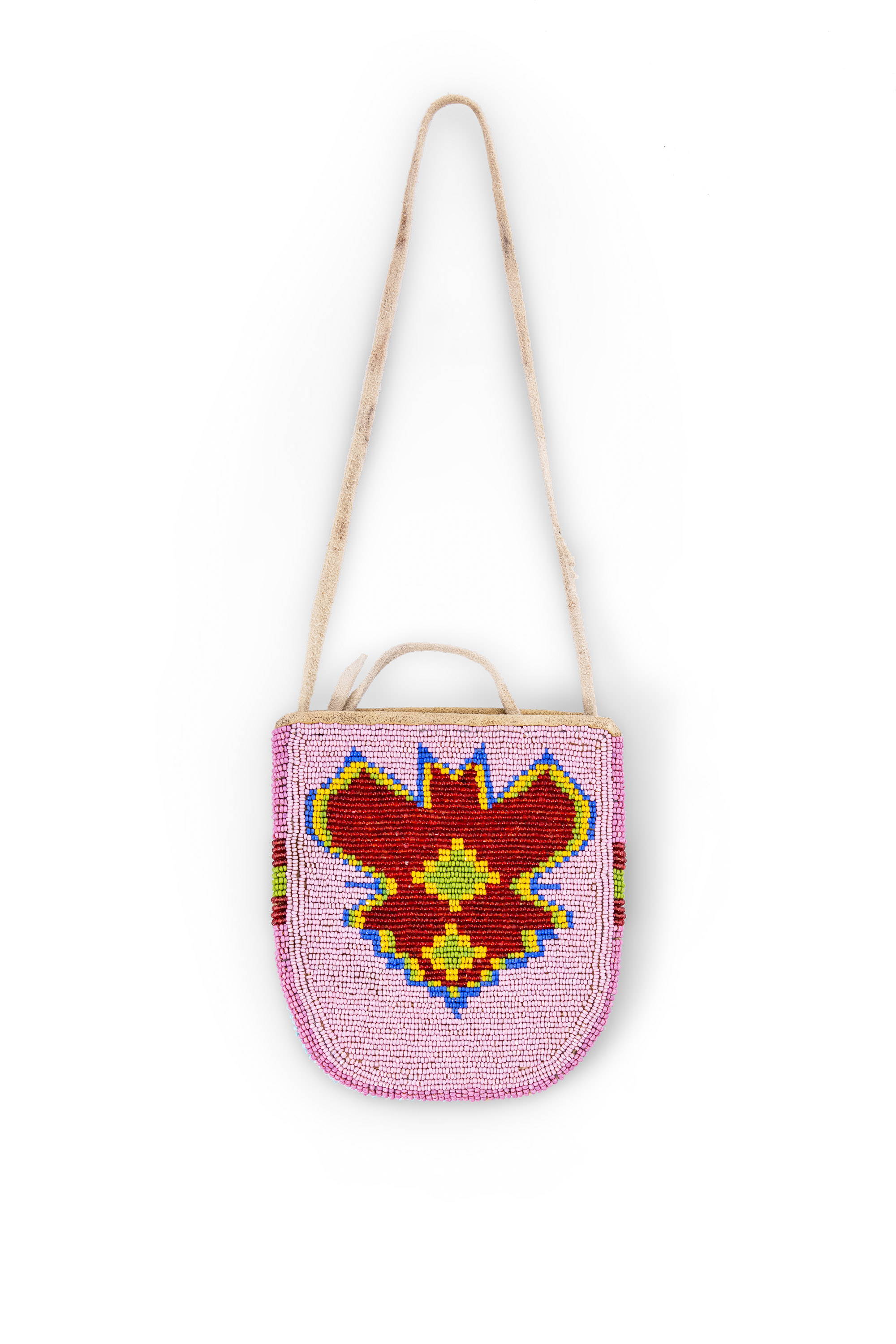 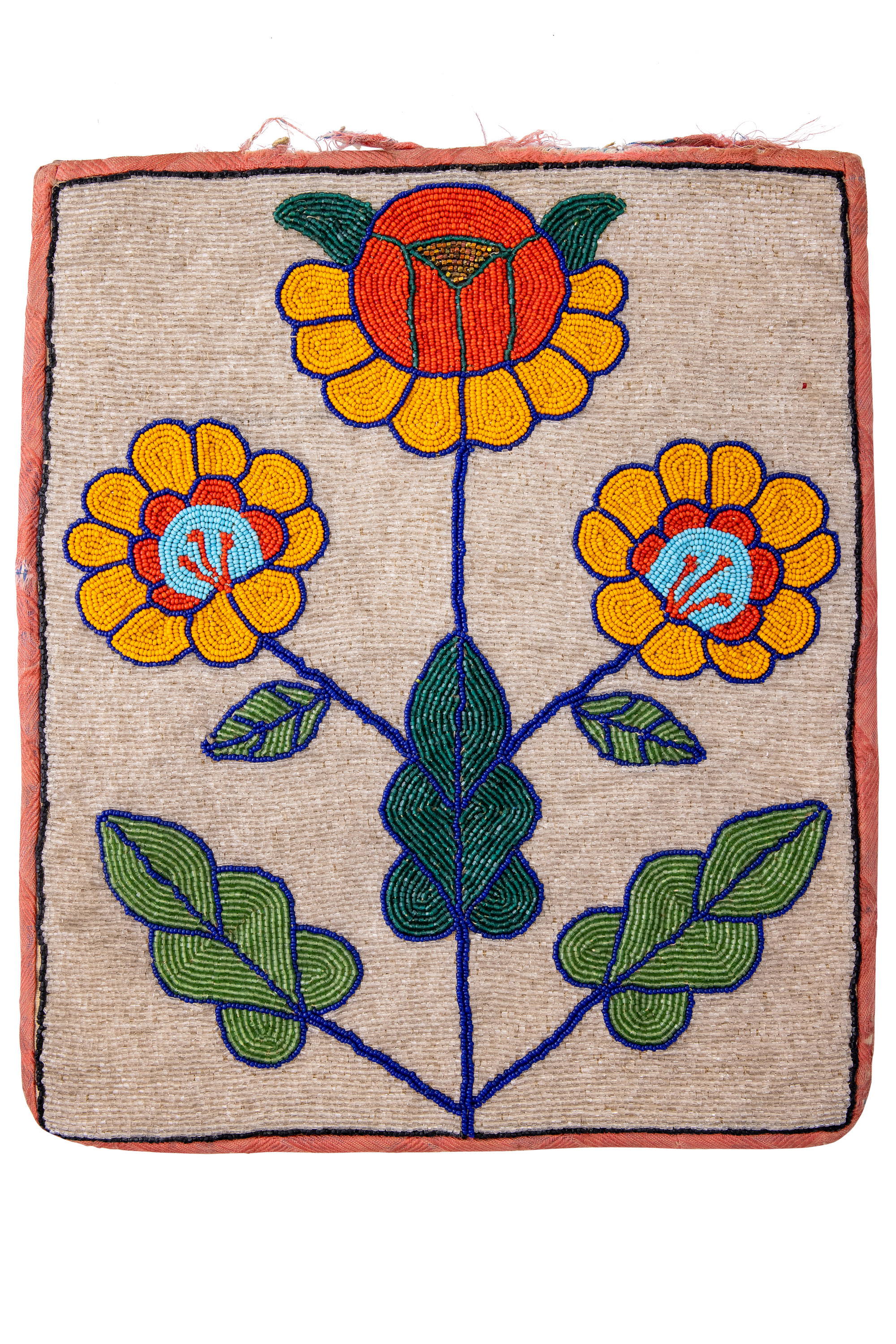 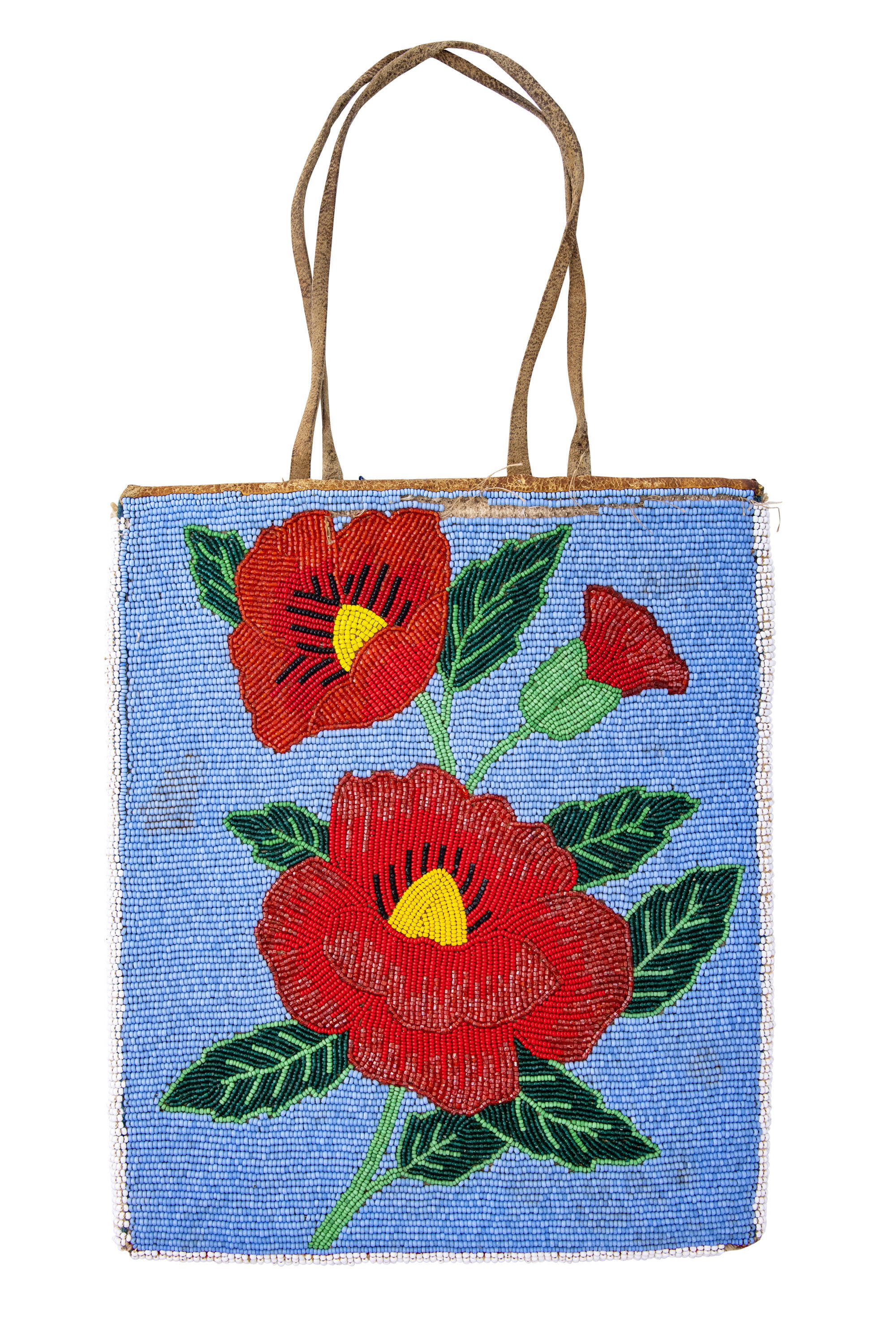