She’s a veteran. She’s an author. She’s a gunsmith. She’s a mother. She’s a clairvoyant.

Is there anything Rebecca Dickey can’t do?

She’s seen actual battle, in Iraq, in Afghanistan, and “all the ‘stans”... traversing 13 countries in a span of six months while serving in the Air Force. Almost by accident.

“[The team] thought they were getting a dude PA – a physician’s assistant – but instead they got a chick who was the other kind of PA, public affairs.”

That’s right, she was dropped into a joint team of specialized operatives – Army Rangers, Navy Seals, the works. Right after 9/11. And she handled it like a boss.

“These guys were so awesome to me, even though they were expecting a dude that was a jock, and they got a chick who was a writer. They became like brothers to me. They taught me how to shoot. It was funny to all of us that I was there. Fortunately, I was an athlete in college; it’s the only way I was able to keep up.” (Rebecca played collegiate soccer at Mississippi State University.) 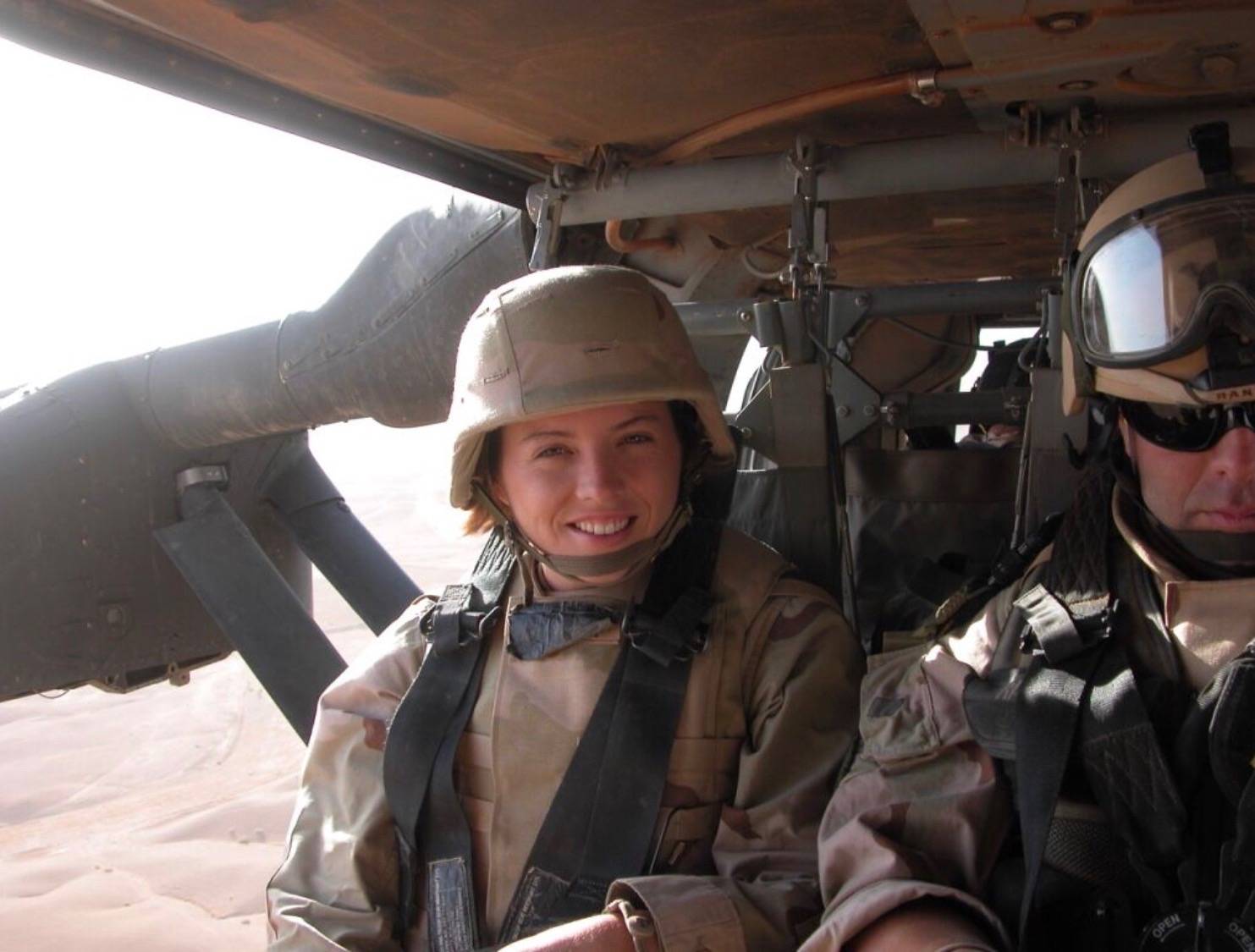 And she’s faced personal battles, a complicated birth resulted in her daughter having cerebral palsy, and during her service she suffered what was first diagnosed as simply a burst eardrum, but later discovered to be a traumatic brain injury that required surgery and resulted in what she congenially calls “the two inch hole in [her] brain.” While you can admire her for her bravery and resilience, don’t you dare pity her — a year and a half out, she’s sharp as a tack, and funny to boot!

Not only has she lived the military life herself, she’s living the life of a military wife. (Hard to say which is tougher, honestly.) Her husband, Jeremy, is still active duty, and currently in his 10th (and final) deployment. Collectively, they have spent 5 years of their 13-year marriage apart due to his service of our country. 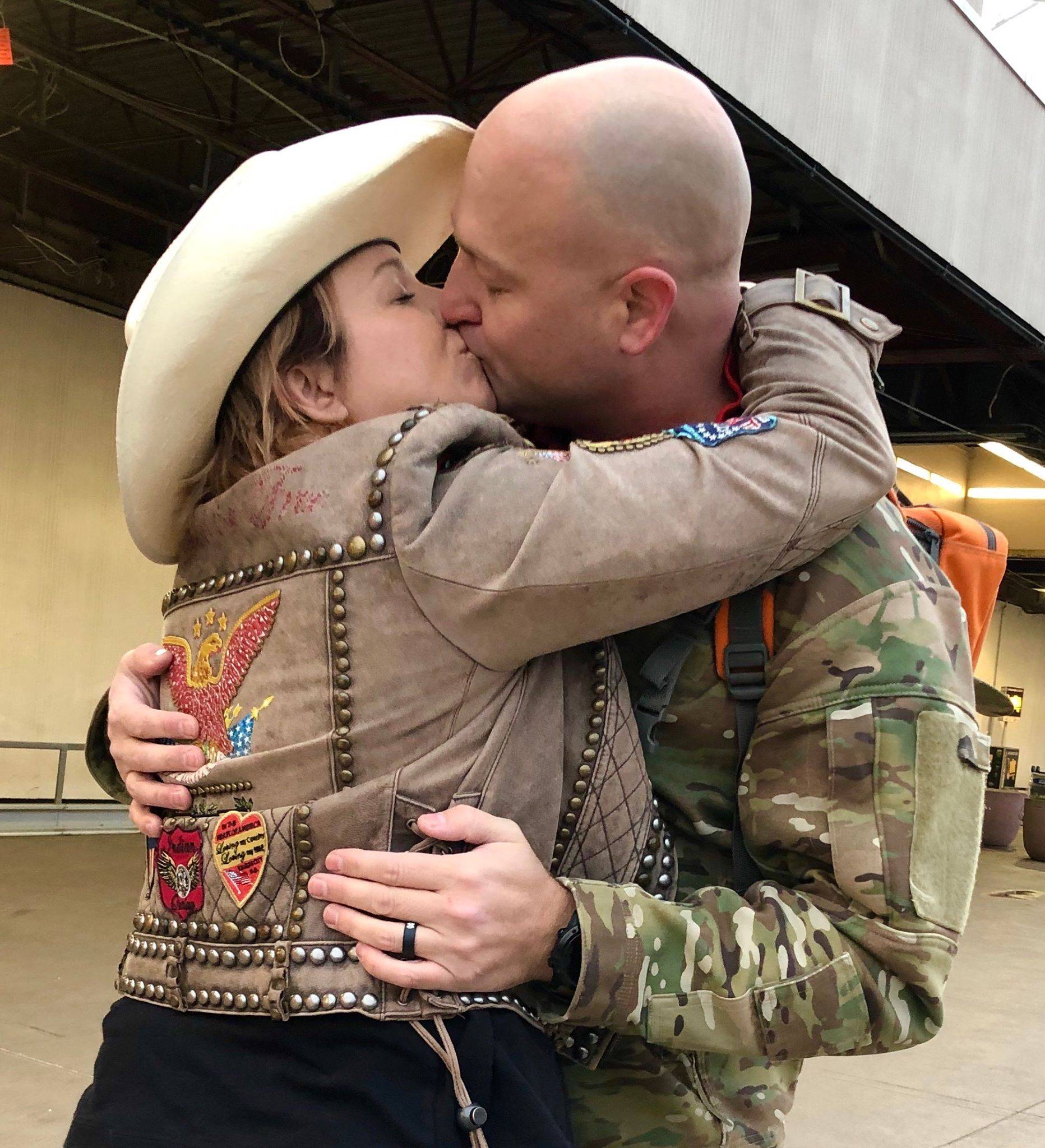 “He’s a search and rescue pilot in the Air Force, and that's a small group. They're always gone, then they're home for the same amount of time, and then they're gone again. But Jeremy just has a gift for it.”

Jeremy was even deployed for the birth of their second child, though Rebecca jokes that it was intentional.

“I think he missed our son’s birth on purpose because I punched him in the face during our daughter’s.” 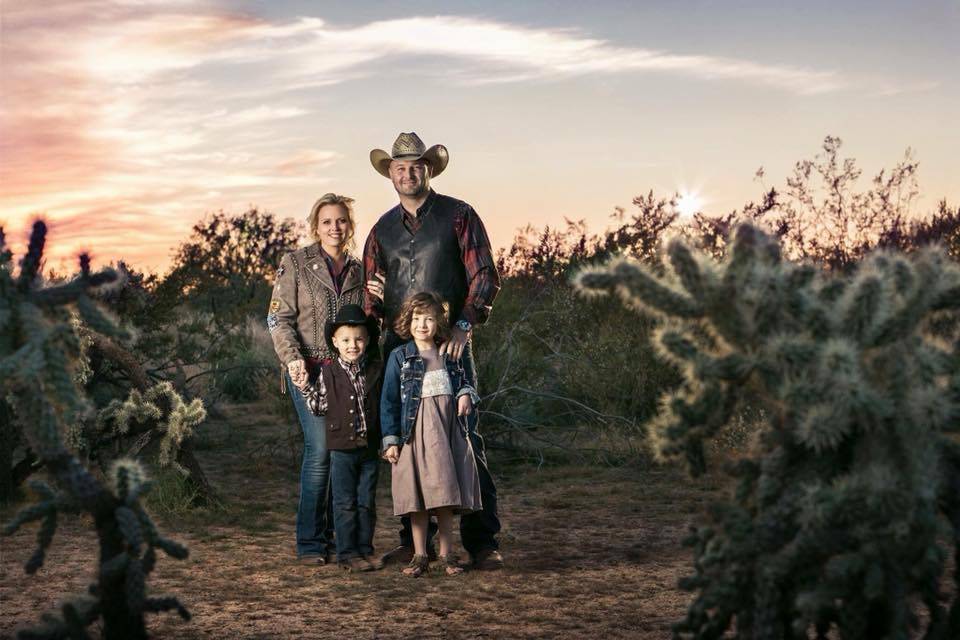 Not only does Rebecca endure the long absences, she makes the sacrifices of a military wife in moving all over the country, and even committed to living in an RV for a couple years with two young children.

It’s actually the subject of her first book, “The Crowded Camper Goes to Little Rock”. (She is adamant that this piece not be promotional of her book in any way, but if you’re an Amazon Prime member with a Kindle you can download it for free.)

How does this relate to DDR you ask? Well, not only is she a member of the Wolfpack, but she also has a very touching and inspiring tie to us. 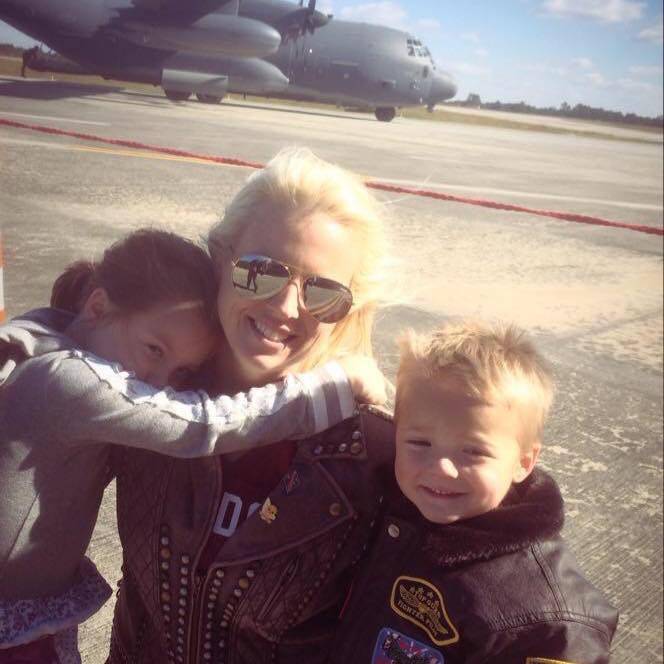 Fresh out of the Air Force (having turned down an offer in Public Affairs to marry the love of her life), she returned to what she knew: public relations in the private sector. She encountered a woman whose jacket she admired, inquired about it, and was introduced to Double D Ranch. With the very first paycheck she earned from her newly-founded PR company, Wing Walker Public Relations, she bought herself the Land of the Free Jacket.

It became her new battle gear. Not only was it symbolic of her “made it” moment, it became her staple of strength.

“I have worn it in so many meaningful moments in my life. It made me feel strong, when I needed a little extra.” 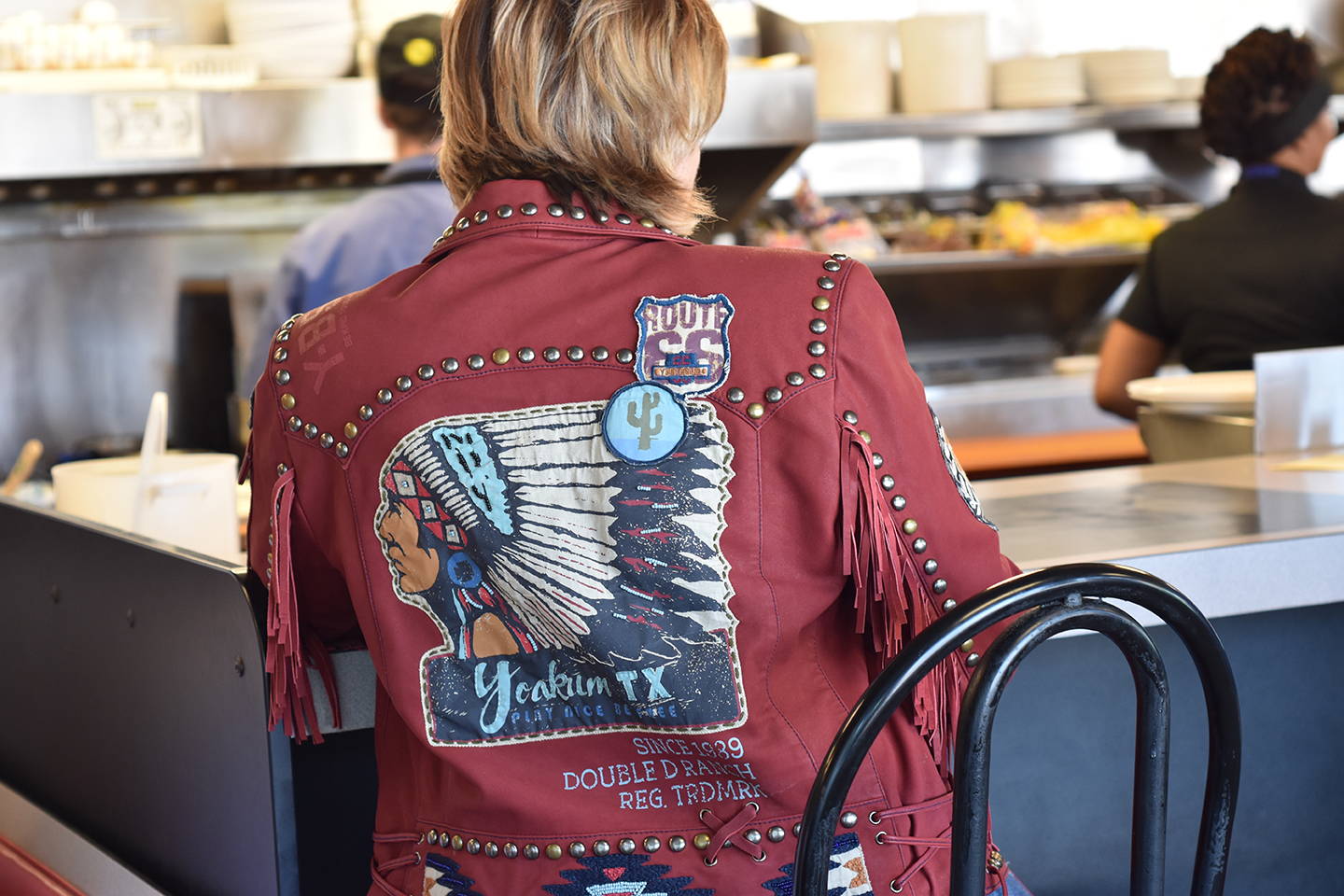 And it has traveled the country with her.

“The space in a camper is so tiny, but I took my Land of the Free Jacket everywhere. It was my staple. When I was in recovery, I put it on. Every time I had an appointment, I wore it. It has been my rock.Everyone needs to have an item that Cheryl has designed that truly is their soul on the outside.” 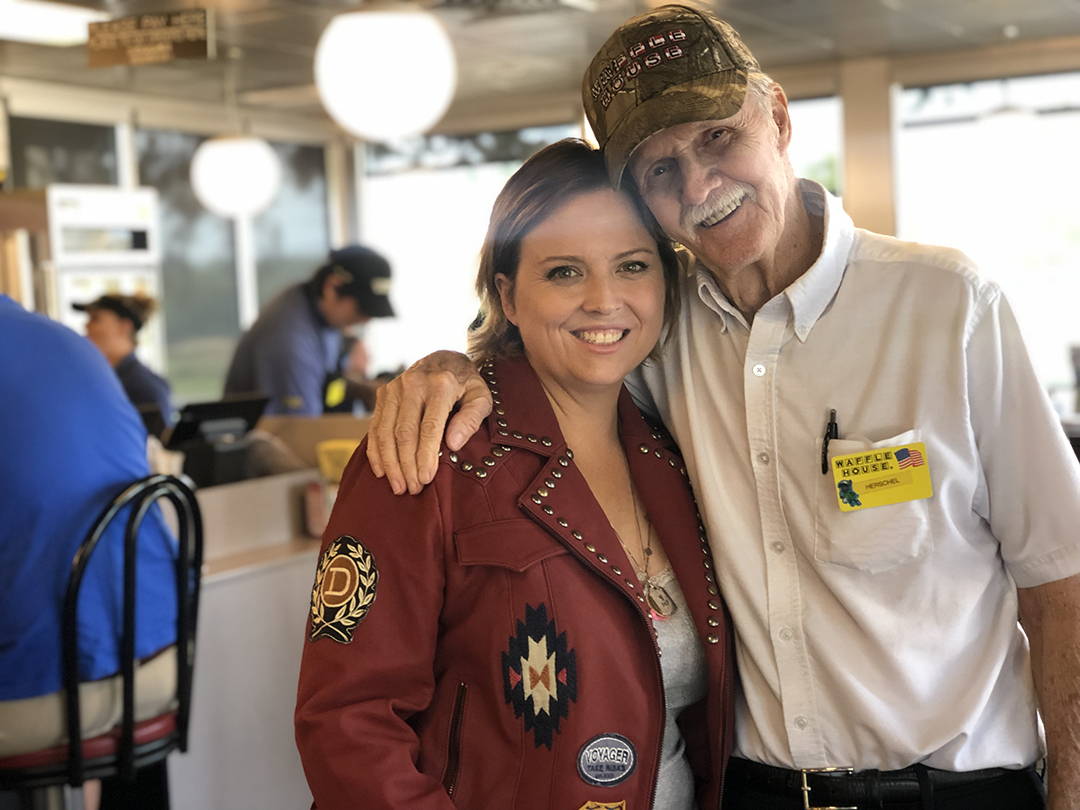 Speaking of souls, Rebecca also has a very unique gift: she is a clairvoyant. (Skeptics: you can either check that at the door or skip a couple paragraphs.) Perhaps it’s that she lives on a Native American burial ground, where a Cherokee chief and his wife are both buried, or perhaps it’s a result of her near-death experiences, but sheis connected. It’s not something she seeks out or tries to capitalize on; in fact, it often happens to her at inopportune times — sometimes you just want to order a sandwich without being a conduit to the guy behind the counter — but she is very conscientious about what she shares. As a strong Christian believer, she prays about every message she receives and only passes on the ones she feels a sense of peace about.

Mostly they’re well received, full of details and imagery that only the message-sender would know, but she knows not everyone is open to that sort of thing, and always prefaces with “I think I have a message for you, but it could be the two-inch hole in my brain... it’s okay if you think I’m crazy.” 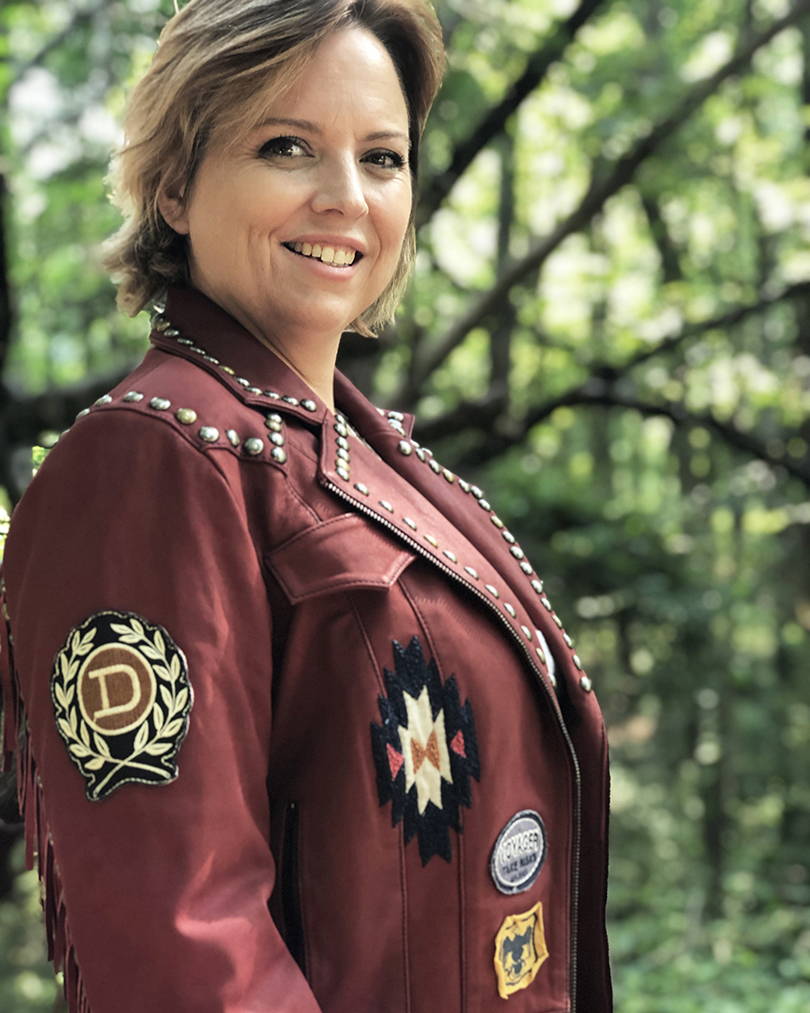 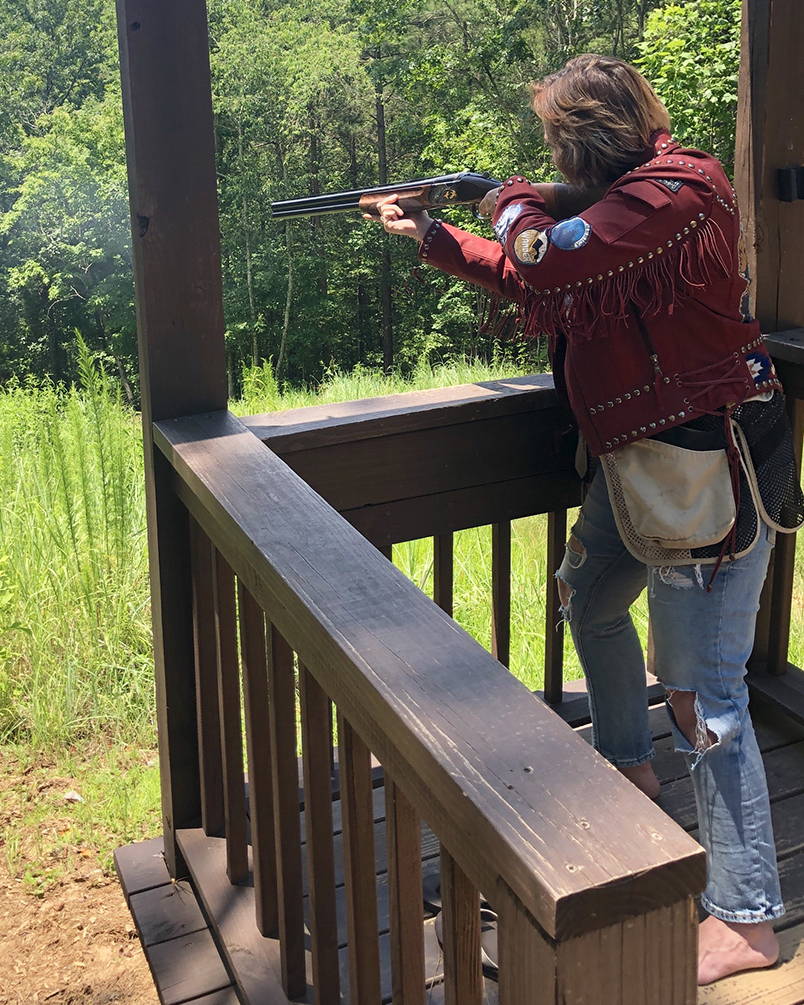 Believe it or not, there is so much more to this fascinating woman that we don’t even have time to get into – the fact that she was a child model, that she has a Master’s degree in gunsmithing, and that her wedding dress was made of bombed curtains from Baghdad – but above all, this week, we want to acknowledge and thank her and her husband for their sacrifice and service to this great country.

How fascinating, Rebecca Rene! Thank you for your service and for sharing w/all of us!❤️
Bless you.

Wow! This woman sure is a gem!

God bless you, Rebecca Renee, and continued prayers for you and your beautiful family. My family and I salute you and thank you for your service to this wonderful country!

Wow…just wow! I’m proud to be a member of the Wolfpack and to have Rebecca as a member is a plus!!! (It has nothing to do with the fact that we have the same first name).

Becky, congratulations! This is s great article about you and some of your experiences. I am so proud of you and all of the things you have with God’s help been able to overcome.
I will be so happy when Jeremy gets home and won’t have to deploy anymore and ya’ll can live your life together. Thank you and Jeremy for your service and your sacrifice.
Love ya’ll. Janice

What a beautiful article, all the best to her and her beautiful family.

Thank you for introducing us to the incredible Rebecca Renee! I’m so impressed and humbled by your service and strength. Thank you for your and your husband’s service. Don’t hide your candle!