Inside the mind of a creative is a wild place to be -- especially one that never stops, like Cheryl’s! – but it’s always fun to get little glimpses into what sparked an idea for a piece that eventually came to fruition in the collection. For the Life Outdoors Top, it was old school periodicals.

“Y’all remember all those Outdoor Life magazines,” Cheryl said. “That’s where the concept for this top originated. We kind of played around with that type of aesthetic. We just kind of reimagined what the different images and artwork in these magazines for that period would’ve looked like, and incorporated it into kind of a fun, almost a toile effect. We kept the color scheme pretty neutral, outdoorsy – it only comes in this one colorway – and we embroidered ‘Life Outdoors’ as a nod to the inspiration.” 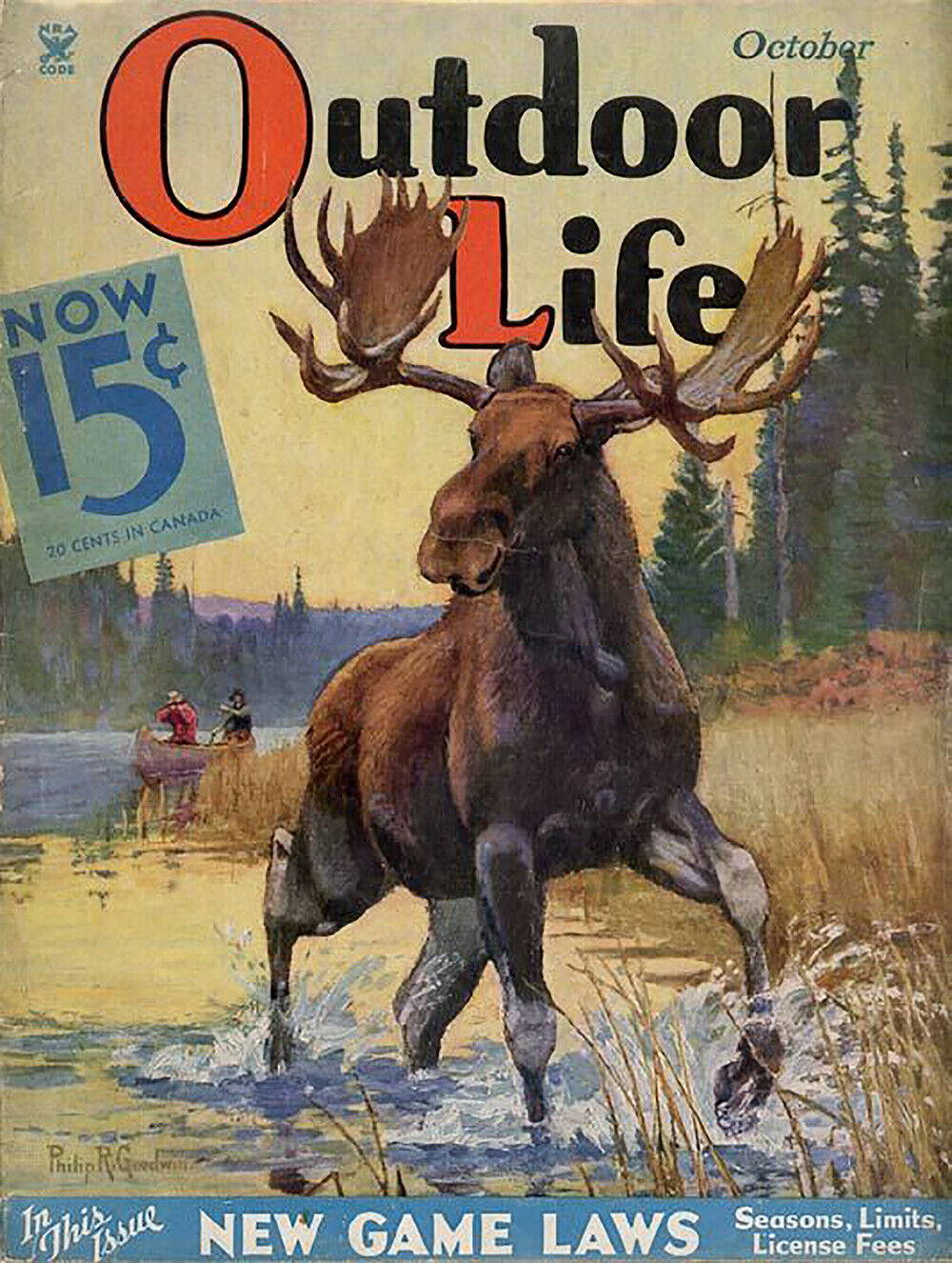 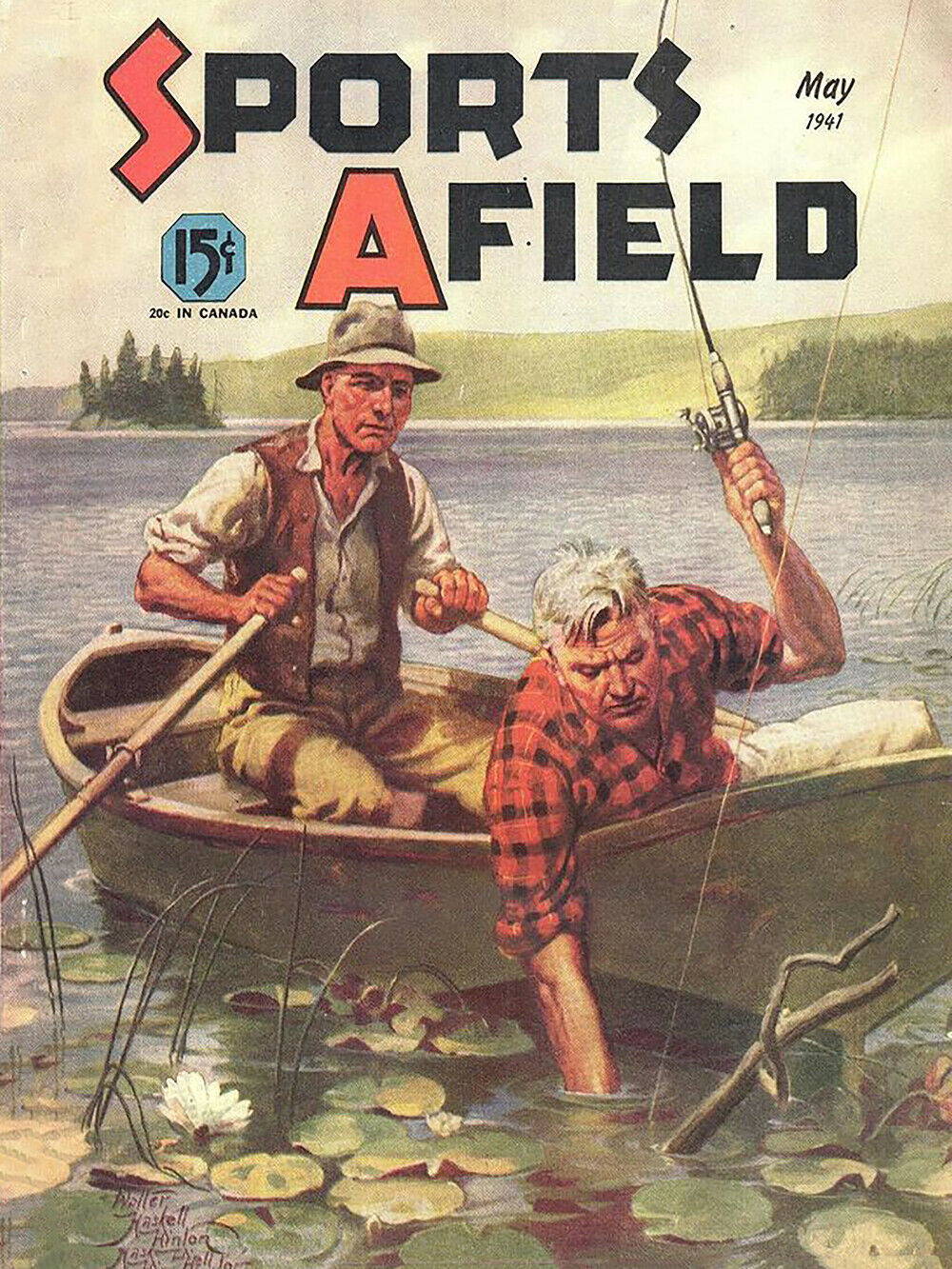 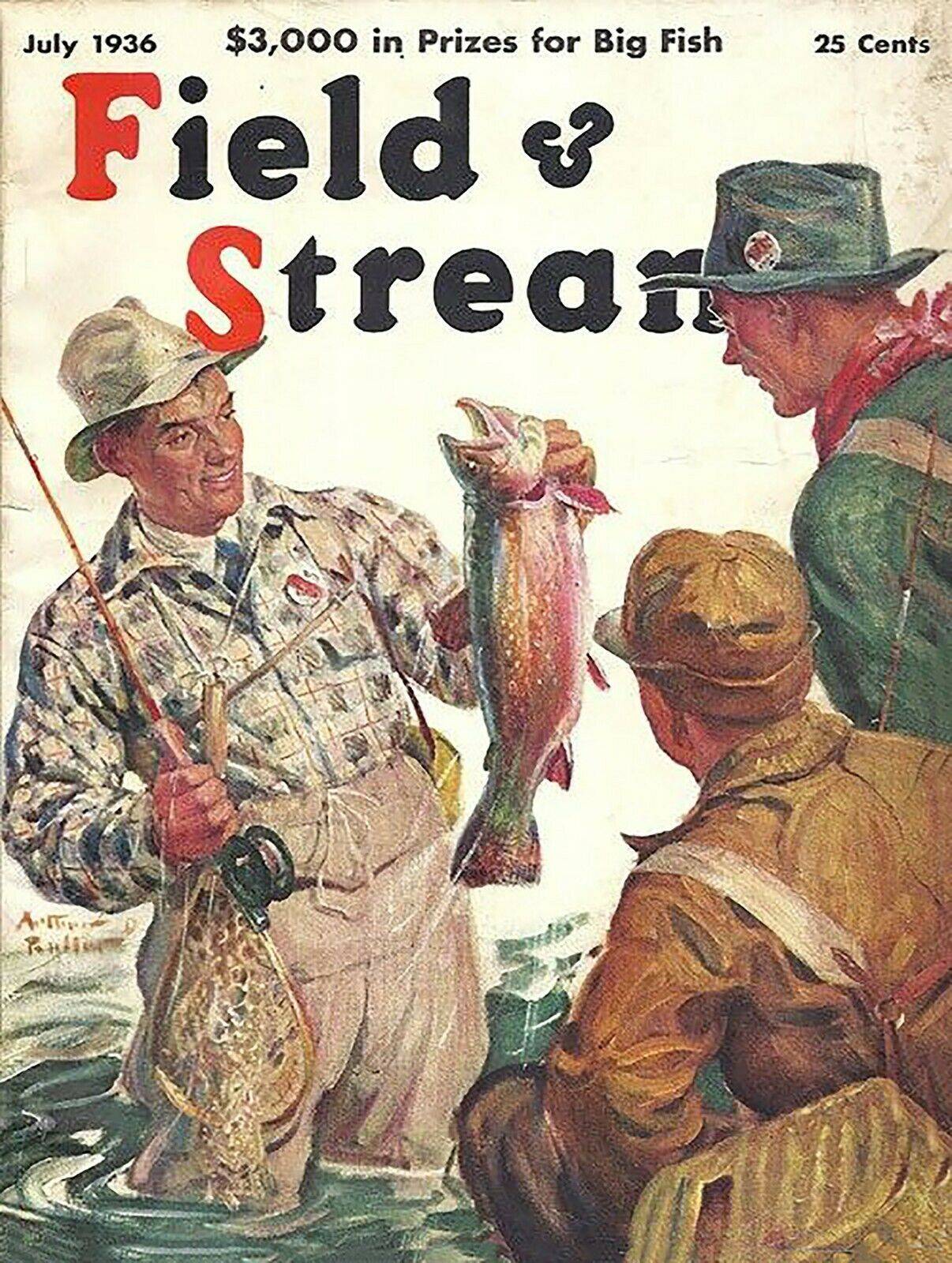 So, what is it about little ol’ magazine that could have such an impact that it ended up in the design inspo? Well, for starters, it’s not a little ol’ magazine (or at least, it didn’t used to be). Outdoor Life, along with its sister publications, Field & Stream and Sports Afield, is an iconic part of the American story – and one of the major voices that helped write it. The publication is more than a century old, launched in (the very fitting town of) Denver, Colorado in 1898, and it has had an impressive list of contributors over the years, including Amelia Earhart, Clark Gable, Babe Ruth, and former President Teddy Roosevelt – even Ernest Hemingway. Though it did reduce its publication schedule from 9 issues per year to only quarterly a few years ago, the publication held out an impressively long time in what is widely considered a dying industry. Unfortunately, Outdoor Life announced in June of this year that they would be ceasing print publication in favor of an entirely digital format – which makes the timing of the Life Outdoors Top an appropriate homage to an American icon. (And FUN FACT: It’s Hedy’s favorite.) 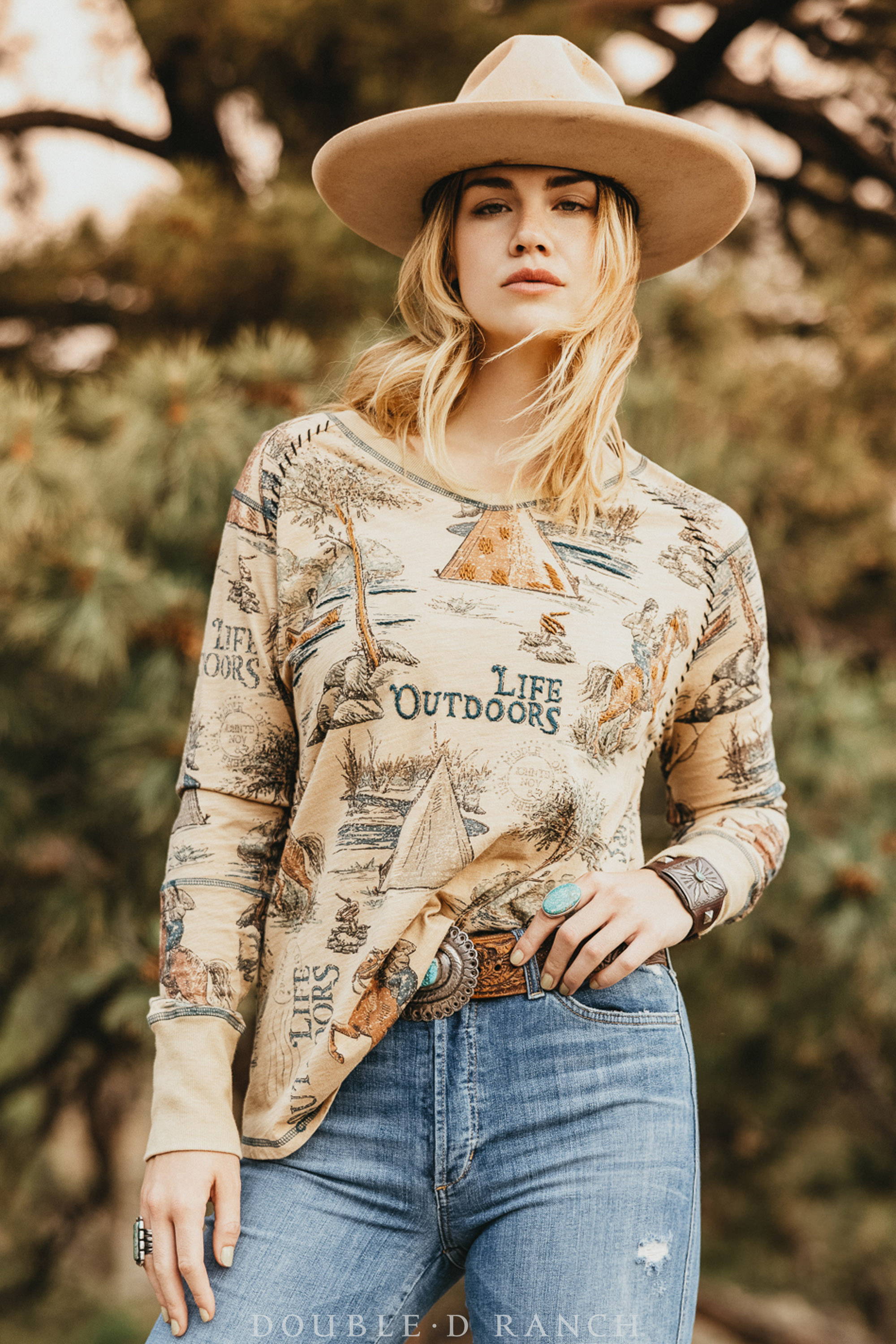 While the Life Outdoors Top was the signature salute to the publication, the aesthetic influence shows up a little more subtly in some of the other pieces in the Adirondacks collection, like the bold imagery on the front of the Sportsman Top and the back of the fan-favorite Lake George Sporting Lodge Jacket. 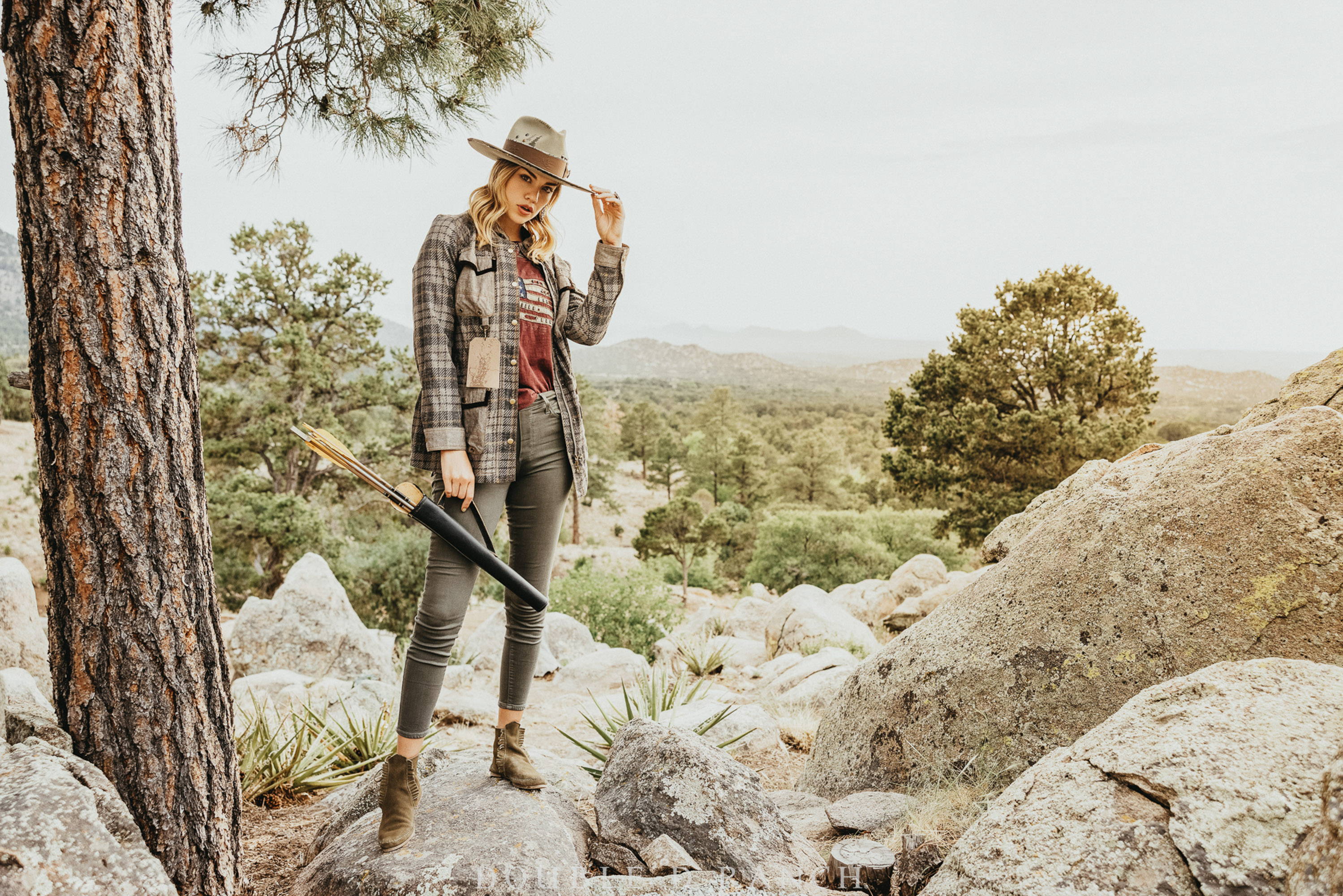 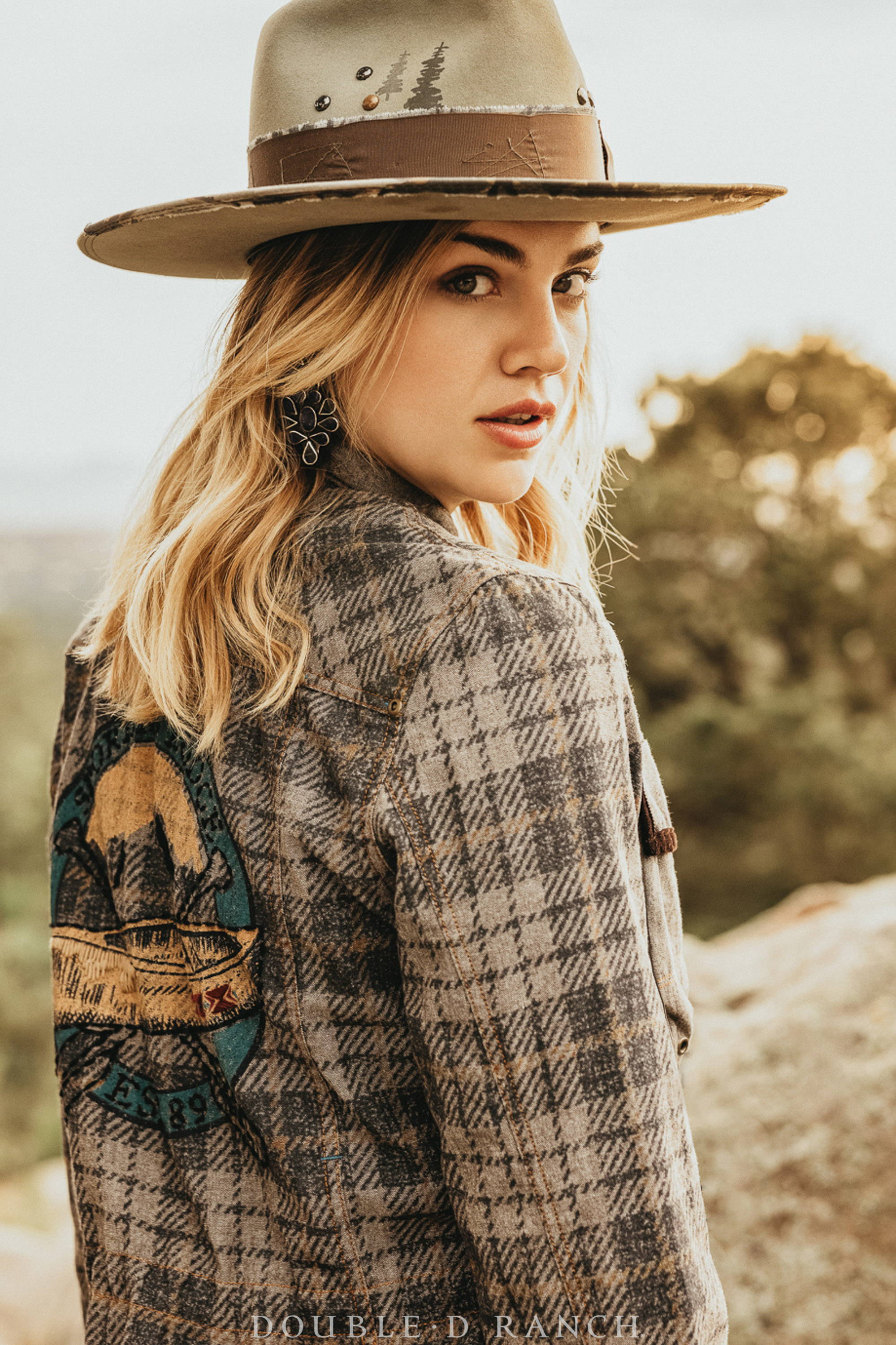 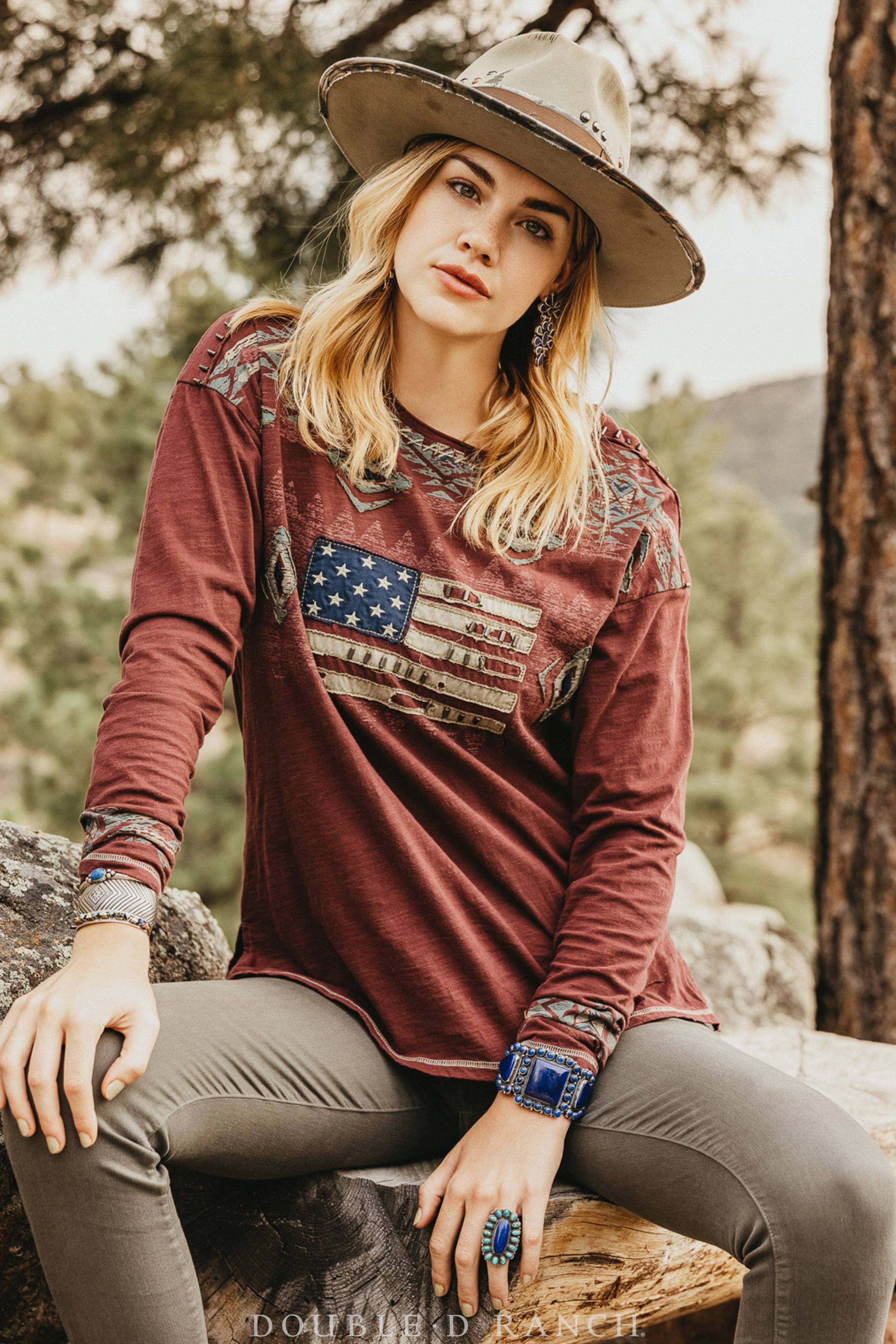