The Legend of Ledger Art

Ledger art derives its name from the obvious – that is, art that is often drawn or painted onto actual ledgers. But it wasn’t always. That medium came into play as the result of two coinciding factors: the intentional eradication of buffalo and the confinement of the Native American artists to either prisons or reservations.

When the Plains Indians had free reign over the land and buffalo were ample, their artwork was created on animal hides using natural pigments derived from things like minerals or berries. Women primarily painted abstract art, while men often painted more narrative style works, depicting battles or acclaimed hunting feats. 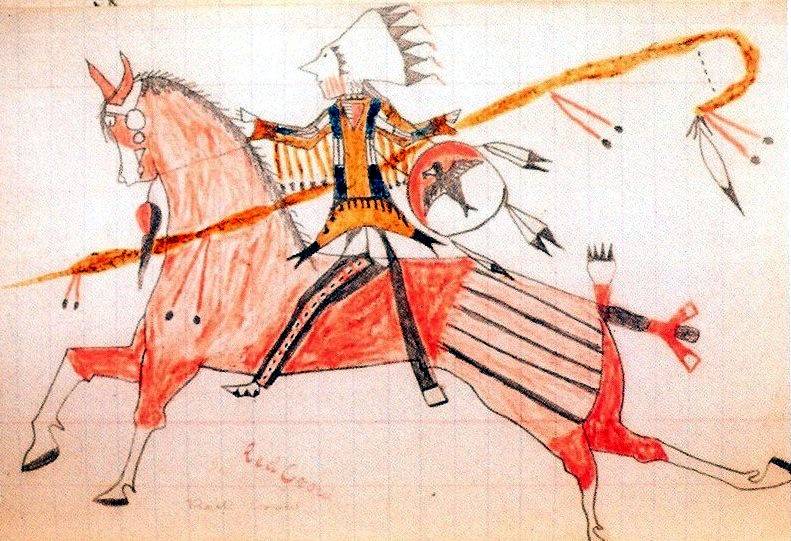 However, as buffalo became more scarce and the U.S. government became more imposing on indigenous tribes, the art transitioned to using manmade materials they had access to, such as pencils, watercolors, and ink, and creating on paper, of which ledger books were often the most readily available.

While the origin of ledger art dates back to the decades-spanning the 1860s to 1920s, there was a brief revival in the 1960s, and to this day, you can still find artists who do their own versions of replicating that style. Traditional ledger art generally has three style elements in common: the canvas is a logbook of some sort, like old mining certificates, stock certificates, or general ledger; the subject is in narrative action and is the focus, omitting background or contextual details; and figures tend to be drawn in hard outlines with solid fields of color. 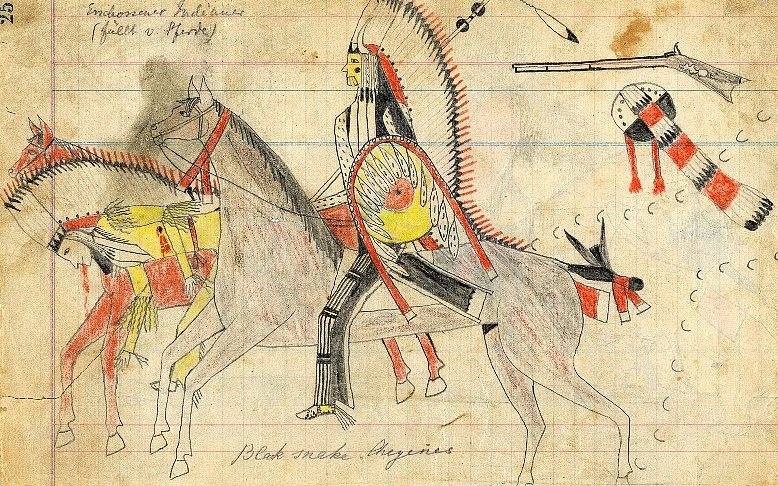 The drawing is from the Schild Ledger Book, comprising nearly 60 Plains Indian drawings by one or more artists.
Based on a variety of clues, the drawings are thought to have been created sometime between 1875 and 1895.
Image Source: TARL Archives. 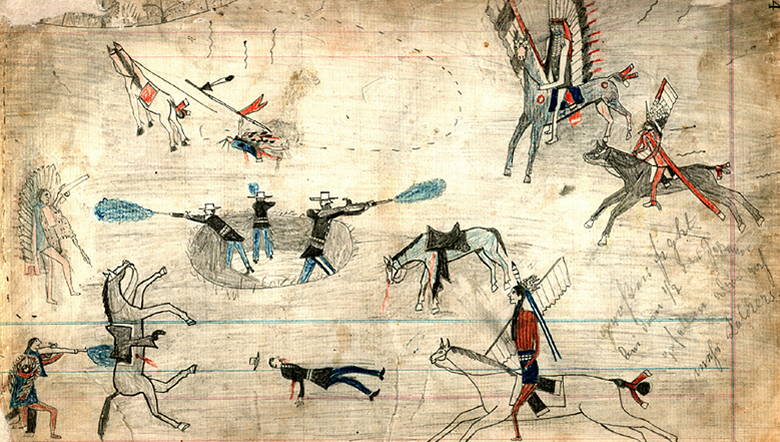 A Kiowa ledger drawing possibly depicting the Buffalo Wallow battle in 1874, a fight between
Southern Plains Indians and the U.S. Army during the Red River War. Image Source: Public Domain

We’ve long been drawn to the aesthetic. For more than two decades, we have worked alongside Native American artists to create various iterations of the unique style and include them in our collections over the years. We put a Double D spin on the technique for Matagorda in the Accounting Jacket and Tee, based on an old accounting ledger. 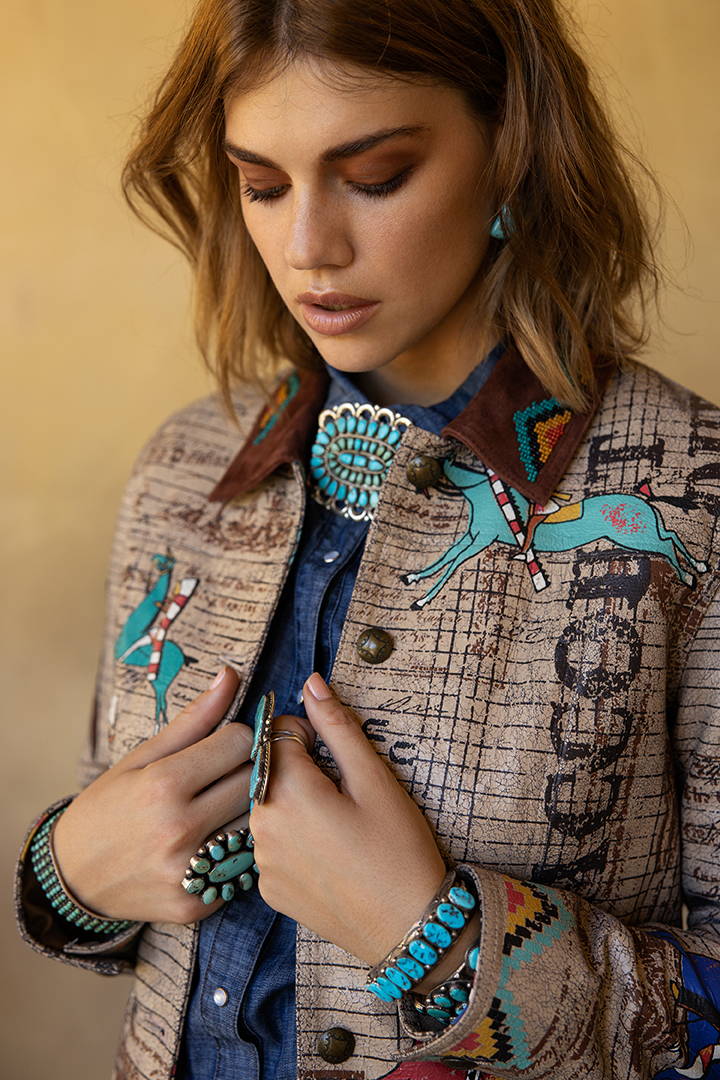 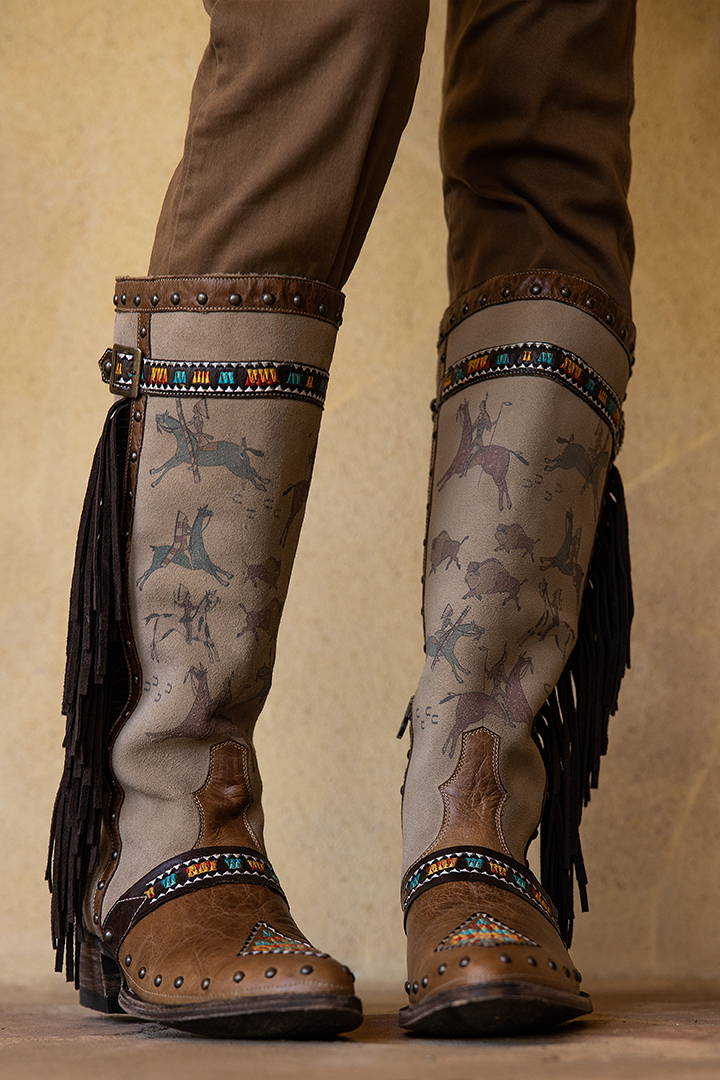 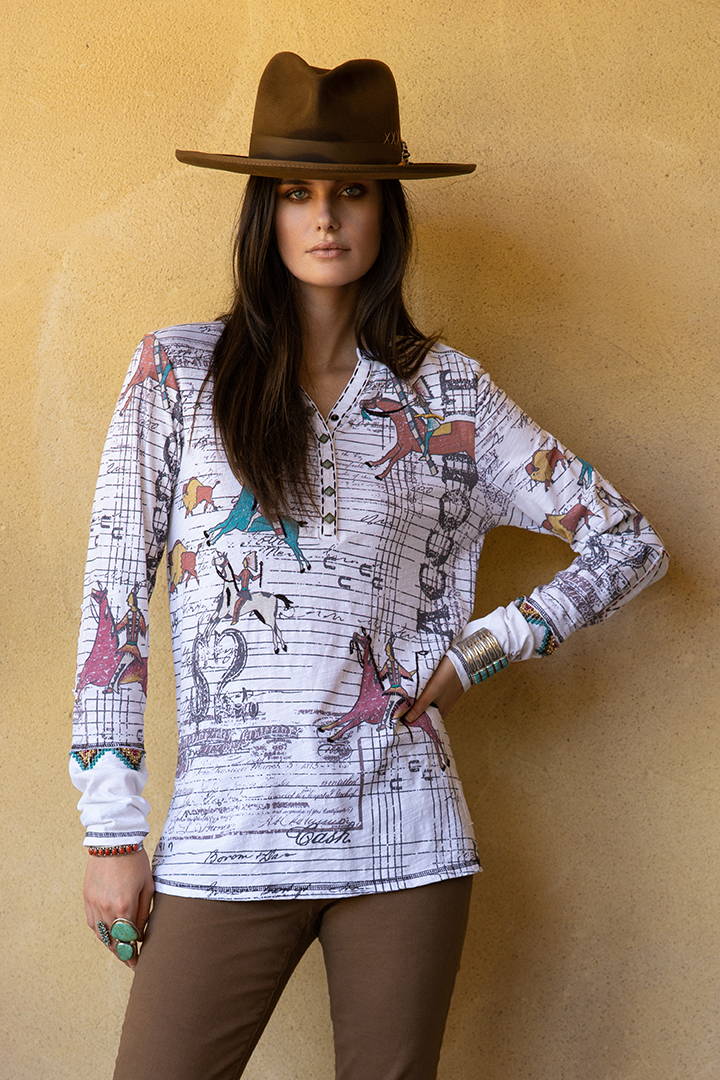 I was so inspired about learning about Ledger Art. I have a tattoo appointment next week inspired by the Matagorda scarf. A leopard print horse with the southwest florals!

Ledger art on apparel is the most unique and desirable new look that I love! Congratulations Double D Ranch!