This throwback style is really having a moment.

Originating in Canada, the knitting technique dates back to the mid 19th Century among the peoples of the Cowichan Valley. Like so many of the cherished articles and artifacts from that era and area, items that began as necessities for the creator’s family soon caught the eye of travelers and traders, and a demand emerged that resulted in the evolution of the artisanship to accommodate the sought-after styles. 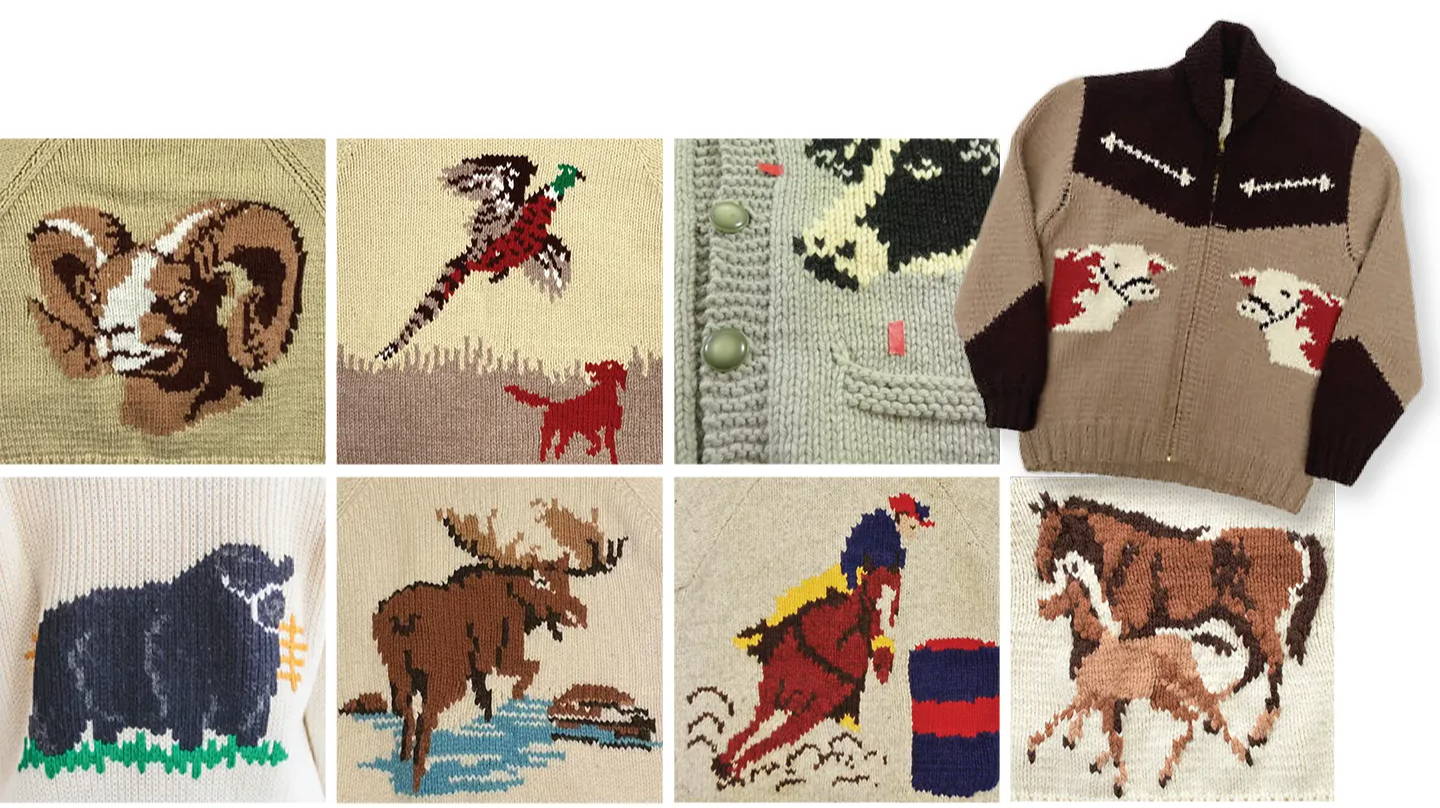 Weaving was always quintessential to the Coast Salish (a group of indigenous peoples in the region, including the Cowichan) woman’s way of life, as blankets were the utmost valued source of currency and could often take months or years to make. In the beginning, the wool was woven from mountain goat hair combined with hair from the now-extinct Salish wool dog. They gained favor with tourists for their quality of craftsmanship, and their warm, water-resistant nature resulted in a demand for sweaters crafted in the same style, the likes of which made their way into the wardrobes of Prime Ministers and Presidents and Hollywood celebrities alike. 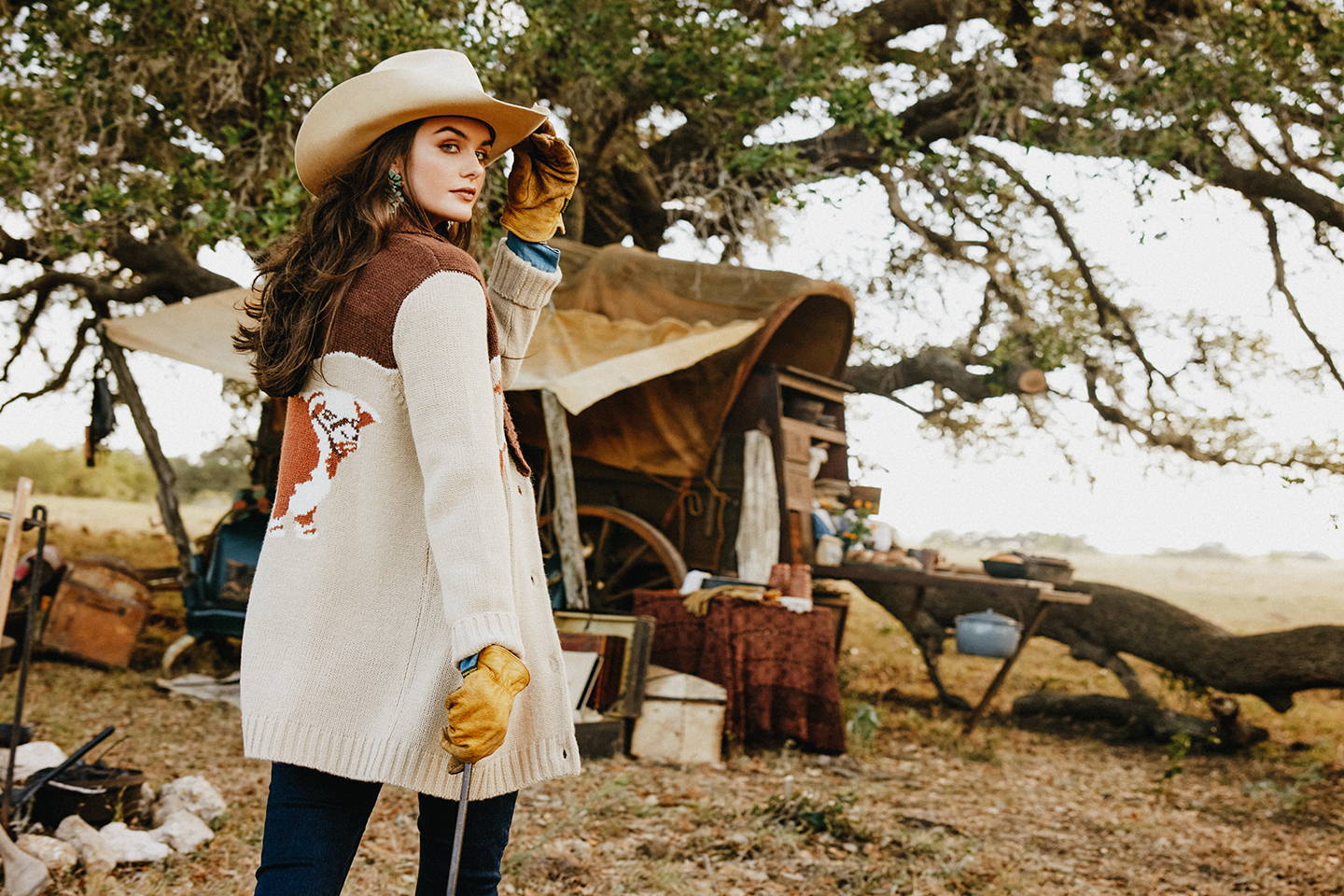 As an artform does, the style spread across communities and eventually countries, and the technique was taught to artisans outside the Valley, with emphasis on the key element of a Cowichan sweater: it’s woven (or knit) as a singular piece, with no seams. As it transcended the population, people started putting a little of their own personality into the designs, while keeping with the core aesthetic. 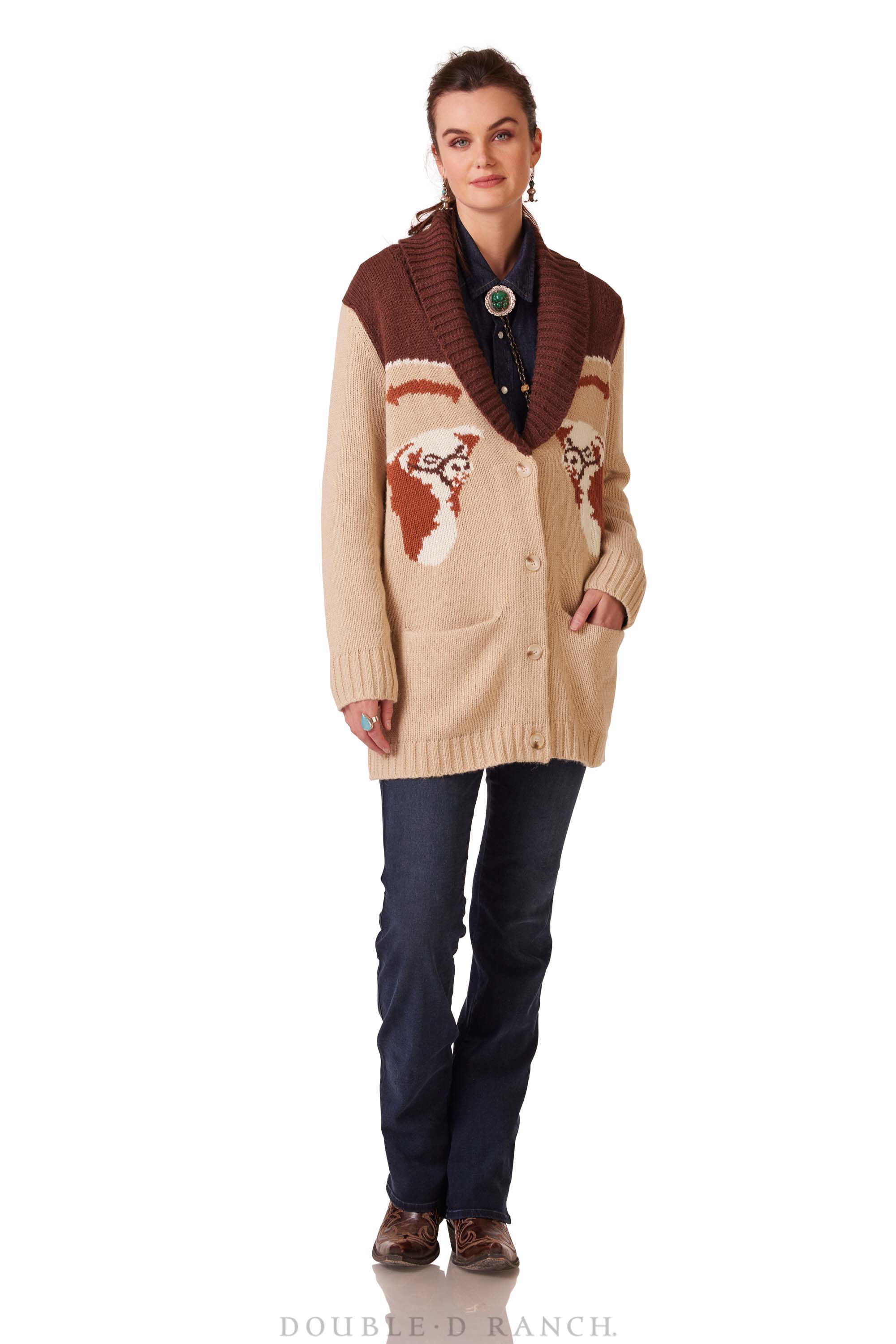 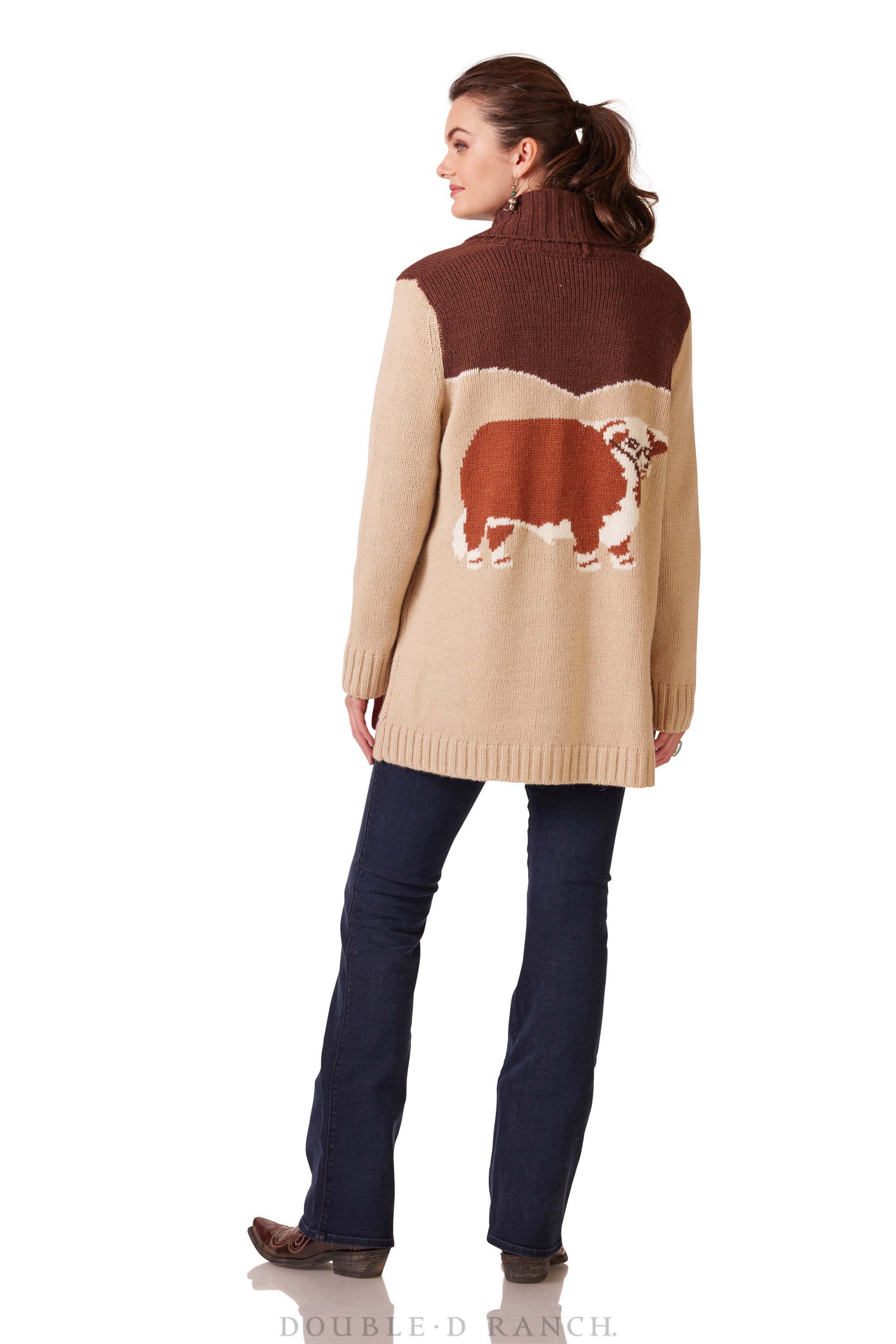 Over the centuries, it’s seen ebbs and flows in popularity, but in the 1960s and ‘70s there was a pervasive presence of these Western-themed knits – like with horses and horseshoes and herefords – in earthy tones and, well, these cardigans are making a major comeback. 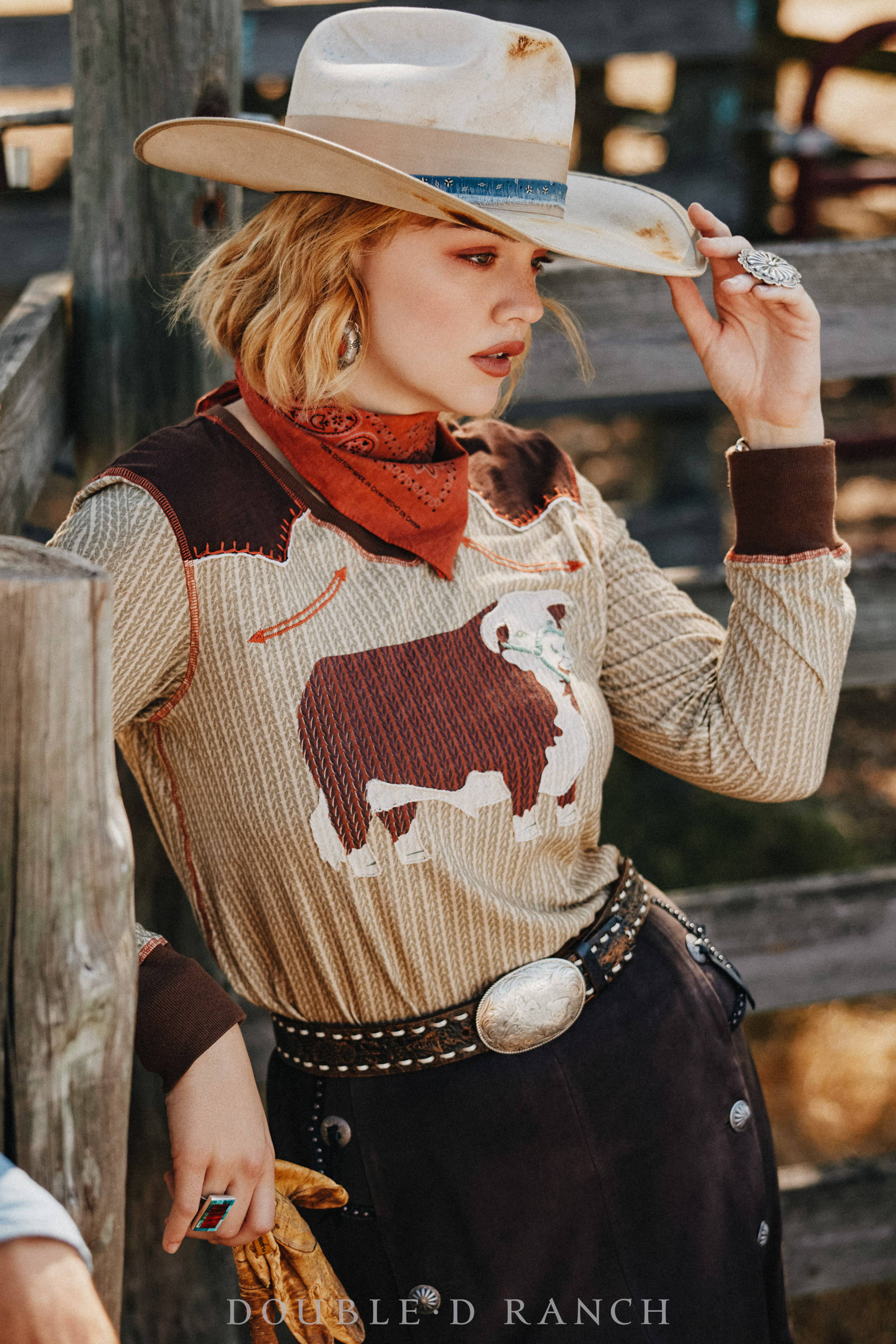 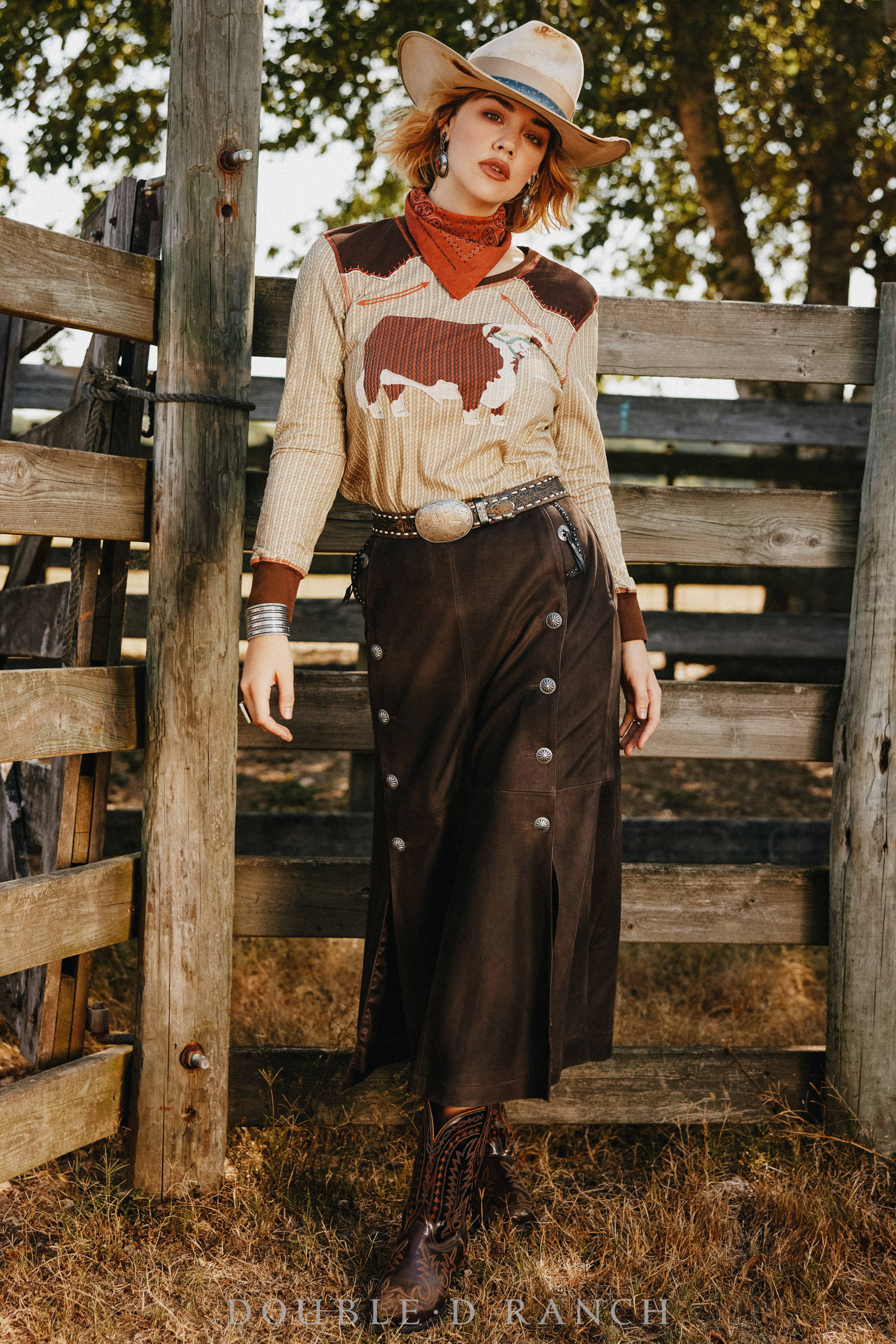