We’ve said it before: not every romper is for everybody, but there is a romper for every body. That’s why we decided to shift the silhouette this season. Here’s what’s new. 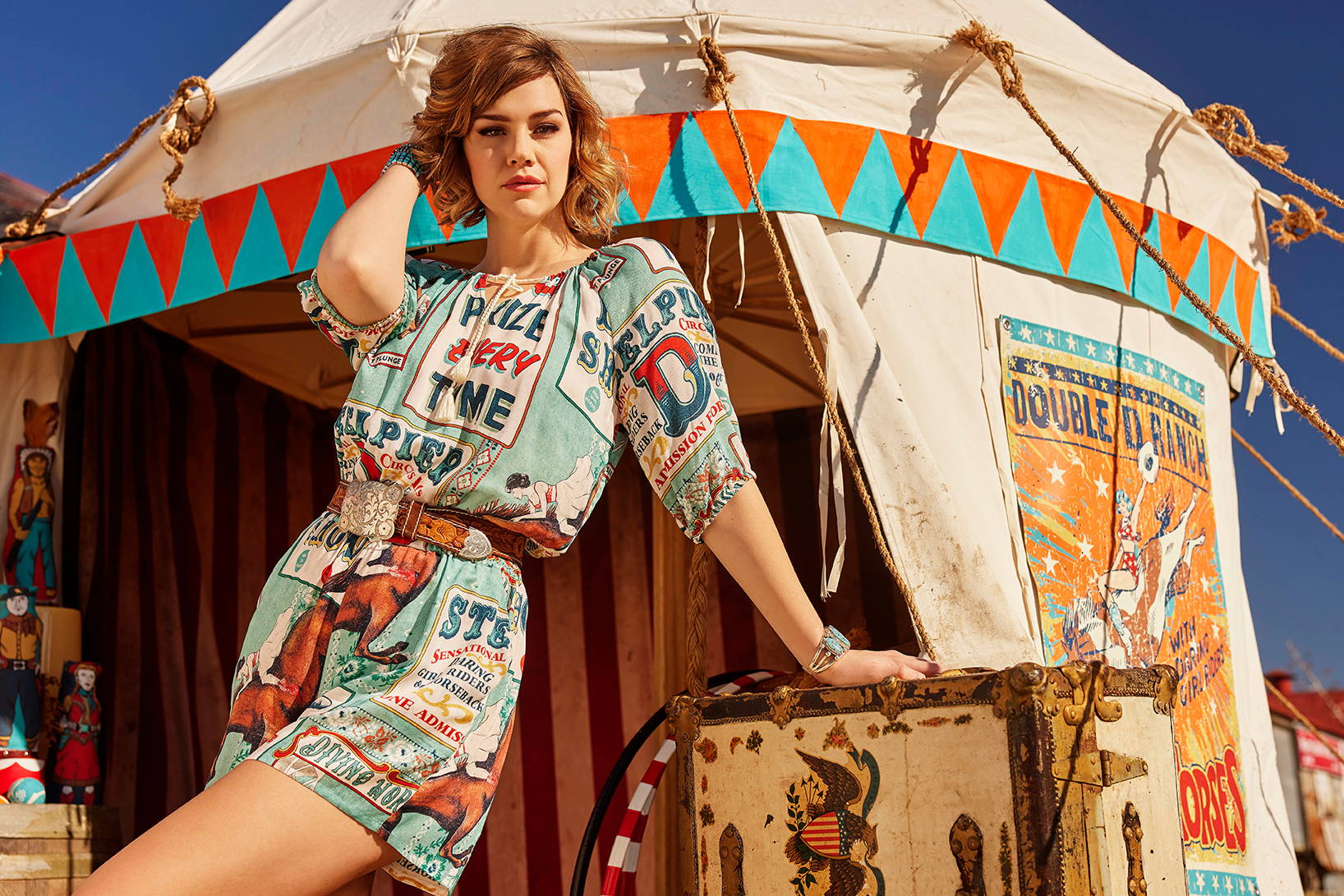 This is absolutely the sleeve of the season, whether you’ve noticed it or not. Some are going full-volume, some are going straight line, and some are falling somewhere in between, but you’re going to notice a big influx of sleeves hitting right at the elbow. The elastic cuffs give it more of a tailored, finished look that’s still relaxed.

HERE’S WHY IT WORKS: It’s ultra-flattering without being restrictive or too hot. If you’re one of those gals who doesn’t feel comfortable in bare arms, this is your summer to shine! 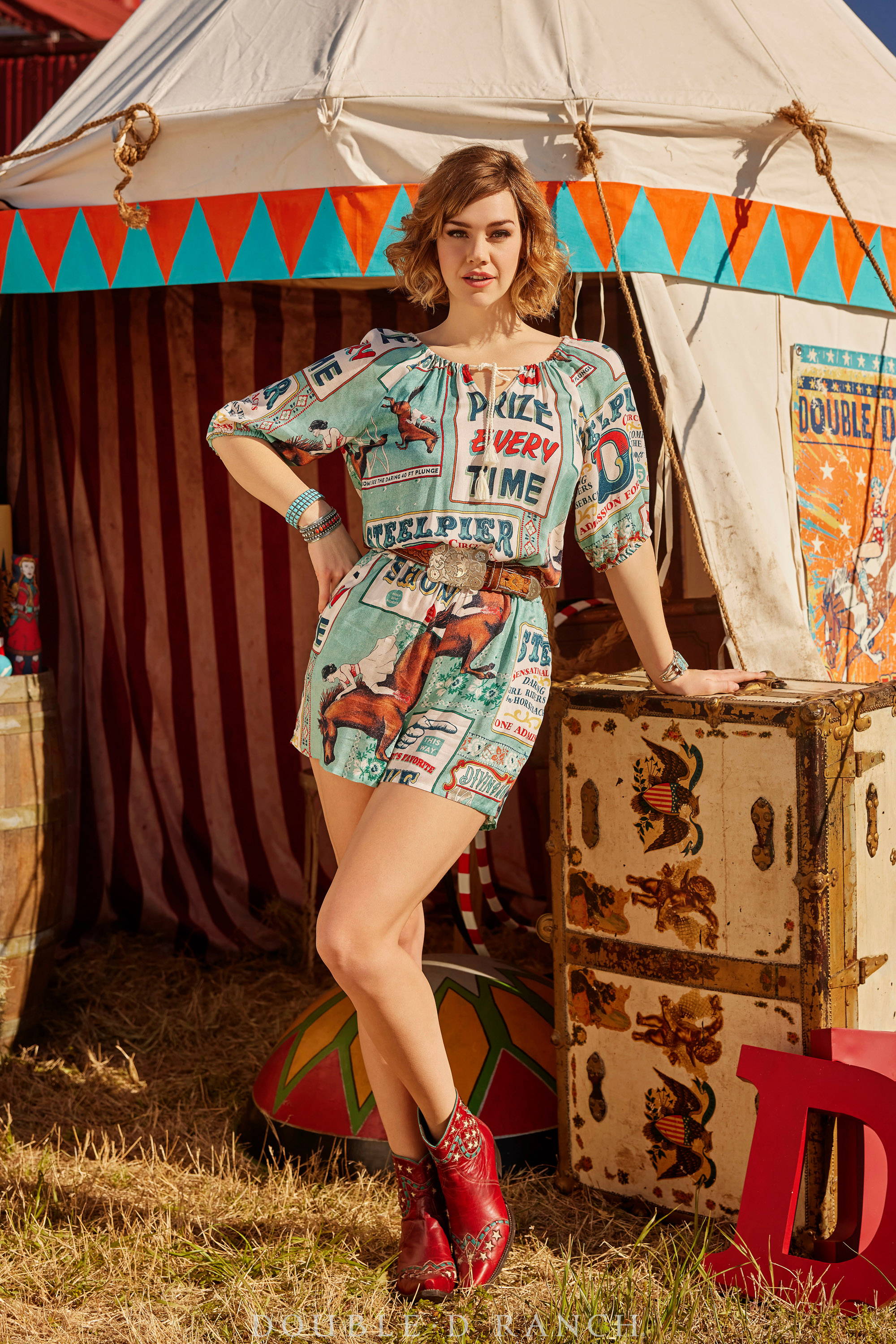 We’ve ventured into V-necks. We’ve played around with pearl snap plackets. In Traveling Show, we’re opted for a gathered boatneck with a tie-string keyhole.

HERE’S WHY IT WORKS: Versatility. This style allows for some give in the top which can flatter a wider variety of body types, like those with slightly broader shoulders or bigger busts. It also provides for a little personalization, whether you want to wear it open or tied. 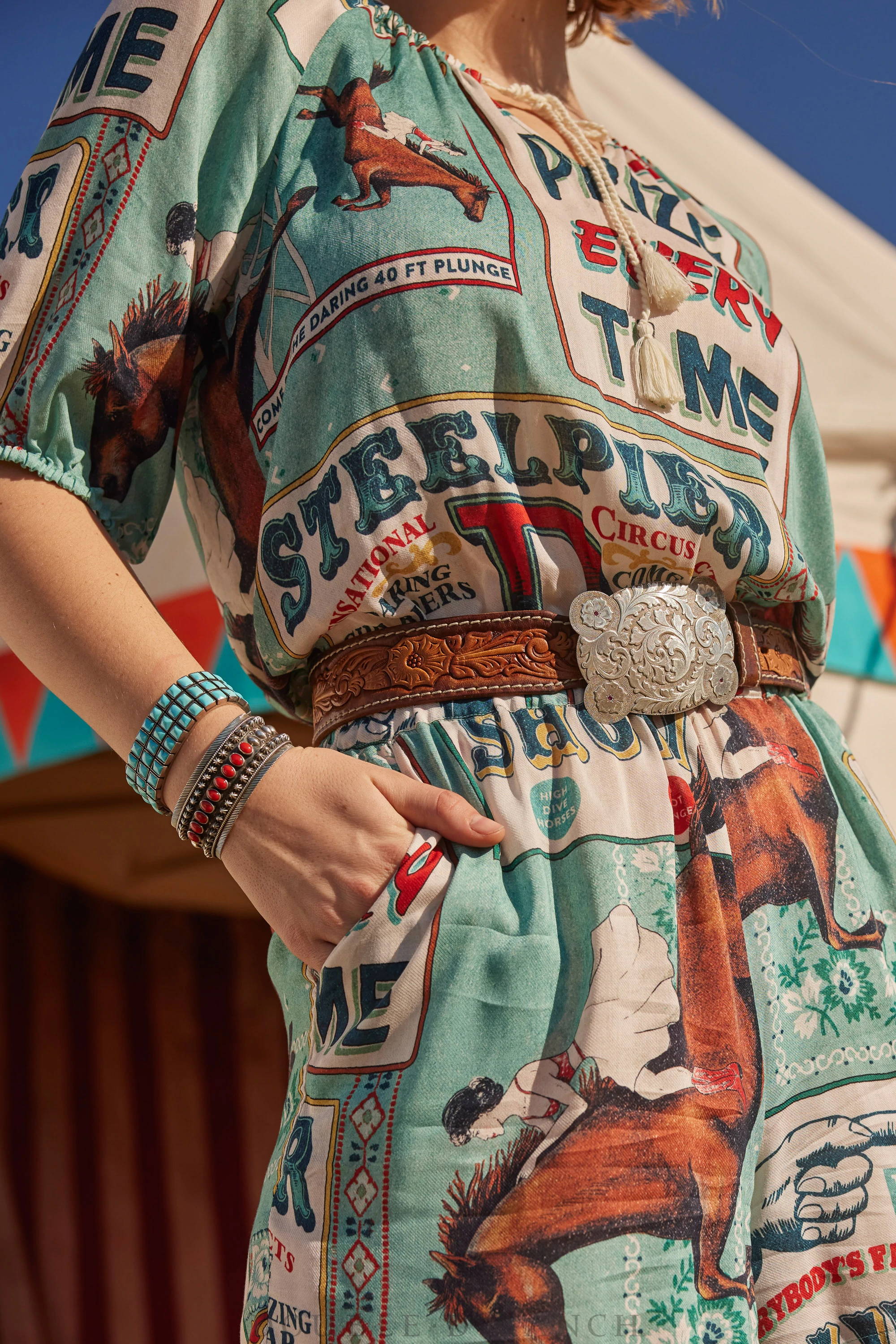 In previous versions, the waistband has been a narrow elastic – between about ½” and 1” – which has worked with the more flowy and bubbled silhouettes. Because the Traveling Show Romper is a little more tailored (though still fairly relaxed), we went with a wider 3” elastic waistband.

HERE’S WHY IT WORKS: It’s flattering; aesthetically, it functions as an intentional element of the outfit – like a built-in belt – rather than just being the dividing point/creating a waist, like the more narrow version. (This was actually one of the most requested updates to the romper, so we’re excited to share it with you this season!) P.S. Just because it works visually as a self-belt doesn’t mean we don’t highly encourage you to belt it – show off, girl!

Rompers are a trend that is still rampant on the runways and it isn’t going anywhere anytime soon, so we really encourage you to experiment with a range of rompers until you find the one that feels right to you! We promise, once you’re on the romper wagon, you’ll wonder why you waited so long.

A wide belt with a bold buckle, a pair of summer shortie boots, and an arm full of stackers that pull in some of that red, blue, and turquoise!